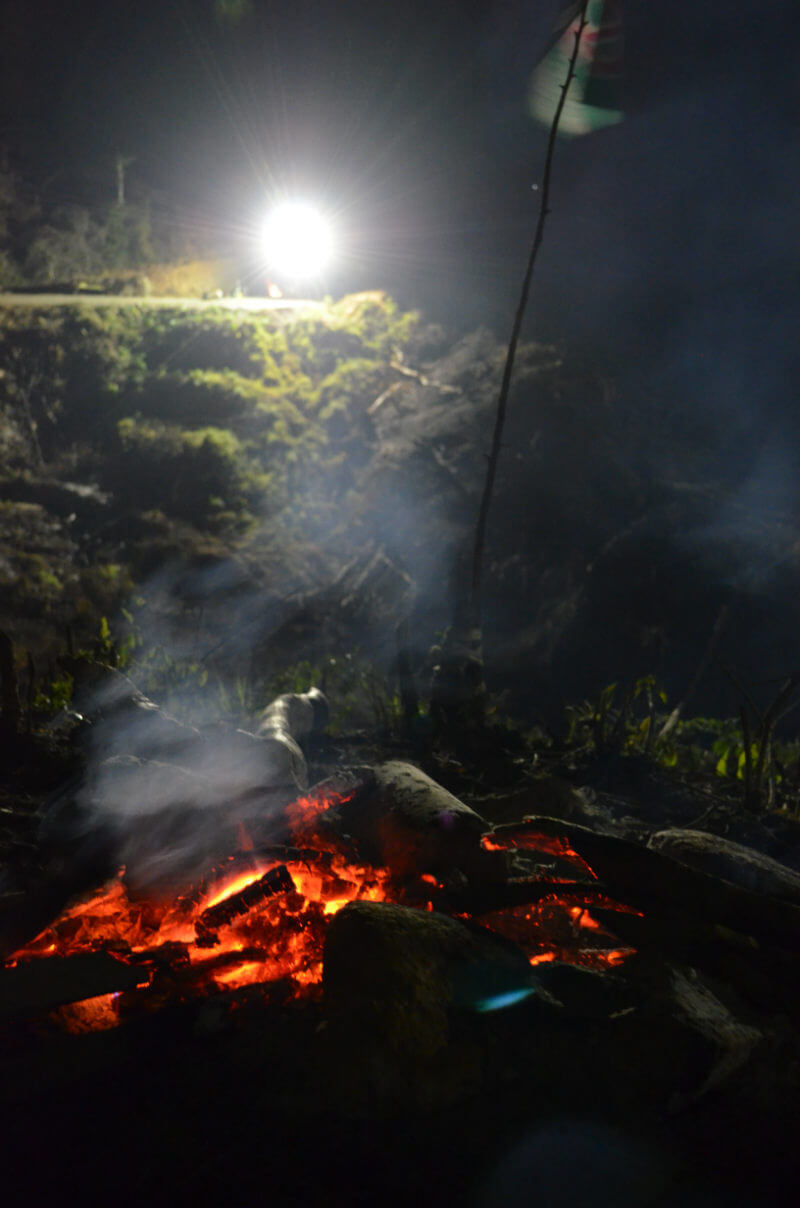 All Photos by Robin Llewellyn
Support our journalism. Become a Patron!

PANAMA—The controversial Barro Blanco dam project will face another challenge today when the Cacica Silvia Carrera presents a demand of unconstitutionality before Panama’s Supreme Court of Justice regarding Law 18, passed on March 26, 2013.

With Article 127 of the Panamanian Constitution protecting collective ownership of lands and prohibiting private ownership of indigenous territories, Law 18 was rushed into place by President Ricardo Martinelli to allow the legal appropriation of collective lands, particularly lands held by the Ngäbe communities of Nuevo Palomar, Kiad, and Quebrada Caña. All three communities face land seizures as a result of the dam’s construction.

Genisa, the Panamanian company developing Barro Blanco, initially argued that no land within the Ngäbe-Buglé Comarca would be affected by the 28.85 MW dam project; but then claimed that the indigenous communities had consented to the dispossession of their territories. The project has been approved by the UN’s Clean Development Mechanism, and is supported by the Central American Bank for Economic Integration, the Dutch state development bank FMO, and the German development bank DEG.

The Cacica will present the demand on behalf of the 10th April Movement (M10), which has led indigenous resistance against the dam and which tomorrow celebrates its 15th anniversary, and the Strategic National Alliance of the Panamanian People for the Right to Life, to Health, and to Natural Resources. M10 Coordinator Ricardo Miranda comments, “We are fighting for nothing other than the complete cancellation of Barro Blanco – the Strategic National Alliance combines diverse organizations who are all united against the dam, and what we want is the law: Barro Blanco cannot do this to collective land.”

Genisa has been clearing the Tabasara River valley of its forests since last year, cutting and then burning the trees to reduce methane emissions and secure carbon credits for when the dam would be completed. On March 18, 2014, M10 blocked the company’s access road into the valley to prevent the clearing of Comarca land, and set up a line of protest camps which are permanently manned by volunteers from the valley and other communities in the Comarca. 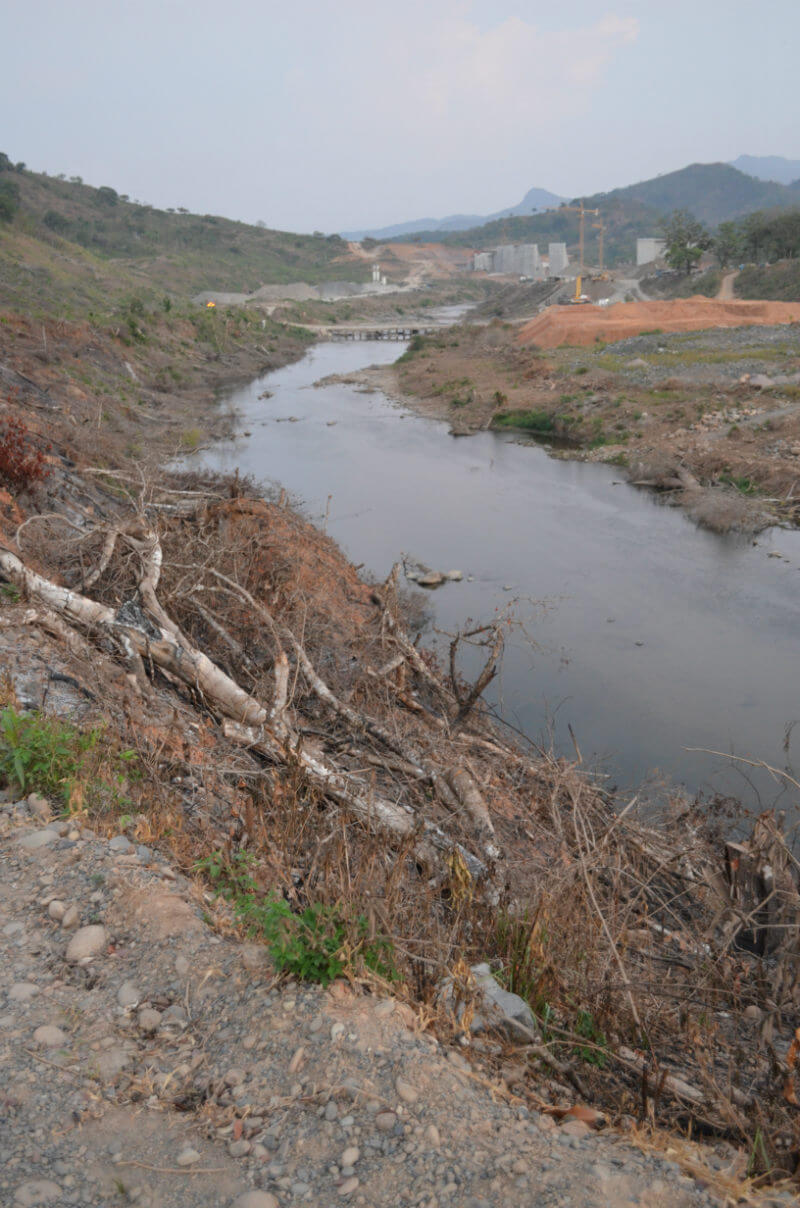 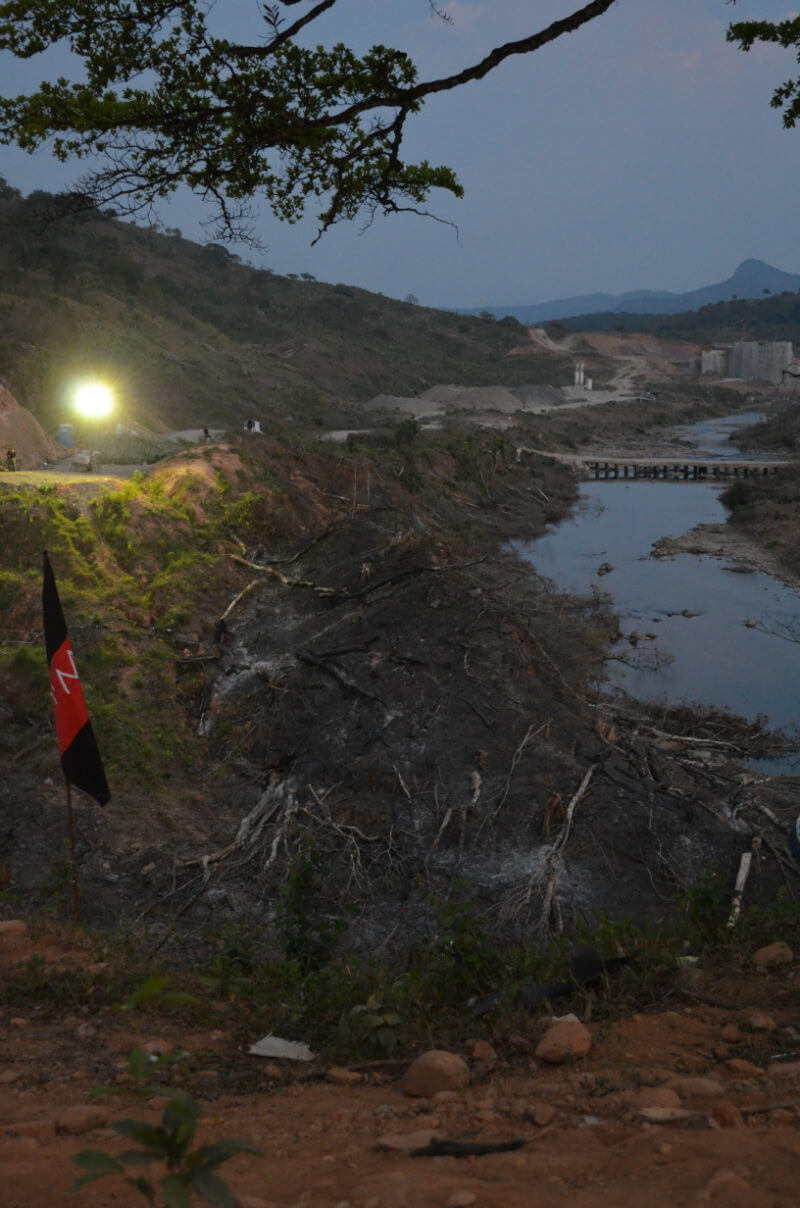 The protest camps lie beyond the bounds of the Comarca on land purchased by Genisa from cattle ranchers; the furthest camp holds a strategic position barring the company’s access through a narrow point between the river and steep hillsides. The mountains stand deforested up to the planned water-level, but further upstream towards the Comarca the trees persist. 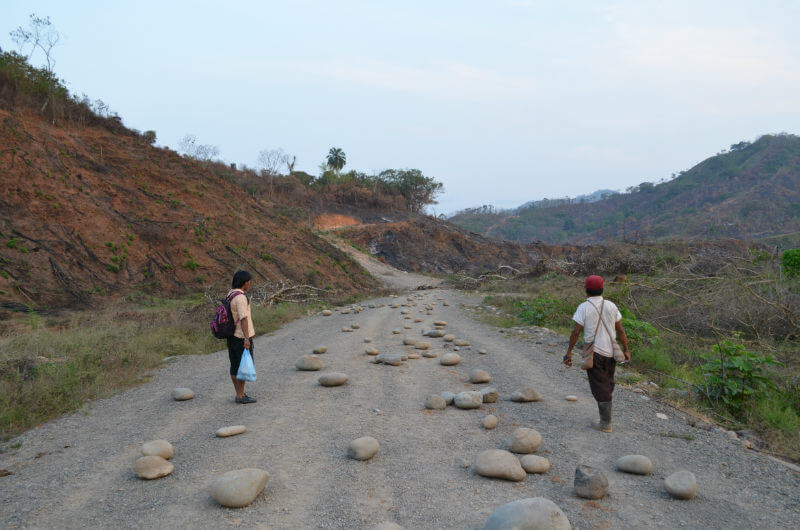 “The destruction you see here is the destruction that will be visited on Nuevo Palomar, Kiad, and Quebrada Caña,” says Ricardo Miranda. “The Dutch and the Germans need to know where their money is going. The German Bank [DEG] says it’s not investing in Barro Blanco, but they’re investing it through the cover of [Panamanian enterprise] Multibank [owned by Gabriel “Gabi” Petesh and Felipe “Pipo” Virzi, owners of Consorcio Tabasara SA. Virzi is brother-in-law to President Martinelli]. It’s a grand hypocrisy because Germany and Holland are vocal about their human rights records.”

Police camps now occupy positions facing the protestors. Before dusk, they train four-strong batteries of powerful spotlights on the Ngäbe camps, leaving them running on generators through the night. The lights hurt the eyes and make sleep almost impossible; protestors read newspapers through the small hours by the strength of the spotlights. 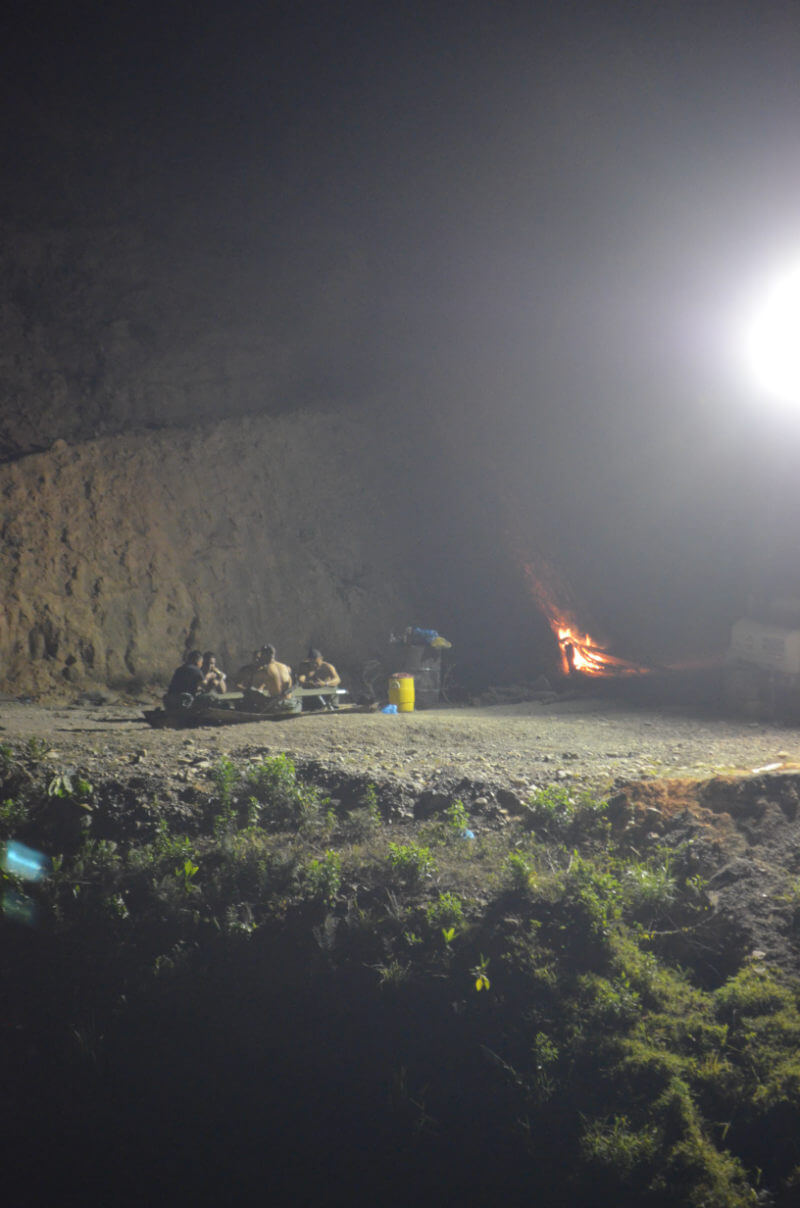 Police by their lights.

Protestors are confident, however, that no attacks will be mounted by the Police before Panama’a national election on May 4. They beleive the ruling Cambio Democratico party is reluctant to face headlines of violence while it is engaged in a neck-and-neck election race with the Revolutionary Democratic Party, and expect an attack immediately after the election, on May 5.