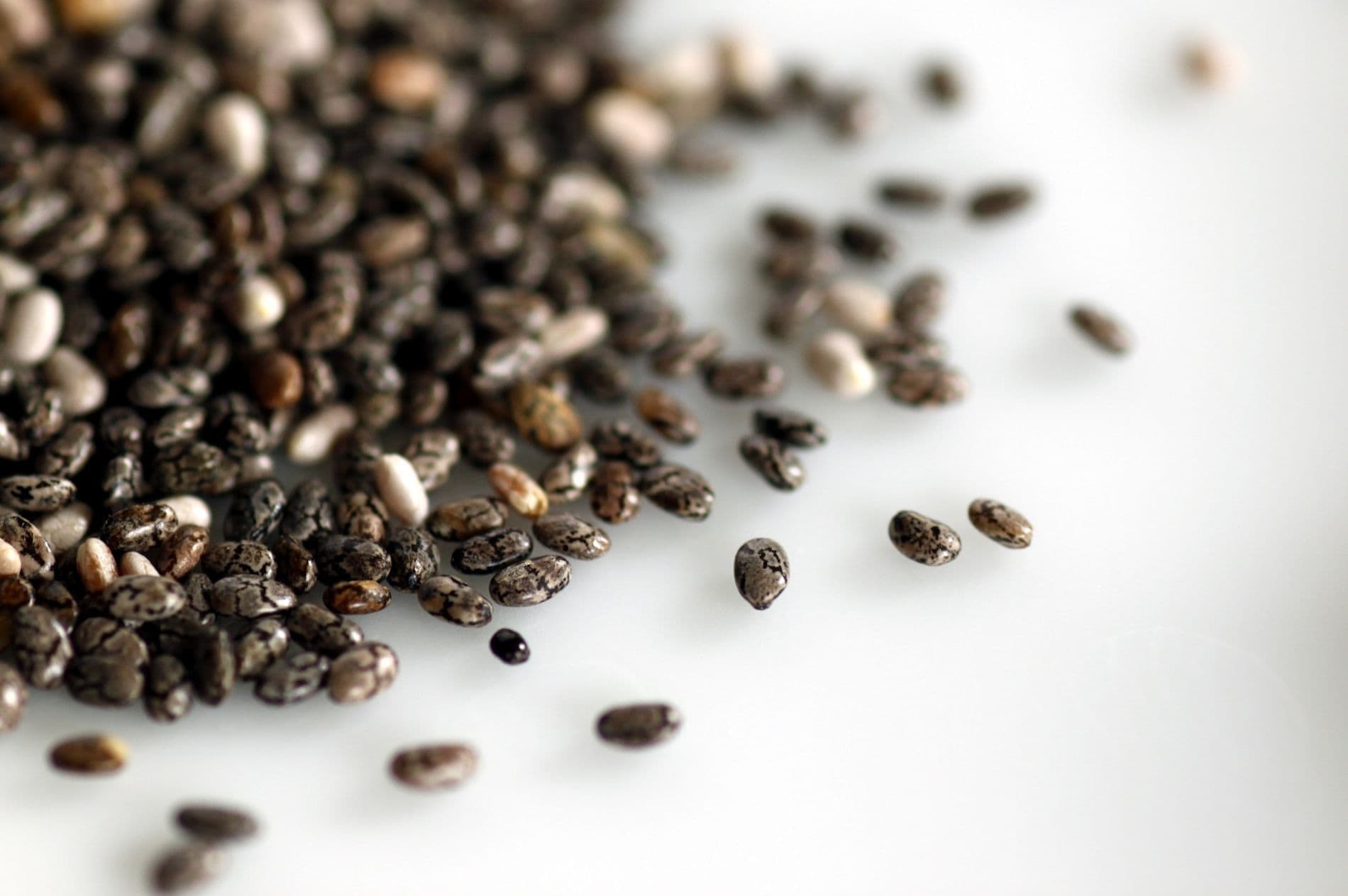 Chia has been a staple of Indigenous Mesoamerican cultures since pre-Columbian times -- used for medicinal and spiritual purposes. Photo: Stacy Spensley/flickr (CC)
Support our journalism. Become a Patron!

A new study designed and conducted by IC contributor, Dr. Courtney Parker in coordination with the University of Georgia, Athens – found evidence that Latino immigrants continue to seek TIM (Traditional Indigenous Medicine) health service providers, even in cases where they have access to insurance and are also treated by a ‘general practitioner’.

IC: What prompted you to design and conduct this study?

Dr. Parker: One of the foundational motivations was not… just… to do the study (which was enough of a reason) but I wanted to conduct a particular sort of study and help provide a template for working *with* Latino communities in Georgia instead of ‘on them’.

It’s not revolutionary. The concept of ‘Community-Based Participatory Research’ (CBPR) is gaining traction throughout the scientific world – as is the importance of qualitative research, in general. We’re realizing that treating people and communities as numbers has obvious limitations. Statistics are helpful but they don’t paint a full picture.

Assessing communities from afar, our vision can be skewed by confounding variables we wouldn’t even imagine to consider, and – often, quite unconsciously – we fill in gaps of information with subjective or subconsciously-ingrained assumptions.

These assumptions are made because we (usually) lack vital information in some way concerning the communities or individuals we genuinely want to support; and, we have to train our brain to recognize this as academics – and, as journalists for that matter.

IC: And more specifically, what question or questions were you seeking to answer when you designed and conducted this study?

Dr. Parker: The broader question I was attempting to discern was:

‘To what extent are Latino immigrants in Georgia accessing TIM, and why?’

And then, further down the line was:

‘How can we help bridge gaps in access to healthcare via opening the lines of communication between these community based health service providers and the more mainstream health service community?’

A lot of research had already supported my working hypothesis that TIM providers were valuable members of our healthcare ecosystem – especially, I had learned over a period of time prior to the study, for our Latino communities as a whole – and should be recognized as such for their stabilizing presence regarding the public health of our communities, state, and beyond (and, the economy for that matter).

IC: What were some of the key things you found about TIM and TIM practitioners?

Dr. Parker: Each person I met that was serving in a TIM-related health service role was very unique. Of course, I mean, some were also from different countries. There was some general distrust in western medicine, but not ubiquitously. There are barriers to insurance for many but not all of their clients. Many clients access both botanicas and allopathic care.

All botanica proprietors surveyed reported they regularly treat people who only speak Indigenous languages which means we have Indigenous Peoples immigrating here that are marginalized in a compounded manner – but I was told these individuals usually arrive with a group of interpreters. More interpreters are needed as a whole in the Georgia healthcare system, though. There is no telling how many Indigenous language speakers are slipping through the cracks entirely because they don’t speak Spanish or English.

As far as services, some specialize more in herbs; some even more on vitamins (which was interesting to see); of course some offer spiritual services; and, some do a little of everything.

IC: Can you explain more about the ‘barriers’ to healthcare you documented?

There are fiscal barriers to more mainstream healthcare for some individuals who access botanicas, regularly. These include being uninsured or being under-insured.

Perhaps most strikingly, there are political barriers (which seem to manifest largely on a psychological level – like crippling fear) in accessing public health facilities.

Speaking to the latter, individuals are – and this has been found in at least one other study – less likely to seek even basic health services for fear of politically motivated discrimination or persecution. This behavior modification seems to accompany draconian rhetoric around immigration at regional levels or beyond.

It’s not a good thing. Health is like the environment. There are no finite borders between any of us.

However, none of these obstacles to mainstream care fully explain the preference for or concurrent treatment from TIM providers. I don’t want that point to get lost.

IC: Can you unpack the phrase, ‘Latino communities’?

Sure. Trying, for the sake of being succinct, to describe Latino immigrants as a singular entity is not the ideal… but it’s done. And, it’s done largely because many individuals self-identify as such (personally and / or professionally). So, community level issues emerge at points.

IC: Explain more about the barriers not fully explaining an observed preference for TIM.

Again, one point among my key findings was that even when individuals or families did have access to health insurance, and the means to seek allopathic (i.e. ‘mainstream’, ‘western’) treatments, they still went to the TIM providers – either first or after (or both, potentially) for a first or second opinion, or to explore alternatives to the expensive, less ‘natural’ treatments which a specialist or general practitioner might have prescribed to them.

It was reported that at times people would access an allopathic provider for a diagnosis, and a TIM provider for their treatment.

What I deduct from this is that these two, culturally juxtaposed, health service entities could be working together for the sake of their patients and larger community.

There is evidence that a symbiotic nature could emerge since individuals are accessing both even when the barriers observed are removed (i.e. individuals are insured or are secure in their immigration status, and such).

IC: Did many explanations emerge about the preference for TIM?

Dr. Parker: Yes; my impression – from a narrative that became rather ‘saturated’ (repeated) as they say in qualitative research – is that in Latin America, many healthcare systems already operate more foundationally through so-called, ‘integrative medicine’.

Meaning, that many Latino immigrants arrive in the U.S. with a predisposition to seek out natural cures; and, they try to temper some of the more invasive and ‘less natural’ forms of allopathic medicine they encounter, here…

Many individuals also access TIM providers at least in part to fill in gaps in access to care they experience regarding more mainstream health services in the U.S. – after arrival…which I’ve already noted.

There seems to already be what one might call a Pan-Latino cultural preference for more integrated medicine – and, a desire for ‘cultural continuity’ – and, more, sort of, gentler remedies (like herbs and vitamins, lifestyle changes).

I was repeatedly told that many Latino immigrants had a different attitude towards pain; in that, they didn’t necessarily seek to all out avoid it as much…psychologically or physically…And, some believe that experiencing certain types of pain make one stronger and provide the body with the means to heal more effectively or holistically.

There are some really neat studies going on about different attitudes Latino immigrants are bringing into our health systems right now; and, there have already been so many great ones done – specifically even on botanicas, which were the basis of my initiative.

UCLA is doing a lot of great work. I did a presentation for one of their workshops during my research; and, what they had put together was really inspiring.

IC: What direction is the research, and your research, pointing in as far as supporting the use of TIM across broader communities?

The research is painting a big picture that must take into account myriad perspectives and possibilities to explore ‘unintended consequences’.

Official efforts of legitimizing TIM in regional and national healthcare systems would of course lead to more… oversight… of some sort in – I don’t know if you can call it an ‘industry’ – but the community, perhaps. Some, as I’ve been told, would like it; some would not…

Interestingly, it was predominantly the women practitioners who agreed to speak with me for the study; and, as a distinct demographic within the community, they also demonstrated the most interest in communicating with more mainstream health service providers and building bridges.

That’s definitely a finding I should not leave out. It’s a finding in the context of my study. The women were generally more open, ready and willing, to connect with ‘outsiders’ (myself included). It would be great to explore this more.

IC: So, what are your personal conclusions and / or recommendations for future research?

Basically, if these community health workers want to network with government public health service providers, or public or private general practitioners, it could be to everyone’s benefit. If they don’t, that’s their choice. Opportunities and attitudes might be explored at a deeper level.

And, research on how to educate each health service culture about the other could be crucial.

There is still a lot of ignorance on the side of mainstream medicine regarding the natural treatments sold by botanicas. Often, a mainstream healthcare worker will advise a patient to discontinue an herbal treatment merely because they don’t know what it is or what it does (and, they reportedly do this to protect their license) – and, the reverse is sometimes true as well.

There wasn’t as much resistance to the idea of vaccinations as I expected to encounter. When you come from a country where not everyone gets all of the vaccines people, in the U.S. for example, take for granted (or, some resist)…Well, concerns about vaccines did not emerge in my experience within these communities. This might be an issue to explore.

Another big issue though, in the long game, is the patenting of any – inevitably – valuable natural treatments which might emerge from bringing more scrutiny on and legitimacy to TIM and TIM providers.

And even beyond patent issues, there can be issues of overharvesting and the depletion of natural medicines. There are other ways communities can be obstructed from accessing their ancestral medicines, too – once they are desired by the global market.

I like to think there is a balance which can be struck…with this…We’ll see.