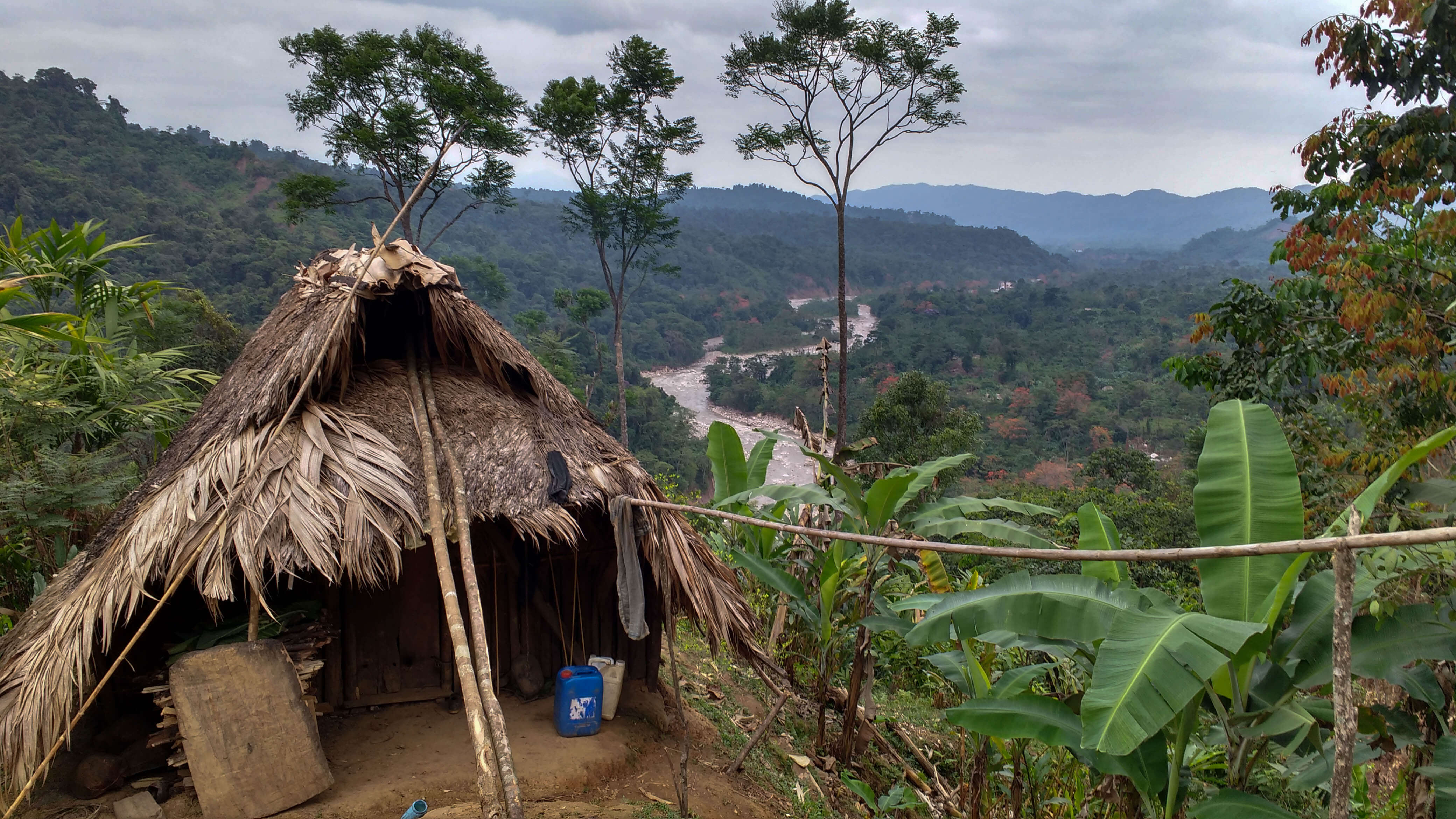 A traditional U'wa hut above the Cobaria River in the eastern cloud forests of the U'wa resguardo, on the border of Venezuela. Photo: Jake Ling
Support our journalism. Become a Patron!

Last month, Intercontinental Cry (IC) had the rare opportunity to enter the U’wa Resguardo, an indigenous territory in Colombia that is restricted to all outsiders. It was there that we met Berito Cobaria, an influential elder statesmen and traditional authority of the U’wa Nation who has dedicated his life to protecting and guiding his people.

Large tracts of land inside their territory have become biological reserves for jaguars, spectacled bears, and a kaleidoscopic array of endemic plant and bird life that do not appear anywhere else on the planet.

But all is not well in the U’wa Resguardo.

Inside a wooden shack in the isolated cloud forests on the eastern border of the territory, three kilometers west of the Arauca river on the Venezuelan border, Berito shares with us an x-ray scan of his chest. It shows the same strain of tuberculosis that is currently ravaging his people. 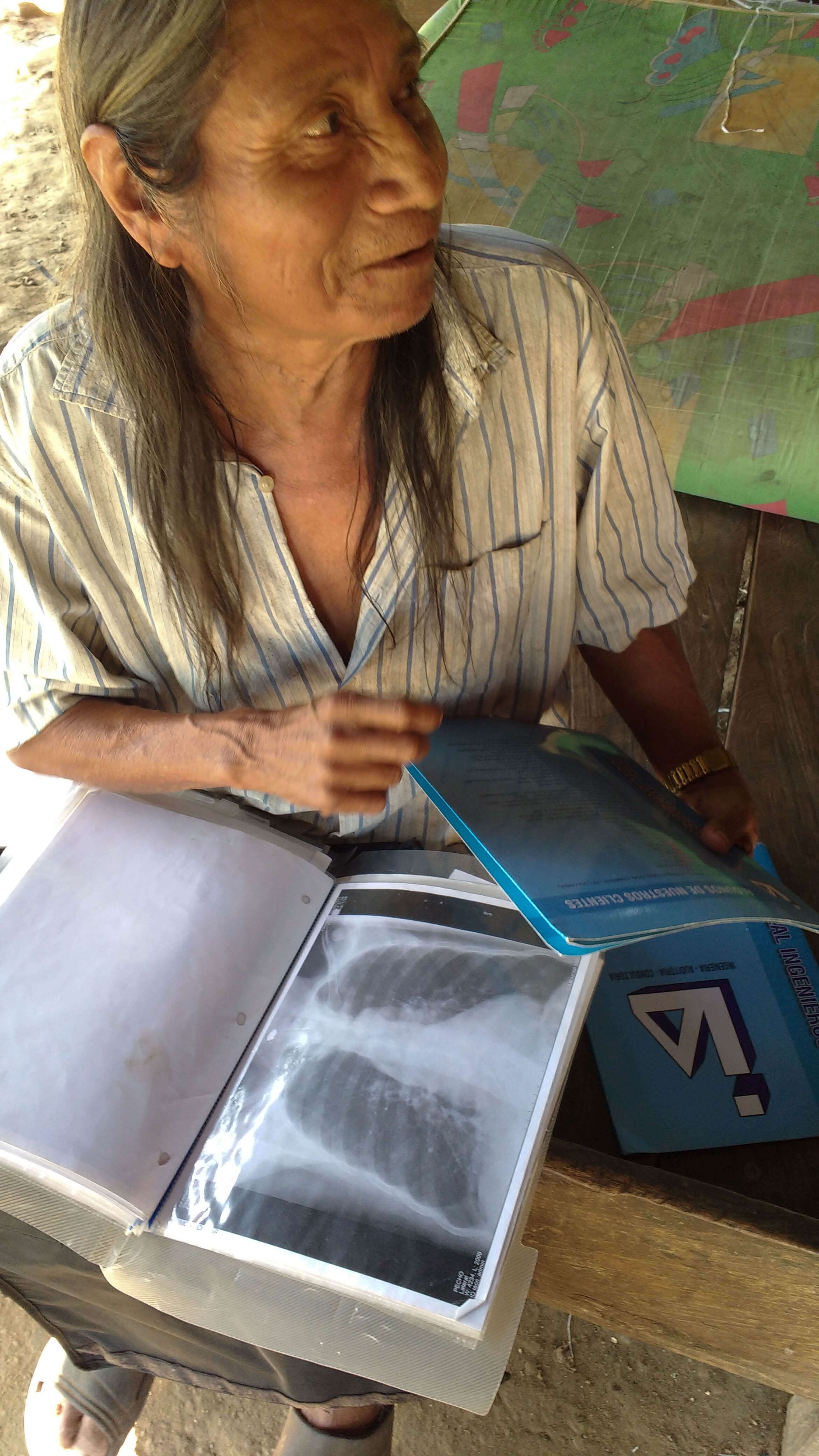 The single-story hospital in Cubará, the nearest town on the river, is poorly equipped and understaffed. Visits from medical specialists are rare because the hospital is located in the “Red Zone” – conflict areas the Colombian government has declared dangerous due to the heavy concentration of guerrilla forces.

The oil wars in the resource rich states of Arauca, Casanare, and Norte de Santander that border the north and east of U’wa territory have turned the region into one of the most troubled and violent areas of Colombia’s half century long armed conflict.

Late last year on the western border of the resguardo in the town of Guican, an ELN ambush left 12 state security forces dead and one U’wa local kidnapped. It is here that an important struggle is currently unfolding as the U’wa people join forces with local farmers to block the entrances to the Cocuy National Park.

The poor administration of the park has damaged its Andean wetland ecosystems and contaminated the water supplies of nearby villages. Outrage was exacerbated in February, when a charity match of high-altitude soccer was broadcast over YouTube. The match took place on the glacier of the U’wa’s sacred mountain Zizuma, the resting place of their divine beings. Over 90% of Zizuma’s Glaciers have disappeared due to climate change.

Although the national park is located inside the U’wa traditional territory, the Colombian government excluded it along with several areas rich with oil and gas reserves when the resguardo was officially recognized in 1991.

To the south of the Cocuy National Park in Boyacá province, land that also once belonged to the U’wa now serves as a permanent military base to defend nearby petroleum wells and launch attacks into the ELN stronghold in Arauca and on the five FARC fronts of the formidable Eastern Block.

As the region plunges into a severe drought — caused by overzealous mining in the Andean paramos, climate change and El Niño — local tributaries have turned into stony creek beds. The crystalline waters they once carried from the snow-capped peaks and glaciers of the Sierra Cocuy and Güicán are now infected with a parasitic worm that stunts the growth of U’wa children and swells their bellies, leaving them malnourished and lethargic while depleting their immune systems. 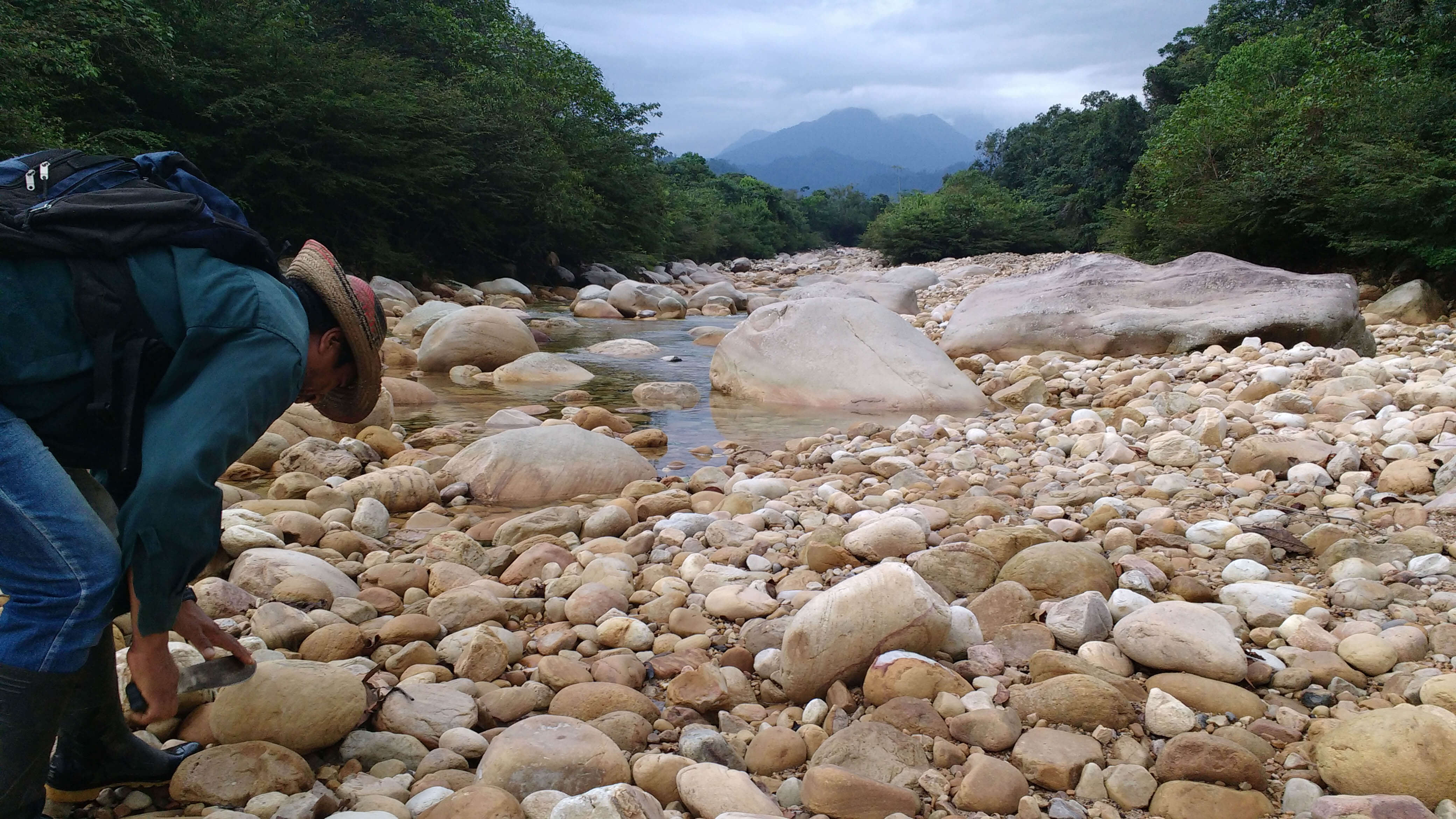 “The government invests all its money in guns and war not education and health,” says Jose Cobaria, a bi-lingual teacher on this now dry river in the U'wa resguardo. Photo: Jake Ling

Yemi Aguablanca, an indigenous leader from Güicán, tells us that “we need to recognize and tell the world that the actual health policies of this government do not guarantee that our U’wa brothers are protected from the disease.”

The government’s failure to provide the region with uncontaminated drinking water or medical specialists to heal the community’s sick is striking.

Meanwhile, the U’wa people’s decades long struggle with the Colombian government as well as state-run and multinational oil companies continues. Despite the prospect of peace between the FARC and government so widely publicized in the press, many U’wa believe the cease in fighting around U’wa territory will lead to a more aggressive push onto their land by multinationals for petroleum exploitation.

As far as the U’wa are concerned, oil is the sacred blood of Mother Earth. Removing it is tantamount to spilling our own mother’s blood. Like the blood in her veins and ours, the U’wa say the oil must stay where it belongs.

In this upcoming exclusive four-part series, to be published during the first two weeks of May, IC will guide you through these and other struggles on the land of the Guardians of Mother Earth.