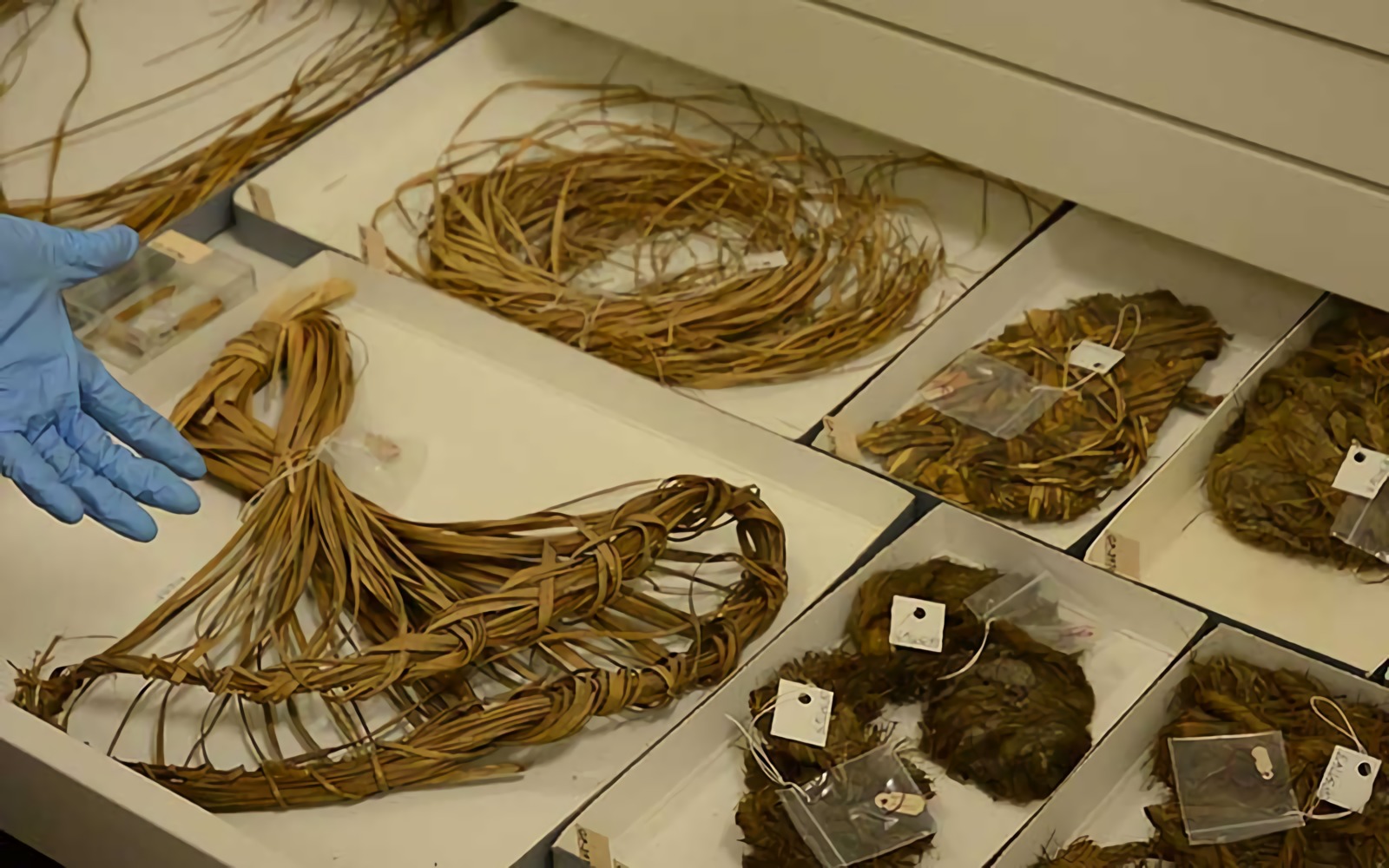 Navajo, Hopi will have objects, human remains repatriated by Finland

An Arizona State Museum worker points to baskets in the museum’s collection in this 2015 file photo. These were not excavated from Native American graves, as the items in Finland were, but are the type of objects typically found in burial settings. (Photo by Kristen Hwang/Cronkite News)
Support our journalism. Become a Patron!

WASHINGTON – The Hopi and Navajo are among 26 tribes that will see the return of ancestral remains from Finland, where the items have been held in a museum after being taken from Colorado almost 130 years ago.

The repatriation, announced Wednesday during Finnish President Sauli Niinistö’s visit to the White House, follows years of cooperation between the tribes and the National Museum of Finland to identify the objects and link them to specific tribes.

They include more than 600 items of ancestral remains and objects taken from an area that is now part of Mesa Verde National Park. They include the remains of 20 individuals, as well as 28 funerary objects, or items buried with the individuals.

Tribal leaders welcomed the return of these items, but lamented that much work remains to be done to recover items from other countries.

Navajo Nation President Jonathan Nez said in a statement that the agreement “is a step in the right direction,” but he added that it’s not the first time tribes have had to fight for the return of tribal artifacts and it likely will not be the last.

“A few years ago, the Navajo Nation was successful in recovering a number of sacred artifacts from an auction house in Paris,” Nez said. “If it has happened to the Navajo Nation, then I’m certain it is happening all across Indian Country.”

Hopi Tribal Council Chairman Timothy Nuvangyaoma said his tribe, too, has been fighting to recover items from Paris and elsewhere. 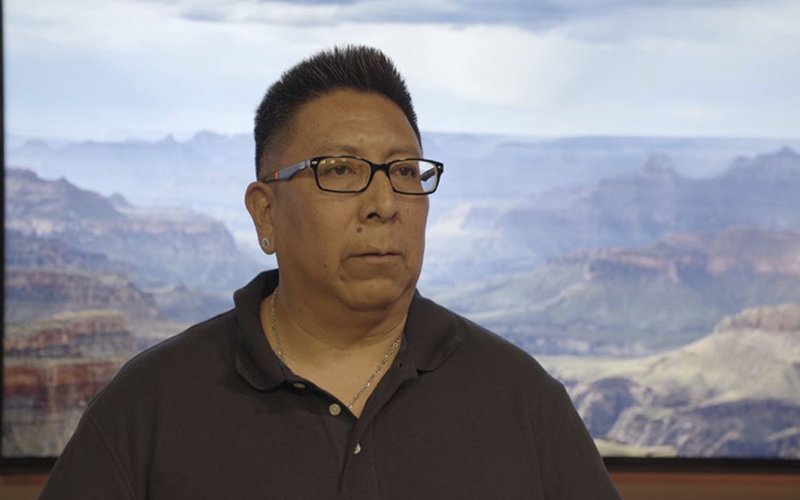 Hopi Tribal Chairman Timothy Nuvangyaoma thanked the government and other tribes who worked for repatriation of items from Finland, but said more must be done, that there are still “living, breathing people out there and they need to come home.” (Photo by Frankie McLister/Cronkite News)

“This is still happening out there today, there are still some unresolved matters out there,” Nuvangyaoma said.

In a news release announcing the repatriation, the Interior Department said the remains were originally excavated in 1891 by a Swedish researcher. They eventually found their way to the National Museum of Finland where they were put on display as part of its “ethnographic collection.”

No date was given for the return of the items. The Interior release said only that the department “will be working diligently on arrangements to transfer the remains and items to identified recipient Pueblos and/or tribes.”

“For too long, sacred Native American sites and items have been damaged and stolen by those who faced little to no consequences,” O’Halleran said in a statement Thursday. Sinema pledged in a statement to “continue partnering with Navajo and Hopi leaders, and working to ensure tribal sovereignty and cultural history are respected.”

O’Halleran – whose district includes both Navajo and Hopi lands – is a co-sponsor on the Safeguard Tribal Objects of Patrimony Act, or STOP Act, aimed at returning tribal items. Sinema and Sen. Martha McSally, R-Ariz., are both co-sponsors of a companion bill in the Senate.

If passed, the STOP Act would double existing penalties on those who steal or traffic in stolen items of Native American tribal heritage. It would also confirm the president’s authority to enter into agreements with foreign leaders to return stolen items to their appropriate tribes.

The act builds on the Native American Graves Protection and Repatriation Act, a 1990 law that made it illegal to traffic Native American cultural items, funerary objects and objects of patrimony. It also required the return of such objects and created a system where museums, tribes and the federal government could identify tribal cultural items, and work to get them back to the appropriate tribe.

NAGPRA has a grant program to help tribes with the costs of repatriating stolen items, and a seven-member commission oversees the law’s implementation, and settles disputes between individuals and/or tribes over items.

The House version was referred to the Judiciary, Foreign Affairs and Natural Resources committees. It had a hearing Sept. 19 before the Indigenous Peoples of the United States subcommittee of Natural Resources, but no action since, and is still awaiting a hearing in the other two committees.

Nuvangyaoma thanked the government and the tribes who worked for Wednesday’s agreement with the Finns. But he said it’s past time to act, and he called on the public to help tribes like his bring their ancestors home.

“If you can be of some help in helping us come up with some of these individuals, to help us spread the message that, again, these are living, breathing people out there and they need to come home,” he said.

This article was originally published by Cronkite News. It has been re-published at IC under a Creative Commons License.