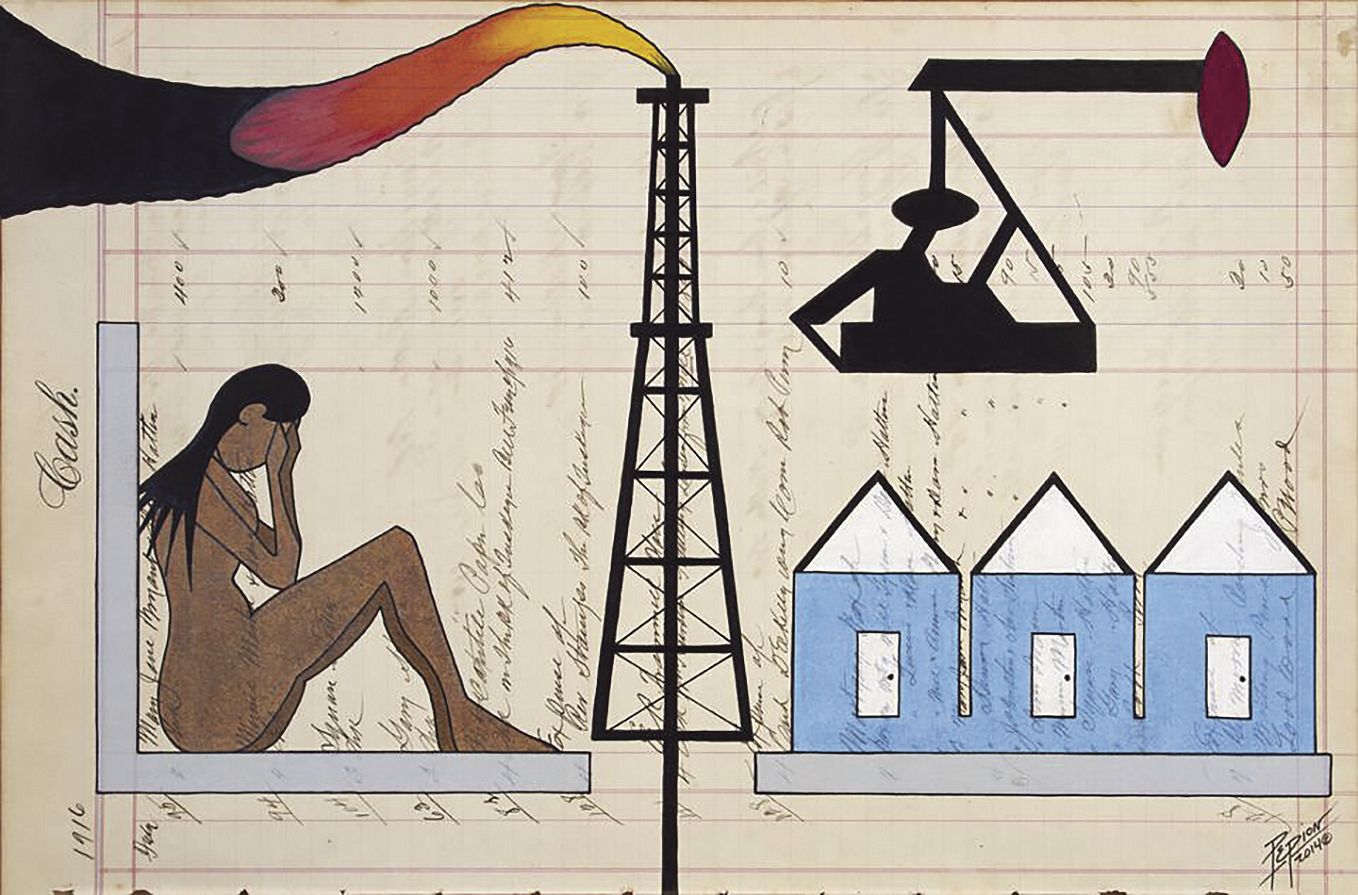 Later this month, the South Dakota Water Management Board will be holding five hearings on water permits needed for the Keystone XL pipeline expansion, which will cross several rivers as it makes its way from the tar sands in Alberta to Steele City, Nebraska. If the pipeline expansion is approved — it’s been on hold for nearly a decade — it will affect several tribal and First Nations communities along its route. Tribal activists fear this will bring not only economic and environmental impacts, but also sexual violence.

Angeline Cheek, a community advocate on the Fort Peck Reservation in Northeastern Montana, is vehemently opposed to the extension. As proposed, Keystone XL would cross just a few miles from the western side of the reservation. On the eastern side, across the North Dakota border, are the Bakken oil fields.

Cheek’s organization provides workshops and information to reservation residents on the dangers of man camps in the Bakken area. Man camps are large company-owned housing units that people who come to work in the oil fields can move into.

With the Bakken oil boom, these man camps have increased in the region. Population growth because of an extractive industry leads to a surge of individuals — mostly men — who are paid well and living temporarily in rural areas they aren’t otherwise connected to. Since the boom, violent crime, sex trafficking, and rape cases have increased, according to tribal police and local activists. 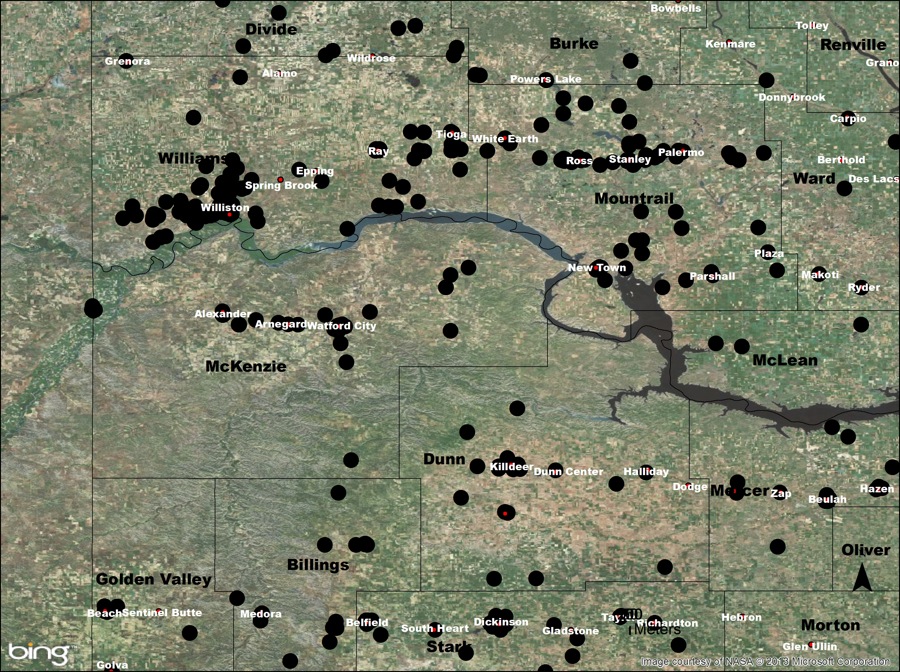 A map of Man Camps in North Dakota. C/O mediterraneanworld.wordpress.com

Cheek and a group of advocates — whose motto is “no fear” — have also created a safety plan with input from the community in anticipation of these impacts. Part of the proposed plan is a text- and call-based early warning system to alert community members of missing people; AMBER alert is only for children.

Though the group has received support from some tribal programs and the broader community, tribal leadership has not signed onto the community safety plan. “I have relatives here who I don’t want to go missing,” Cheek said. “The tribe needs to start thinking ahead. …The tribe should be doing the work I’m doing. They should be thinking of preventative ways to keep the community safe.”

National attention turned to the Bakken in 2012, when Sherry Arnold, a white teacher, was raped and murdered by two men who came to the Bakken in search of work. Yet many Native victims don’t receive this kind of support,  Cheek said. “When something happens to an Indigenous person, to a Native person, why isn’t that being heard? We’re just another number.”

The Sovereign Bodies Institute’s MMIW Database — the only comprehensive, up-to-date database tracking missing and murdered Indigenous women in the U.S. and Canada — details 529 cases of missing and murdered Indigenous women in Montana, North Dakota, South Dakota, and Nebraska, the states which Keystone XL will traverse. Nearly 80 percent of these cases are unsolved or no perpetrators have been found, and 30 percent are active missing persons cases. One of those women is Olivia Lone Bear, whose body was found nine months after she went missing from the Fort Berthold Reservation in the heart of the Bakken in October 2017. Some fear these numbers will increase if more man camps come to the Great Plains region. 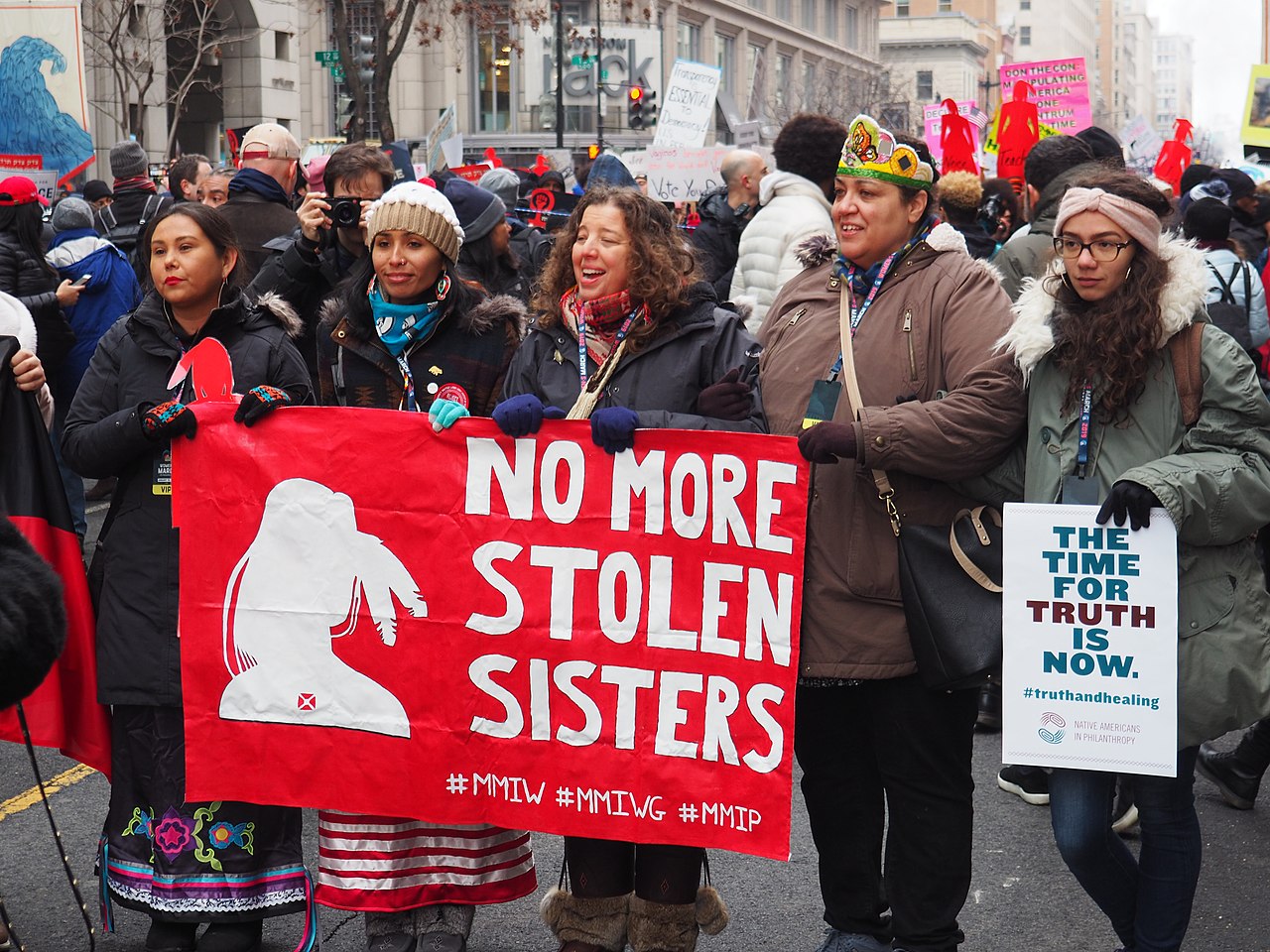 The Canadian government has begun to recognize the connection between the extractive industry and violence against Native women. In June of this year, Canada’s National Inquiry into Missing and Murdered Indigenous Women and Girls released a 1,200-page report concluding three years of community hearings, story gathering, and forensic research. The report showed a strong link between extraction zones on the missing and murdered women crisis in Canada. It specifically cited rotational shift work, sexual harassment in the workplace, substance abuse, economic insecurity, and a largely transient workforce as contributing to increased violence against Native women in communities near fossil fuel infrastructure.

Also, as an Amnesty International report notes, transient workers are often not counted in census numbers, leading to overwhelmed public services. According to the report, in British Columbia, “frontline service providers supporting marginalized individuals, such as women’s shelters and food banks, describe a situation of constant crisis, as needs outpace their capacity to respond.”

What’s worse, in the U.S., tribal communities often don’t have jurisdiction to respond to the increase in crimes. The Major Crimes Act of 1885 largely limited what crimes tribal courts can prosecute, and Oliphant vs. Suquamish in 1978 asserted that tribal courts cannot prosecute non-Native offenders, even those who live on tribal lands. When the Violence Against Women Act was last reauthorized in 2013, it expanded tribal jurisdiction to include some cases related to domestic violence, dating violence, and violation of protection orders. But it didn’t expand tribal jurisdiction to include sex trafficking or many other forms of sexual violence.

“One of the immediate fixes we’re pushing for is reauthorization of VAWA,” said Annita Lucchesi, executive director of the Sovereign Bodies Institute. The new version of the law would expand tribal jurisdiction to cover sexual violence, sex trafficking and stalking, among other changes.

In areas where tribes don’t have jurisdiction, either FBI or county sheriffs are supposed to provide support, depending on the state. But that doesn’t always happen. “What we’re seeing is that county sheriffs in [some] states and FBI in other areas are understaffed and underfunded,” Lucchesi says. This has real impacts. According to a Government Accountability Office report, federal prosecutors between 2005 and 2009 declined to prosecute 67 percent of the 2,500 cases in Indian Country involving sexual violence that were referred to them.

If tribes can’t hold individuals accountable for violence, what about the companies themselves? “I think companies have a responsibility to ensure that they’re holding their workers to a high standard of conduct on and off the job, especially if they’re living in company housing like man camps,” Lucchesi said. “And I think that they have a responsibility for public safety.”

Though Native activists and communities often recognize and call out the connection between violence in their communities and the intrusion of extractive industries, mainstream environmental justice movements and gender-based violence initiatives often don’t overlap. As expansion of oil pipelines continues — like Keystone XL and Trans Mountain in Canada — activists remain vigilant about their impacts on the communities around them.

This article was republished from Yes! Magazine under a Creative Commons License.