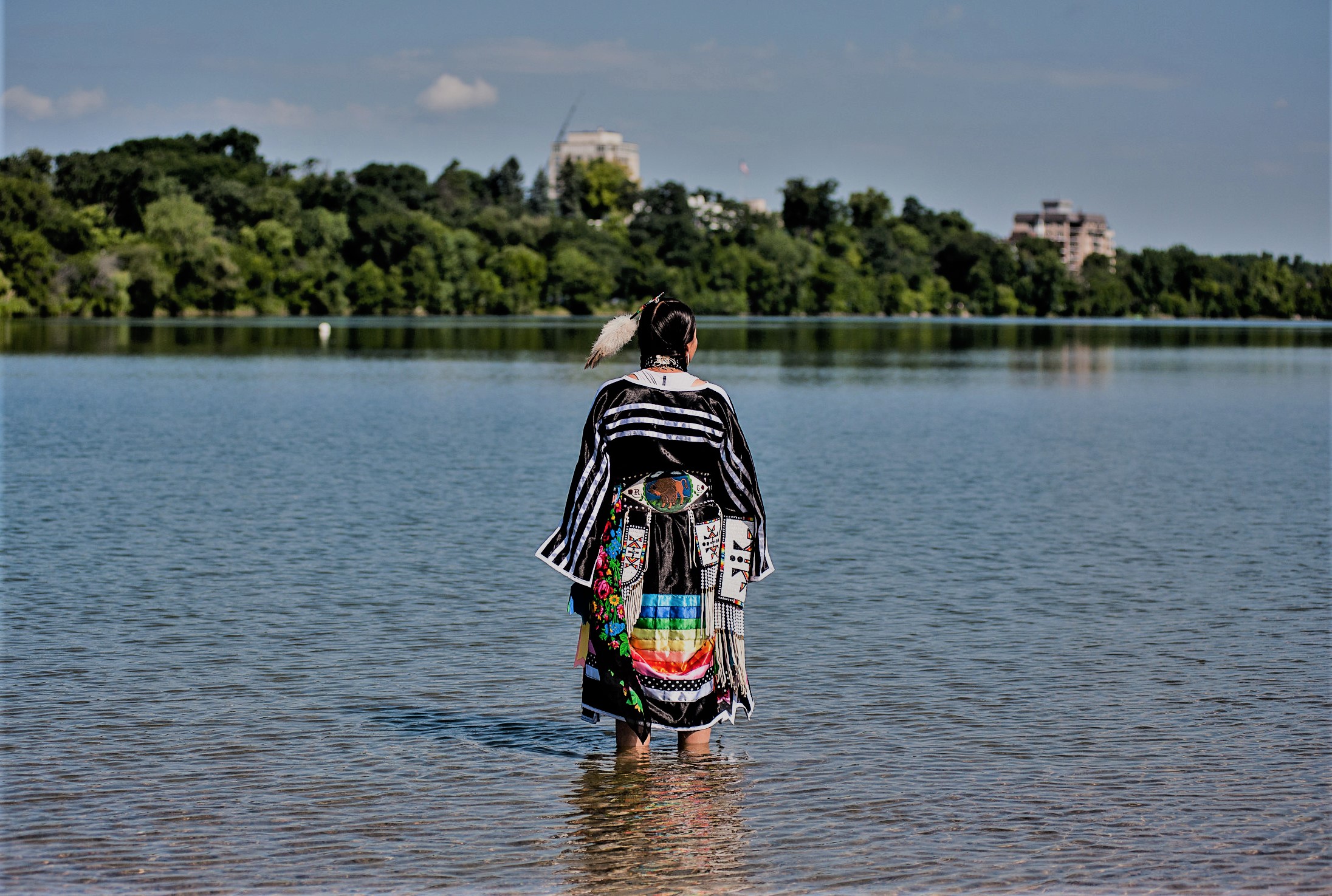 RAPID CITY – Advocates for the U.N. declaration of a World Indigenous Peoples Decade of Water have partnered with local organizations to drum up grassroots support at the Mni Ki Wakan (Water is Sacred) Summit here Aug. 13-15.

The international public event is taking place on the heels of conveners’ presentation in Geneva to the 12th Session of the Expert Mechanism on the Rights of Indigenous Peoples, EMRIP.

Addressing the U.N. body there on July 18, Wakinyan Skye LaPointe, Sicangu Lakota, spoke on behalf of the Mni Ki Wakan delegation members to explain their cause:

“Today our waters are threatened,” he said. “The TransCanada Corp. is working to construct the KXL Pipeline in violation of the 1851 and 1868 Ft. Laramie treaties of the Oceti Sakowin, Seven Council Fires, otherwise known as the Great Sioux Nation, placing the very future of our sacred water into jeopardy.

“We urge EMRIP and relevant U.N. agencies to support indigenous peoples to stop the Keystone XL Pipeline,” he said.

“Today my delegation is here before you to call on the Expert Mechanism on the Rights of Indigenous Peoples to initiate a global study on indigenous peoples and water that is capable of elevating our water initiatives to unprecedented levels in decision making that  may one day hold extractive industries accountable to the principle of Free, Prior and Informed Consent; treaties; and the Declaration on the Rights of indigenous peoples,” he appealed.

“Therefore, my delegation recommends EMRIP, U.N. Waters, UNESCO, and the Permanent Forum on Indigenous Issues develop an indigenous coordinating water body and declare an Indigenous Water Decade that would maximize partnerships and coordination between indigenous peoples, global actors, and initiatives,” he concluded.

The third such summit of its type, it is being held in partnership with “indigenous peoples, youth, and allies working to develop collective innovations and transformations dedicated to the future of water,” organizers say.

“Mni Ki Wakan integrates the guiding language of the Declaration on the Rights of Indigenous Peoples and enables the participation of all stakeholders from multiple levels across sectors and indigenous communities to ensure a strategic comprehensive water movement where every indigenous person’s voice is felt and heard.”

That U.N. declaration states: “Indigenous peoples have the right to maintain and strengthen their distinctive spiritual relationship with their traditionally owned or otherwise occupied and used lands, territories, waters and coastal seas and other resources and to uphold their responsibilities to future generations in this regard.”

“Today, traditional knowledge has translated to the rights of nature movement that involves recognizing the legal personality of water, legal protections, and other unexplored initiatives,” they note.

The human right to water was first introduced in 2010 by Bolivia, an indigenous government. In 2015, world leaders, 198 governments, and non-governmental organizations set sustainable development goals to be achieved by 2030, the right to clean water and sanitation being Goal 6.

It calls for “universal and equitable access to safe and affordable drinking water for all; access to adequate and equitable sanitation and hygiene for all; reducing pollution, eliminating dumping and minimizing release of hazardous chemicals and materials, halving the proportion of untreated wastewater and substantially increasing recycling and safe reuse globally.”

It seeks to “substantially increase water-use efficiency across all sectors and ensure sustainable withdrawals and supply of freshwater to address water scarcity and substantially reduce the number of people suffering from water scarcity,” as well as “implement integrated water resources management at all levels, including through transboundary cooperation.”

The additional targets are to “protect and restore water-related ecosystems, including mountains, forests, wetlands, rivers, aquifers and lakes,” and to “expand international cooperation and capacity-building support to developing countries in water- and sanitation-related activities and programs, including water harvesting, desalination, water efficiency, wastewater treatment, recycling and reuse technologies.”

However, organizers point out, “Not shared in the Sustainable Development Goals is the integral area of indigenous human rights, such as consultation, meaningful partnerships, and supporting indigenous peoples in their water innovations at an equal level.”

They claim that “the need for the voices and movements of indigenous peoples and youth in each water sector and area of environment identified in Sustainable Development Goal 6 is urgent.”

If Mni Ki Wakan summits succeed in their role of “elevating indigenous voices,” the participants say they expect “a world of clean and healthy water for all life and future generations.”

Otherwise, government statistics paint a bleak view of the horizon. Only 71 percent of the global population, 5.2 billion people, had safely managed drinking water in 2015, while 844 million people still lacked even basic drinking water.

According to the Indian Health Service, Native Americans in the United States are nine times less likely than others to have access to safe water.

More than 80 percent of wastewater resulting from human activities is discharged into rivers or seas without any pollution removal, according to the U.N. 2019 World Water Report.

Water scarcity affects more than 40 percent of the global population and is projected to rise, it says.

If the degradation of the natural environment and the unsustainable pressure on global water resources continue at current rates, 45 percent of the world’s Gross Domestic Product and 40 percent of the planet’s grain production will be at risk by 2050, the report notes.

Meanwhile 80 percent of the world’s richest and rarest biodiversity across land and water has survived due to indigenous peoples’ stewardship, the U.N. recognizes. 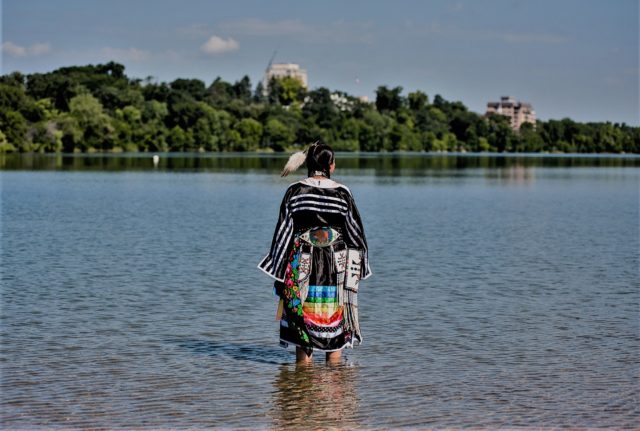