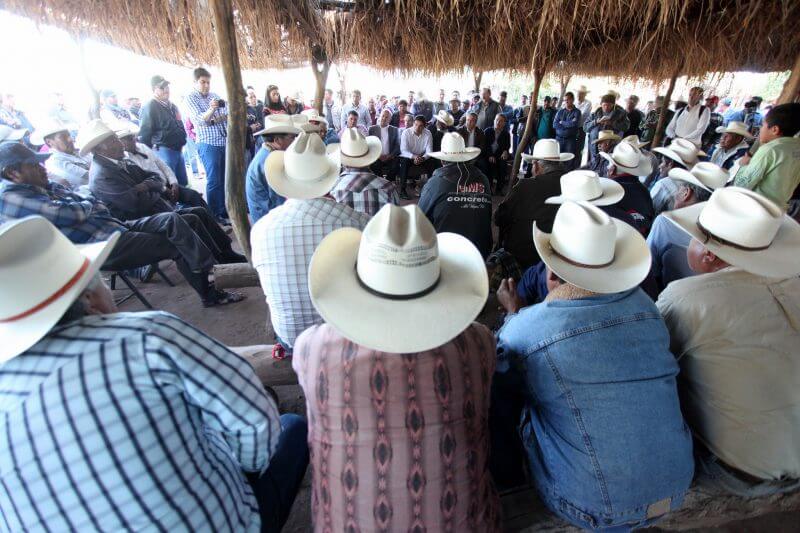 A new pipeline under construction in northern Mexico has become a major controversy involving the local Yaqui indigenous community that is less than pleased about the pipeline’s route. The Agua Prieta pipeline would go straight through Yaqui territory.

Things went from bad to worse on Oct. 21, when the pipeline’s supporters attacked a group of protesters, killing one, wounding eight, and causing no small amount of property damage.

The Yaqui tribe, which has endured a long history of repression, also has a history of mounting various resistance movements. Like other indigenous communities in Mexico, members of the Yaqui tribe have lost their lives fighting against invasive private companies and non-indigenous authorities. Just two years ago, before the conflict over the Agua Prieta pipeline, the Yaquis protested against a large-scale aqueduct that would have diverted what was left of their sacred river to the city of Hermosillo.

According to design specs, the Agua Prieta pipeline project would begin in Arizona, in the United States, and lead all the way to Sonora, Mexico. Along the way, the pipeline would cross 90 kilometers of Yaqui territory, which is protected by Mexican law.

Building the pipeline without consultations that are deemed to be fair, transparent, and inclusive for all of the Yaqui communities would be a violation of the sovereignty of Yaqui land, community leaders say.

Recently, members of the Yaqui tribe in Loma de Bácum won a moratorium against the construction of the pipeline. According to local media, however, Mexican authorities have announced that pipeline construction will continue because “one community” cannot stop “a project that will benefit future generations.”

According to Solidaridad Tribu Yaqui‘s Facebook page, construction is going ahead, even though fair and transparent consultations and negotiations never happened:

On one hand, the Yaquis of Loma de Bácum oppose the pipeline and have legally filed an appeal against the work. Thus far, the project has been carried out beneath a simulated consultation of SENER (Secretariat of Energy) Them, together with the company Sempra Energy, the government of Hermosillo, the local media, and the municipal governments (all of which have supported the work) have sought by any means necessary to debilitate the opposition of Loma Bácum.

The other visible actor in this conflict, backed by the supporters of the project, are Yaquis from 7 other towns, who in a rather surprising event, have become the cannon ball of violence and intimidation so that the construction of the gas pipeline penetrates the territory of Bácum.”

Gema Villela Valenzuela, a Mexican journalist who has reported on the conflict with a gender perspective, wrote about the threats Yaqui women from Loma de Bacun have faced, since coming out against the Agua Prieta pipeline:

Women from the Yaqui community (who requested anonymity for security purposes) reported that the construction of the pipeline, run by Gasoducto Aguaprieta, has generated violence ranging from clashes between members of the community, to threats against Yaquis leaders and women from the same ethnic group, and human rights defenders of indigenous peoples and environmental activists. They explained that, as a result of the conflict, cars have been ignited, and there have been fights that even killed a man. Some women in the community have had to stay in places they consider safe, since that was what Yaquis authorities of the town of Bácum recommended. They have received threats because they opposed signing the collective permit for the construction of the pipeline.

This article was originally published at Global Voices. It has been edited and re-published at IC under a Creative Commons License.