In a shocking escalation of the ongoing violent conflict devastating the Indigenous binational autonomous nation of Moskitia, a Mayanga family of three was killed in a brutal attack by ‘Colonos’ at the Llano Sucio site of the Alamikamba community in the Awala Prinsu territory on November 27, 2016. The attack sent shockwaves through the already war torn territories of Moskitia.

The family’s names and ages were documented by community members; and, the Miskito community continues to seek international solidarity amidst this tragedy and related ongoing devastation. The Mayanga individuals who lost their lives in this most recent and exceptionally brutal attack, have been identified as:

Bernicia Dixon Peralta, age 30 (family and community members claim she was between 3 and 5 months pregnant); 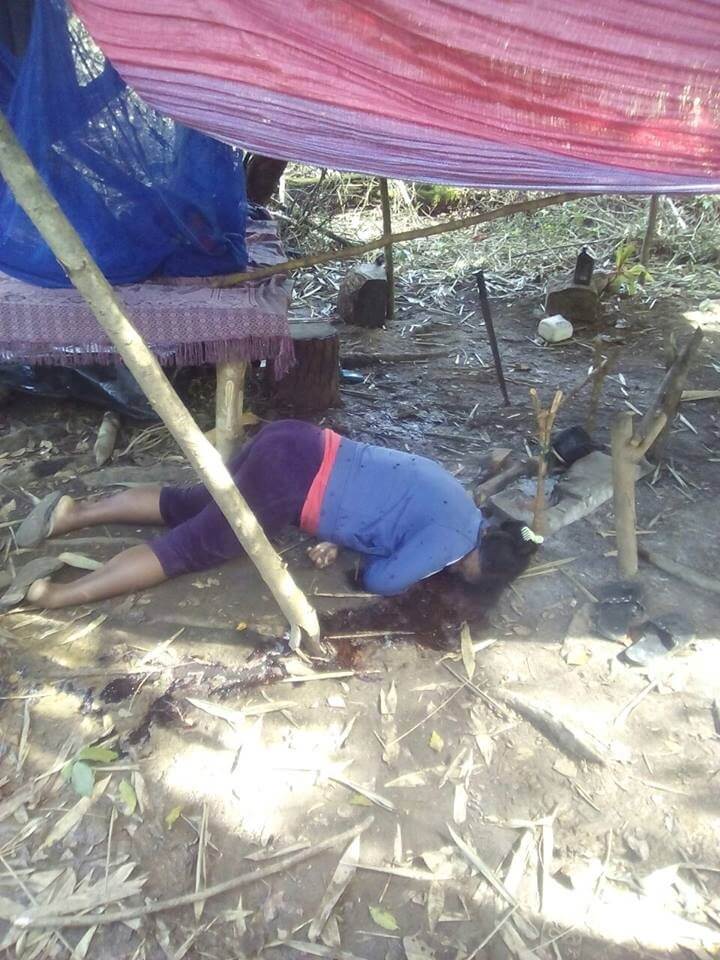 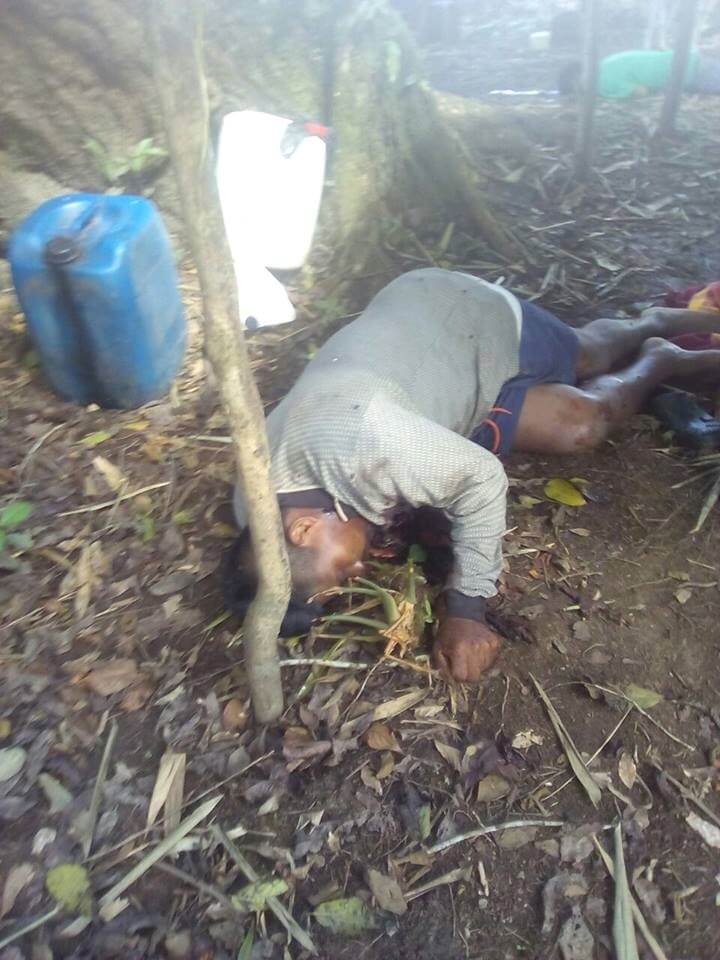 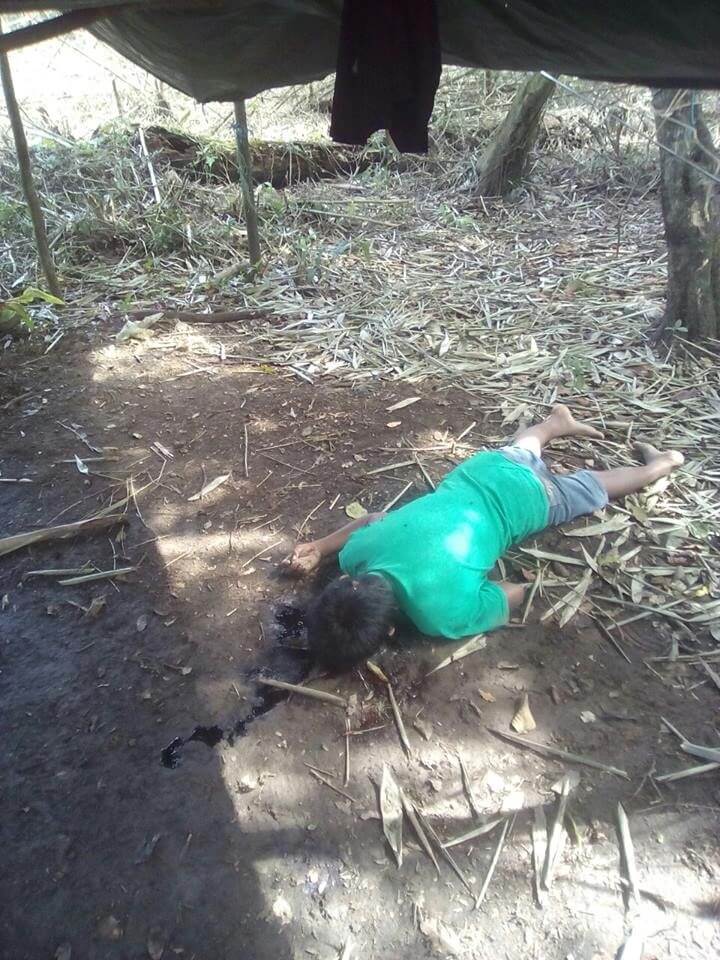 Reports from the community indicate the family was on the receiving end of threats from invading Colonos – heavily armed Mestizo settlers encroaching on Miskito territory, acting as agents of a large scale land grab. They also say these threats were fully realized last weekend while the family was attempting to plant seeds on their traditional land.

Eklan James Molina, mayor of Alamikamba, which is located in the municipality of Prinzapolka, has demanded a thorough investigation of the massacre. In a statement to one of the few independent news outlets in Nicaragua, La Prensa, he charged: “As mayor, I ask the police and the army to follow up on the case. You have to get to the bottom of why it [occurred].”

In the article published by La Prensa, unverified claims surfaced suggesting the deceased family’s land had been illegally sold to the violent, encroaching settlers by a mysterious third party. Nancy Elizabeth Henriquez, deputy of the YATAMA Indigenous political party – the only real political opposition to the Sandinista state in the region at this time – has dismissed such claims as already having been settled in a court of law; and, explicitly categorized this recent massacre as a revenge killing. In her statement to La Prensa, she relayed, “The owner sued and won the right [to the land] that is theirs; and the Colonos killed the entire family for revenge.” She cited ongoing ethnic clashes as one potential reason the Nicaraguan National Police continue to allow such atrocities to take place with impunity.

Moskitia, a lesser known conflict zone where the violent and heavily armed Meztizo settlers from the Pacific coast and interior of Nicaragua continue to invade traditional and legal Miskito land, has been experiencing escalations in terrorism and violence since June of 2015, according to an official statement issued by the Miskito Council of Elders in August of this year. In a statement published by The Ecologist in October, the elders explained:

“Since ancient times we’ve [cared for] our forests, because apart from being our only means of sustenance, we understand that any alteration to [them] attracts risks; alters our form of life; puts existence itself at risk; causes drastic changes [to] the climate; alters the ecosystem; and breaks our link with our ancestors.

[For] little more than five years, [we] have experienced the largest internal colonization [of] our history. The presence of ‘Colonos’ has drastically altered our form of life. In such a short time [the invasion] has destroyed tens of thousands of hectares of our forests, which has led to [the drying of] our rivers, [causing] the animals [to] migrate and the climate to alter, and us to emigrate. Our large forests are now deserts, occupied for the livestock, and [we] can do nothing to curb the advance of the settlers as they have the support of the Government of Nicaragua and [we] are alone.”

At this point, the much hyped November presidential election in Nicaragua has come and gone. President Daniel Ortega managed to further consolidate power and formally establish the foundations for a family dynasty and authoritarian dictatorship. All fanfare aside, Fidel Castro’s recent death means little in a pragmatic sense to the quasi-socialist, former Sandinista revolutionary, Ortega; his contradictory embrace of neoliberalism has carved out even more geopolitical space for a disturbing emerging brand of neoliberal authoritarianism – more in line with Putin’s newly conservative Russia, the theocratic regime of Iran, and the authoritarian capitalism embraced by China, than Fidel’s revolutionary ideals in Cuba. It is thus likely no coincidence that all three of the aforementioned nations have sought a stake in the notorious Nicaragua trans-oceanic canal. After mounting skepticism regarding whether the environmentally catastrophic, human rights disaster would actually come to fruition, recent reports have cited the monstrous development project may be poised to move forward after all. At least 11 non-violent protestors were recently injured amid the growing anti-canal movement.

Another recent report from La Prensa indicates the continued violent expansion of the agricultural frontier into the Indigenous nation of Moskitia – which includes the second largest tropical rainforest in the Western Hemisphere after the Amazon, referred to as the ‘lungs of Mesoamerica’ – may also be tied to Russia’s increasing imperialist presence in the region.  A key player in the re-militarization of Nicaragua, Russia recently sold the impoverished nation an estimated 80 million dollars’ worth of military war tanks (some suggesting to suppress ongoing internal dissent) and is launching a strange new imperial drug war in the region. It is unclear what stake Russia has in fighting a drug war in Central America, but the La Presna report suggests that they may be hoping for a payoff in agricultural land appropriated through recent land grabs and ongoing deforestation.