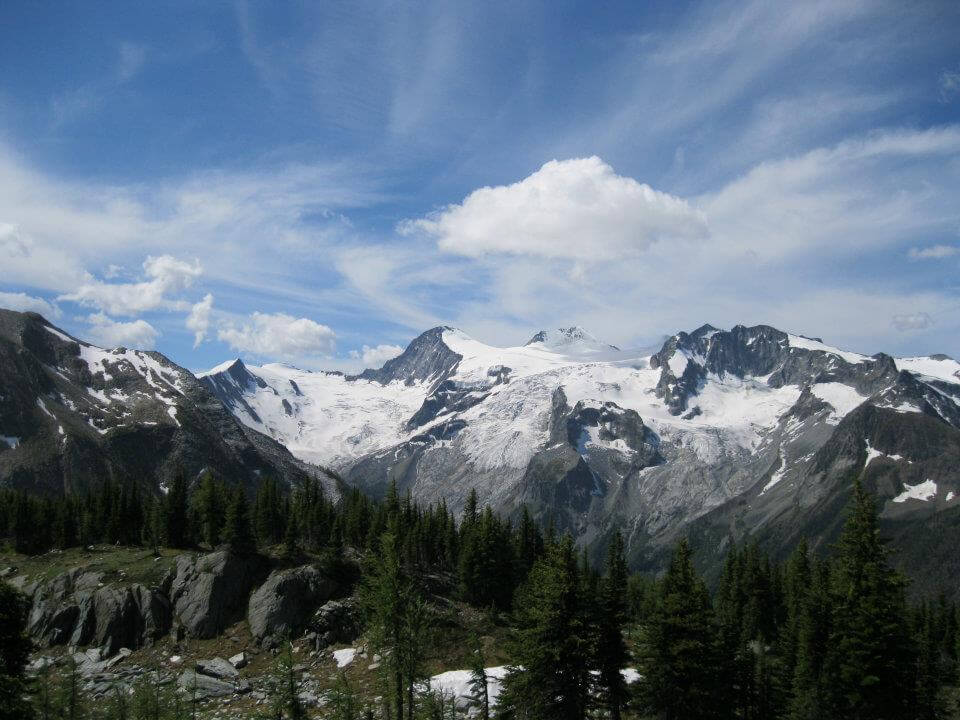 The Ktunaxa Nation is heading to the highest court in Canada in its ongoing efforts to reaffirm the right of Aboriginal Canadians to exercise spiritual practices that are dependent upon sacred sites.

On December 1, the Supreme Court of Canada will hear, ‘Ktunaxa Nation Council and Kathryn Teneese, on their own behalf and on behalf of all citizens of the Ktunaxa Nation v. Minister of Forests, Lands and Natural Resource Operations, et al,’. The case stems from a large ski resort proposed to be built in an area known to the Ktunaxa Nation as Qat’muk. Qat’muk is of vital spiritual importance to Ktunaxa as it is the home of ‘grizzly bear spirit’ upon which so many key Ktunaxa spiritual beliefs and practices depend.

“Qat’muk has existed long before any ski resort proposal and long before Canada was a country,” said Kathryn Teneese, Ktunaxa Nation Council Chair. “As a Nation, we have spent too much money fighting in the court system to prove what we have always known. Qat’muk is vital to Ktunaxa as well as local wildlife populations and biodiversity and must be protected.”

“We believe that both the Charter of Rights and Freedoms and the Constitution Act provide us with the right to freely practice our traditions,” continued Teneese. “It is unfortunate that the Supreme Court of British Columbia and the British Columbia Court of Appeal failed to recognize this, but we are confident the Supreme Court of Canada will uphold the rights of all Canadians to practice their religions and traditions free from interference and the threat of destruction of sacred places.”

Backgrounder: Ktunaxa Nation at the Supreme Court of Canada

1. Qat’muk is the Ktunaxa name of the lands in the central part of the Purcell Mountains that include the area of the proposed Jumbo Glacier Resort. It is within the core of the territory of the Ktunaxa Nation. For the Ktunaxa Nation, it is the home of ‘grizzly bear spirit’ and thus, has to be carefully protected.

2. Ktunaxa (pronounced ‘k-too-nah-ha’) people have occupied the lands adjacent to the Kootenay and Columbia Rivers and the Arrow Lakes of British Columbia, Canada for more than 10,000 years.

3. The territory of the Ktunaxa Nation covers approximately 70,000 square kilometers within the Kootenay region of south-eastern British Columbia, and historically includes parts of Alberta, Montana, Washington and Idaho.

4. Ktunaxa Nation members live in four reserve communities (?akisq’nuk, ?aqam, Yaqan nu?kiy and Tobacco Plains) as well as elsewhere throughout the territory, including the Kootenai Tribe of Idaho and the Confederated Salish & Kootenai Tribes of Montana.

5. Today the Ktunaxa are a thriving people who are revitalizing their language and culture throughout their territory. The Ktunaxa Nation is actively working towards self-governance, and continues to build cooperative and positive relationships with regional, provincial, and federal governments.

6. The proposed Jumbo Glacier Resort was intended as a resort offering year-round skiing and sight-seeing on and around a series of high elevation glaciers. The project would have consisted initially of a gondola, three glacier T-bars for winter and summer skiing, and two chairlifts. A resort of 6,250 beds, including 750 beds for staff housing was planned.

7. The Ktunaxa Nation has been opposed to the Jumbo Glacier Resort since it was first proposed in 1991. This opposition has been based principally on the spiritual importance of the Qat’muk area for Ktunaxa people, but it also derives from Ktunaxa concerns for the protection of wildlife populations (especially grizzly bears), biodiversity and water quality.

8. The proposed project would have directly interfered with lands that are of the utmost spiritual importance to the Ktunaxa Nation. As they advised the Province, the fate of spiritual beliefs and practices central to Ktunaxa citizens and Ktunaxa spirituality depends upon the fate of Qat’muk. It is for this reason, above all, that the Ktunaxa Nation has committed to use all possible means to prevent the project from proceeding – a fact that both the provincial government and the project proponent are well aware of.

10. On November 15th, 2010, a contingent of Ktunaxa citizens delivered the Qat’muk Declaration to the Provincial Legislature in Victoria. The Declaration outlines the spiritual significance of Qat’muk and is an expression of Ktunaxa sovereignty and stewardship principles.

11. The Jumbo Glacier Resort proponent, Glacier Resorts Ltd. was granted a Master Development Agreement (MDA) by British Columbia in March of 2012. A MDA is a legal agreement containing all the terms and conditions under which the resort can be developed, including insurance requirements, fees and terms of renewal and default. In 2006, under the All Seasons Resort Policy, a commitment was made by British Columbia that a MDA would not be concluded with the proponent until consultation with the Ktunaxa was completed.

12. British Columbia approved the incorporation of the Jumbo Glacier Mountain Resort Municipality (JGMRM) in November of 2012. Despite having no residents, a mayor and two councillors are appointed by the Province to govern the municipality, including making land use and zoning decisions. With no residents, there is no electoral body to hold the JGMRM council accountable for any decision it makes.

14. On May 2, 2014, the Ktunaxa Nation Council appealed the Judicial Review Decision in the B.C. Court of Appeal.

15. Minister of Environment Mary Polak visited the site of the proposed resort in Qat’muk on October 12, 2014. Minister Polak also met with a contingent of Ktunaxa Nation leadership during her visit.

16. On June 18, 2015, Minister Polak announced that the proposed Jumbo Glacier Resort had not met its October 12, 2014 substantial start threshold. As a result of the decision, the Environmental Assessment Certificate for the resort was considered expired and development of the project cannot proceed.

17. The B.C. Court of Appeal rejected the Ktunaxa Nation Council’s appeal of the April 3, 2014 B.C. Supreme Court decision not to quash the Master Development Agreement.

18. In October of 2015, the Ktunaxa Nation Council applied to the Supreme Court of Canada for leave to appeal the B.C. Court of Appeal decision.

19. The Supreme Court of Canada granted the Ktunaxa Nation Council’s application for leave in March of 2016 and set a date of December 1, 2016 for the hearing in Ottawa.

20. Section 2 of the Canadian Charter of Rights and Freedoms states that every person in Canada has a number of Fundamental Freedoms, including the freedom of conscience.

21. Section 35 of the Constitution Act, 1982, provides constitutional protection to aboriginal rights, including traditions, of Aboriginal people in Canada.