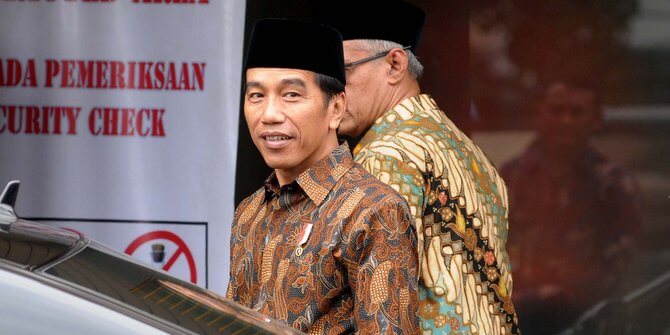 For the first time, Indonesia’s central government has recognized the rights of nine indigenous communities to the forests they call home, a milestone for a national indigenous peoples movement that is seeking to bring to a close an era of abuse and discrimination at the hands of the state.

That movement still has a long way to go. The nine “customary forests” — known as hutan adat in Indonesian — acknowledged by President Joko Widodo’s administration last week encompass a total of 13,100 hectares (32,370 acres). But the Indigenous Peoples Alliance of the Archipelago (AMAN) has mapped more than 8.2 million hectares of customary lands it says belongs to the nation’s adat groups, as those who practice ancient modes of knowledge, belief, community and economy are called here.

“This is only the beginning,” President Jokowi, as he is popularly known, declared in a speech marking the occasion. The area handed out is “still so very small,” he said.

It might be a drop in the ocean, but the development marks Jokowi’s first real act of follow up to a landmark 2013 decision by Indonesia’s highest court that removed indigenous peoples’ customary forests from state control.

The action comes as AMAN contemplates withdrawing its support for Jokowi, who has been slow to act on campaign pledges that earned him the organization’s first-ever presidential endorsement. Jokowi has yet to establish a promised task force on indigenous issues, or throw his weight behind a draft law on indigenous rights now languishing in parliament.

Indonesia’s constitution recognizes the rights of indigenous groups, but in seven decades of independence no law has been passed to operationalize them, leaving adat communities vulnerable to loss of lands to those who see profit in their forests.

The actual Ministry of Environment and Forestry decrees establishing the customary forests have yet to be released, so the exact parameters of what they entail remain unclear. “Hutan adat” is a new land-use designation with no clear legal precedent. AMAN’s ultimate goal is to secure hundreds of “customary territories” — wilayah adat — which contain not only forests but other lands too.

One of the nine customary forests consists of 5,172 hectares of land that until last week was part of PT Toba Pulp Lestari’s concession in North Sumatra province. The timber company is a subsidiary of the Royal Golden Eagle conglomerate, whose Asia Pacific Resources International Limited (APRIL) is Indonesia’s second-largest paper firm.

The nine customary forests, according to a list provided by AMAN:

This article was originally published at Mongabay.com. It has been re-published at IC under a Creative Commons License.