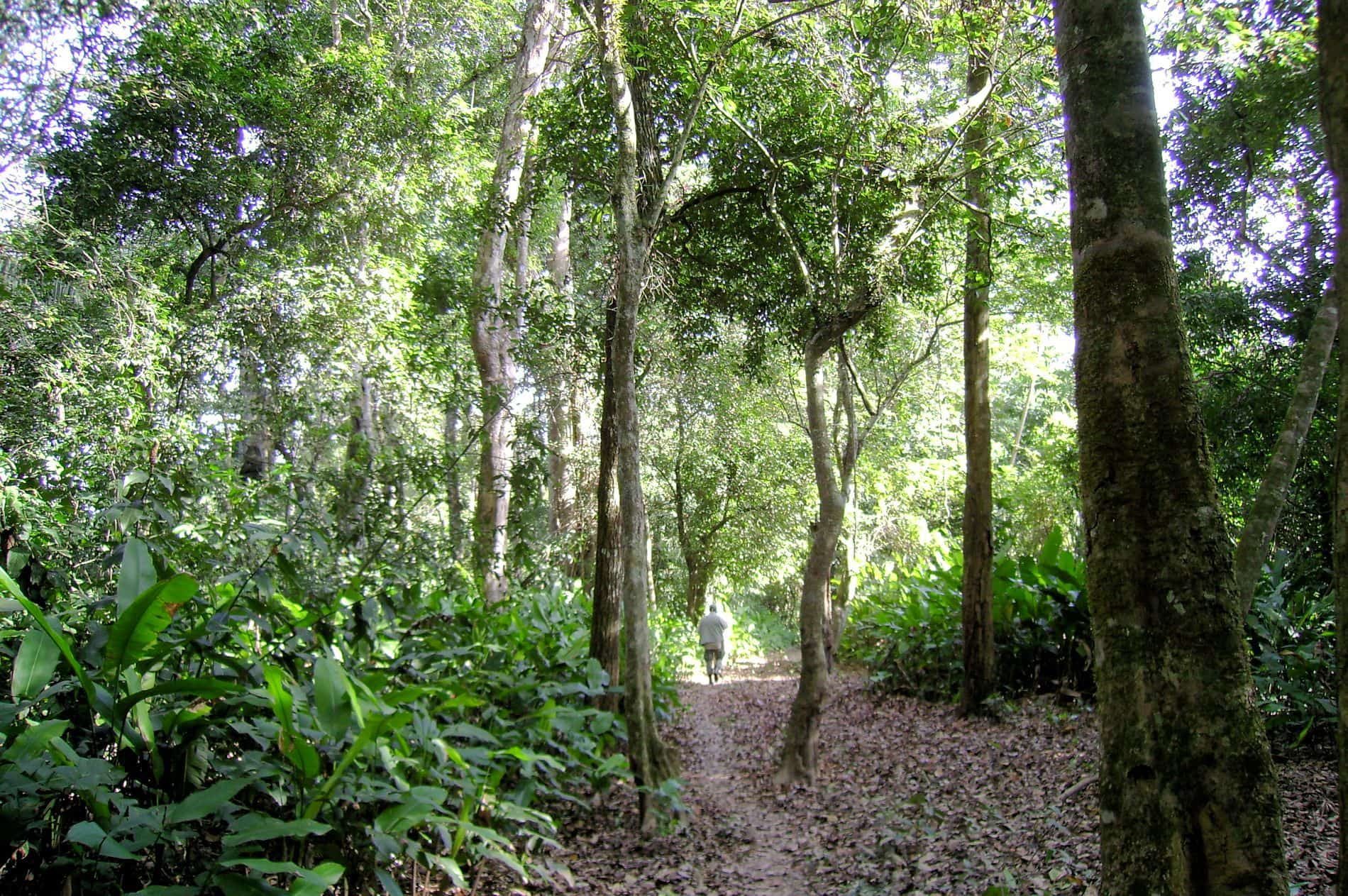 These violations include the transgression of rights that were established in the landmark Universal Declaration of the Rights of Mother Earth, signed in Bolivia itself nearly a decade ago.

An international GARN Commission, formed by Alberto Acosta (Ecuador), Shannon Biggs (USA) and Enrique Viale (Argentina,) visited Bolivia in August 2018 to verify the difficulties experienced by the indigenous peoples and others that are defending the Rights of Nature, in particular in the TIPNIS case.

With a focus on the government’s plans for road construction across TIPNIS and Bolivia’s southern Amazon, the new 44-page report produced by the investigation reveals the Bolivian Government’s disregard for the rights of indigenous peoples and the rights of defenders of nature in the country in general.

A highway through Isiboro Sécure Indigenous Territory and National Park

Isiboro Sécure Indigenous Territory and National Park, known as TIPNIS (Territorio Indígena Parque Nacional Isiboro Sécure) is considered the most biodiverse region in Bolivia. It is a transition zone between the Andes and the Amazon with remarkable ecosystem and species diversity. From the sub-Andean foothills to the floodplains, it forms one of the largest pristine forest complexes in the country, essential for national and regional freshwater supplies. It is also an area of high ecological fragility.

In 1965 TIPNIS was declared a National Park under the following considerations: “[..] That in the provinces of Chapare and Moxos of the Departments of Cochabamba and Beni respectively, the State has areas that due to their particular beauty, location, topography, richness in flora and fauna, deserve to be maintained as virgin reserves.”

In 1990, the historic March for Dignity and Life, made by indigenous peoples from the Amazon to the highland city of La Paz, led to the park’s recognition as an Indigenous Territory of Mojeños, Yuracaré and Tsimane, conferring double protection on the region.

The Gaia Foundation, a member of GARN Executive Committee, was one of the early international allies for indigenous peoples in this region. “At the time it felt like a huge victory, the March for Dignity and Life, and a safeguard that we hoped would protect TIPNIS in perpetuity”, says Liz Hosken, Gaia’s Director. “But the ‘untouchable’ status of TIPNIS was shattered when President Evo Morales approved construction of a controversial highway – it cuts through the heart and construction is already underway despite strong local resistance.”

International Tribunal for the Rights of Nature: the TIPNIS case

After backing down on plans to build the road after protests in 2011, in August 2017, Bolivian President Evo Morales gave the go-ahead for the construction of the 190-mile highway through the middle of TIPNIS, saying that the project would favour indigenous peoples and their development.

On November 7th and 8th of 2017, at GARN’s International Tribunal for the Rights of Nature held during the UN Climate Change Conference in Bonn, indigenous leaders from Isiboro Securé told a different story. Speakers including Marquesa Teco, President of the Women’s Association, denounced the Villa Tunari – San Ignacio de Moxos highway, saying that the road would cause permanent and structural damage to their communities, forests and rivers, causing the displacement and extinction of animals.

They warned about the economic interests that underlie the construction of a highway, which has not been subject to environmental impact studies despite the great ecological fragility of this Amazonian area. They shared how the highway would facilitate the expansion of the agricultural frontier and warned of the prospective hydrocarbon mining that threatens TIPNIS since the Bolivian government approved Supreme Decree 2366, which opens national parks to the extraction of oil and gas.

The testimonies offered at the tribunal spurred GARN to organize the fact finding mission to Bolivia last year.

Commission calls for end to destruction of Nature and indigenous rights

In what now appears an ironic gesture, at the historic World Peoples’ Conference held in Tiquipaya, Cochabamba, in 2010, President Evo Morales said in his inaugural speech that “To guarantee Human Rights, it is necessary to recognize and effectively apply the Rights of Mother Earth.”

Data, information and testimonies obtained during this fact-finding mission to TIPNIS suggest this is not the case, and that those opposing nature’s destruction face criminalization and violence.

The new GARN publication produced as a result of this fact-finding mission calls for the government of Bolivia to take action in accordance with its supposed stance on the Rights of Mother Earth. It demands the definitive halt of the road construction; the cancellation of oil expansion plans; the adoption of measures to stop the advance of colonization towards the core zone of TIPNIS, and the identification and punishment of those responsible for human rights violations against local peoples.

“For the thousands of Indigenous peoples who have called this place home for millennia, and long before the State designated it a national park, this land is sacred. In caring for this land, they are also protecting a vital part of the Amazonian ecosystem vital to the survival of all of Earth’s inhabitants.” (Extract from Report of the Commission of the International Rights of Nature Tribunal on the case of the Isiboro Sécure Indigenous Territory and National Park (TIPNIS – Bolivia), January 16th, 2019).

The report, which was released at a press conference of the Bolivian ‘Defending TIPNIS’ alliance on 16th January, concludes that the Bolivian State has breached its obligation of respect, protection and conservation of Mother Earth, as established in the Universal Declaration of the Rights of Mother Earth and the national legal framework itself.

Fiona Wilton, based in Uruguay, works with the Gaia Foundation (UK) and global partners for indigenous self-determination, biocultural diversity revival, the protection of sacred natural sites and Earth Jurisprudence.

Find out more about TIPNIS and this violation of Bolivia’s commitment to the Rights of Mother Earth, view the public presentation and/or download a copy of the full report (Report of the Commission of the International Rights of Nature Tribunal on the case of the Isiboro Sécure Indigenous Territory and National Park).