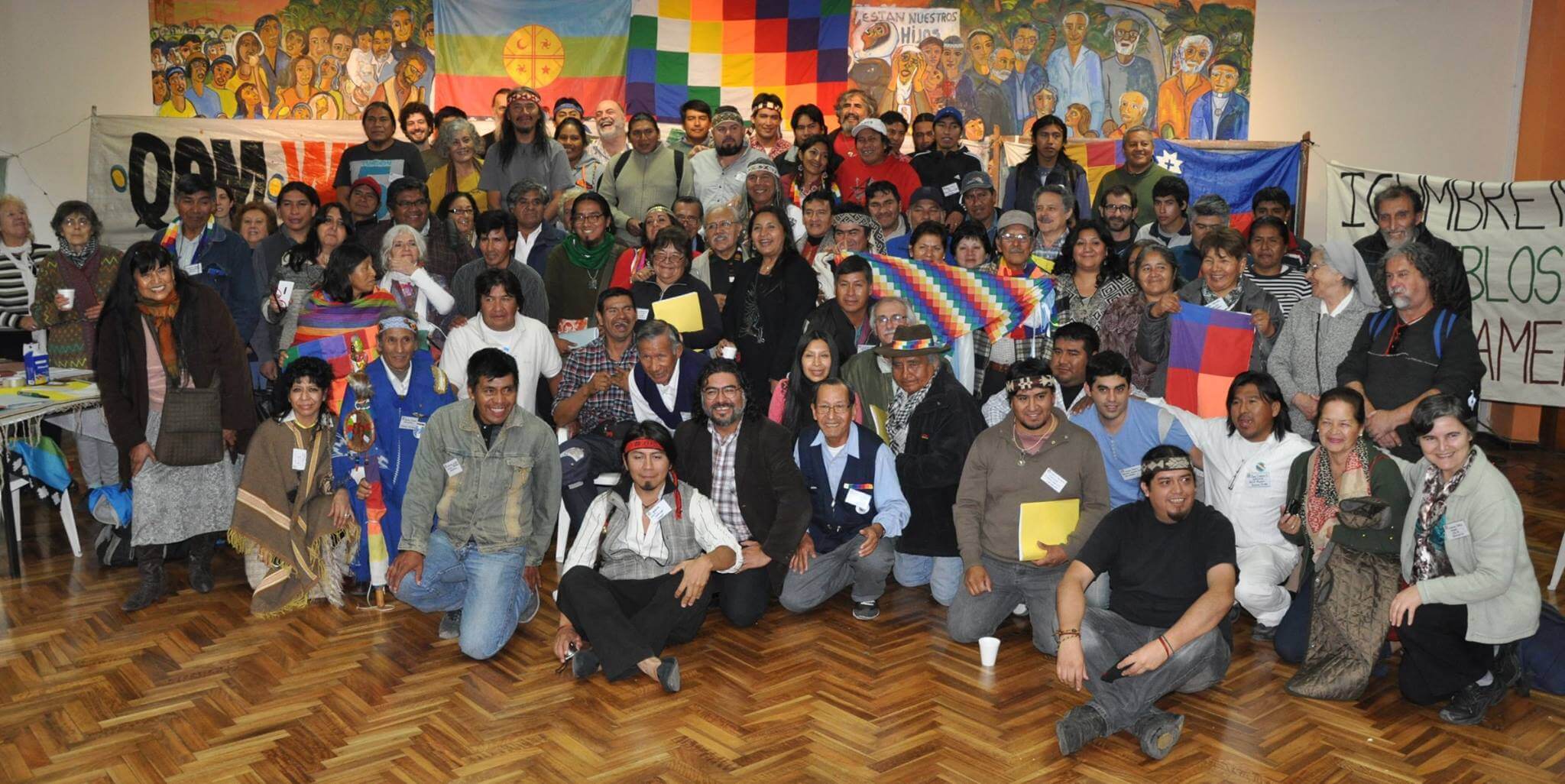 From May 27-29, 2015, Indigenous leaders from across Argentina’s 17 provinces met in Buenos Aires and presented dramatic testimonies of human rights violations and dispossession from their ancestral lands. In all corners of the country, these Indigenous Peoples have found themselves at the forefront of the battle against oil and gas exploration, fracking, mining, hydroelectric dams and deforestation for soy cultivation.

As they defend the environment and their ancestral territories, many have suffered death threats, judicial harassment and other forms of persecution. Solidarity was expressed in particular with two emblematic cases – the Mapuche community Winkul Newen and the inter-ethnic organization QOPIWINI. 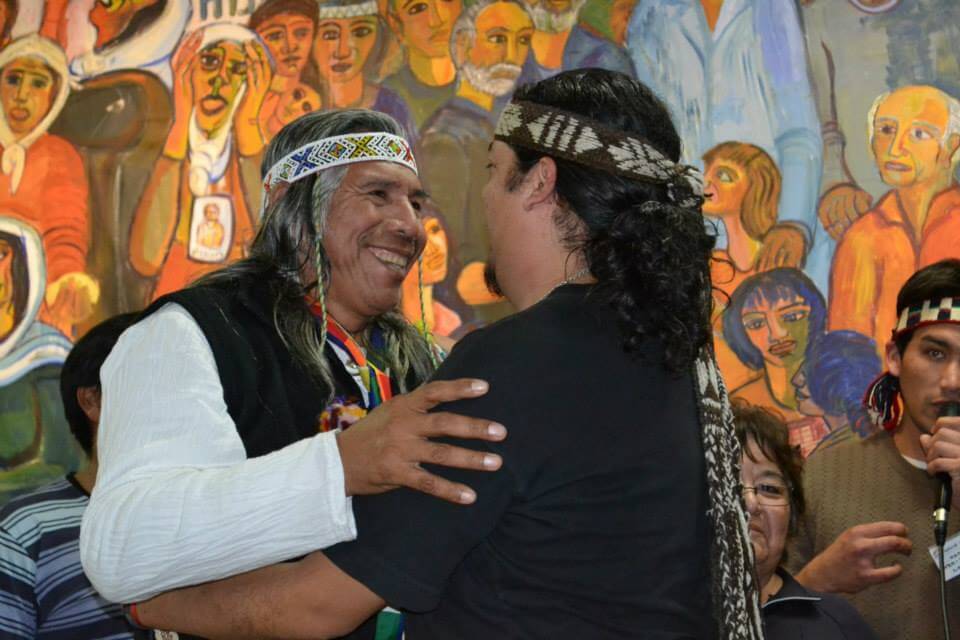 Winkul Newen is located in Argentina’s oil-rich Neuquen Province. Over the years, the community has faced numerous eviction attempts — in the past, by the U.S. companies Pioneer and Apache, and more recently, by Yacimientos, a subsidiary of the state-run company, YPF. In Dec. 2012, a court officer, accompanied by a hundred police officers and representatives of Apache Corporation, arrived to evict the Mapuche community. Winkul Newen resisted by throwing stones, resulting in the injury of the court officer.  Under Argentina’s new anti-terrorist law, community leader, Relmu Ñamku now stands accused of attempted murder. If found guilty, she could face life imprisonment.

Relmu told IC Magazine, “For decades my community has been exposed to harassment and persecution not to mention the violent environmental impact of the oil drilling activities.  All of us – even elders and small children – have suffered injuries at the hands of police and armed civilians.”

“The contamination of our water sources has a serious impact on our health. No one has ever been brought to justice for these violations and yet now I am facing the prospect of 15 years in prison,” Relmu continued.

In Argentina’s northern province of Formosa, rapid deforestation for soy cultivation is a major concern for the Qom, Pilaga, Wichi and Nivacle Indigenous nations who united to create QOPIWINI. On Mar. 14, 2015, they set up a protest camp on the main avenue in Buenos Aires to demand a meeting with the Government of Argentina in order to begin a process of political dialogue surrounding their rights, particularly with regard to land recovery and access to water, education and health services. Despite requesting meetings with all three pillars of the State – the Supreme Court, the Congress and the President – over 100 days have now passed with their request continuously falling on deaf ears. 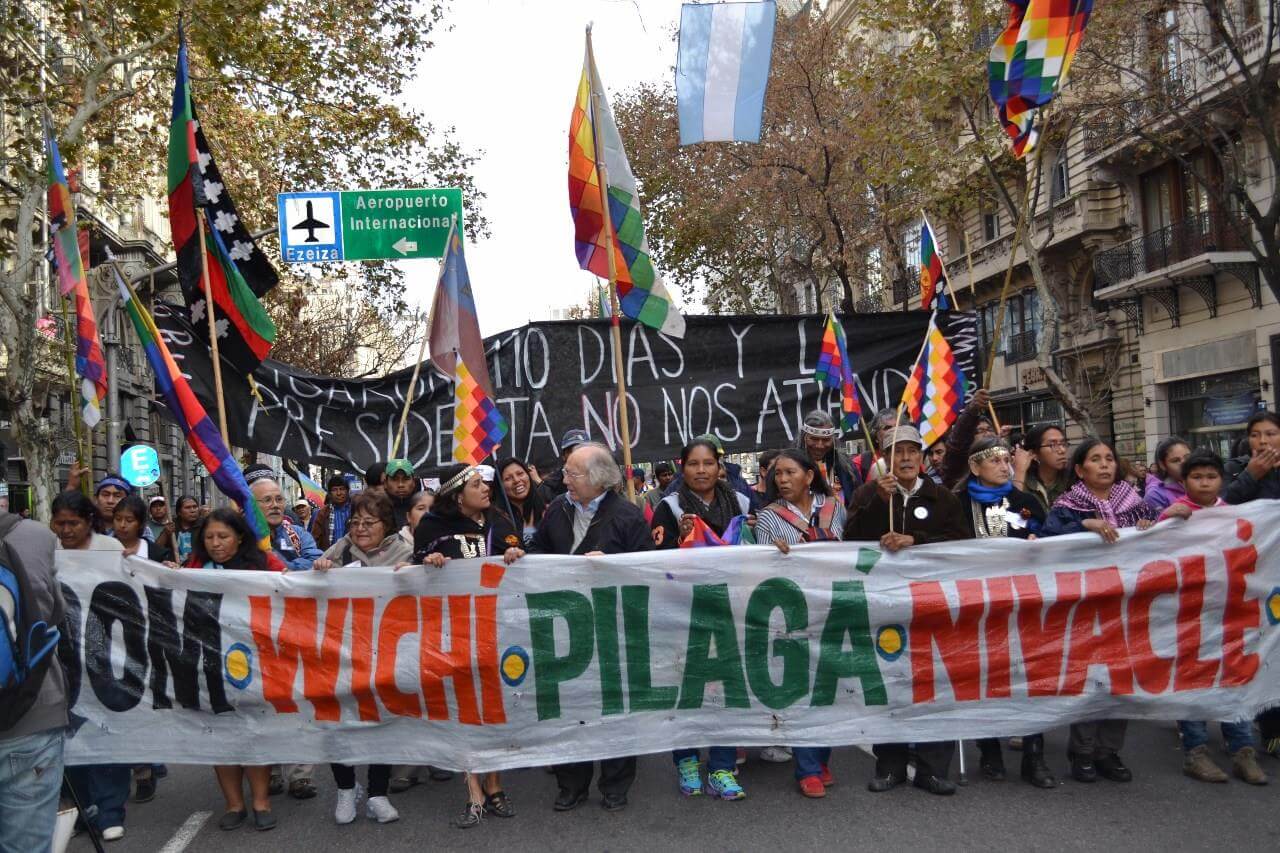 On the last day of the summit, the group of 100 leaders took to the streets. Accompanied by Nobel Peace Prize Laureate Adolfo Perez Esquivel, Pablo Pimental of the Permanent Assembly for Human Rights and representatives of several human rights organizations, they marched to Casa de Gobierno (Government House) to present a statement to the Office of the President. Upon arriving they encountered a police barricade.

After some negotiation, a small delegation including Felix Diaz, Relmu Ñamku, Adolfo Perez Esquivel and Pablo Pimental were allowed through the police barricade only to encounter the gates to Government House closed.  A government official, who was accompanied by a policeman, told the delegation to pass the document through the railings.  The group refused, stating their intention to hand it over in person to the Office of the President. 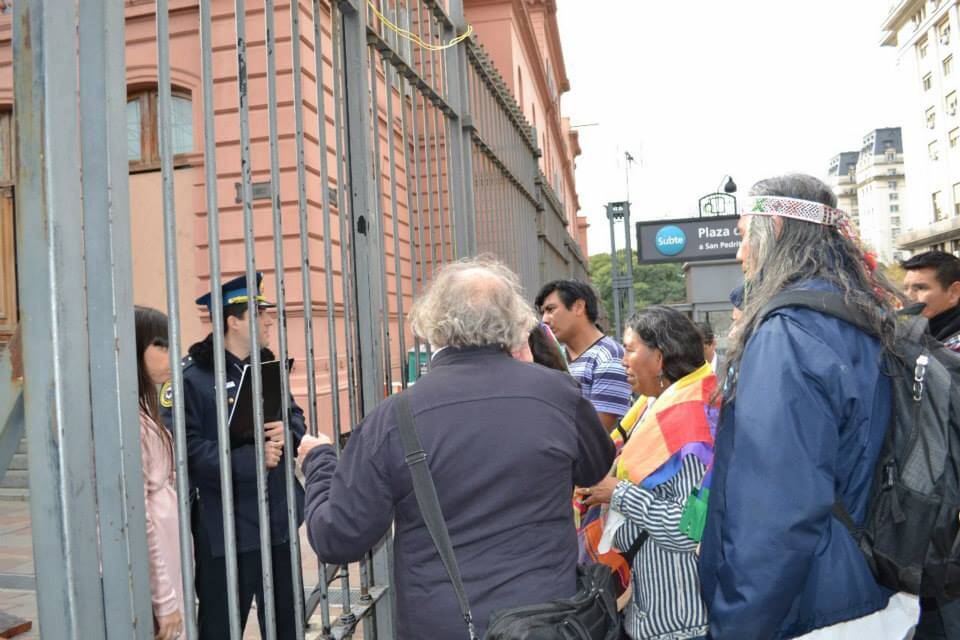 Over the course of four hours, they were forced to wait outside the railings while representatives of the Office repeatedly approached to ask them what they wanted. At one point it was suggested that only Nobel Prize Laureate Adolfo Perez Esquivel could hand in the document on behalf of the Indigenous Peoples; an offer that he refused. After the four hour wait, the group gave up. 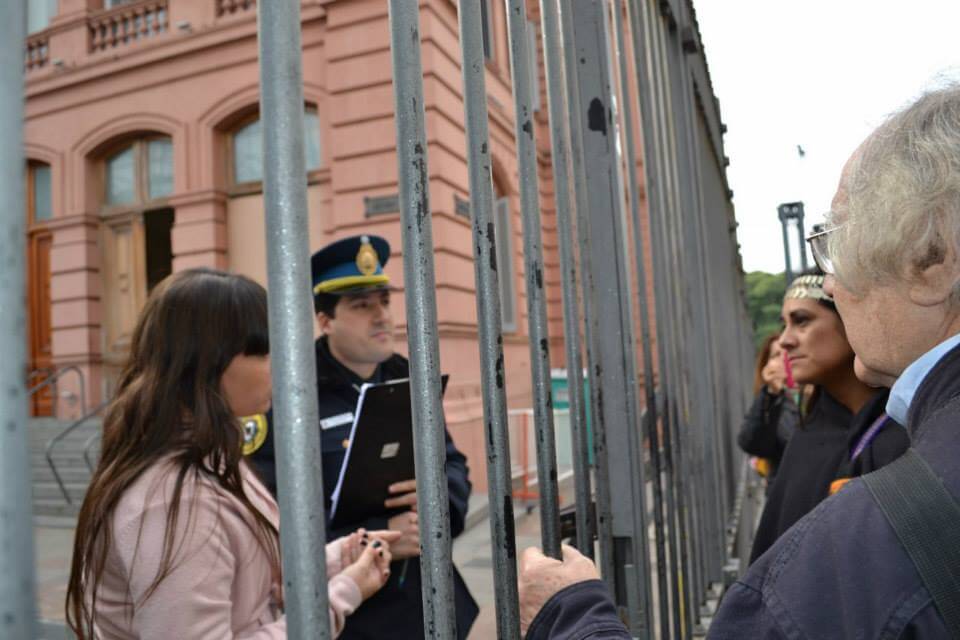 “This attitude of silence, mockery and blatant racism of the government was an act of cowardice, a denial of reality and a complete lack of political will to dialogue and find just solutions,” said Adolfo Perez Esquivel. “For four hours our Indigenous brothers and sisters were left waiting in the cold, resisting but hoping for a positive outcome. The government today acted without any political ethnics, hiding from the Indigenous people and the human rights organizations that accompanied them. Pathetic behaviour from those who claim to lead the country.  It is clear that the narrative of democracy and human rights stays behind the closed gates of Government House.”

The Indigenous leaders remain firm in their determination to continue to demand dialogue with the government and will hold a follow-up summit later this year.

“All we are asking is that the government respect the law of this country and the international conventions it has ratified regarding indigenous rights,” said Felix Diaz. “The government continues to violate with complete impunity the Constitution of Argentina which recognizes the right of Indigenous People to their ancestral lands and intercultural and bilingual education. It also violates ILO Convention 169 and the UN Declaration on Indigenous People[s]. But we will continue to fight and affirm our cultural values and ancestral rights, defending our territories against all forms of violation. We call on all Argentinean people, who are also victims of an unsustainable economic model, to reflect on their future and that of generations to come so that we can work together to build a more just, equitable and pluralistic society in harmony with Nature.”