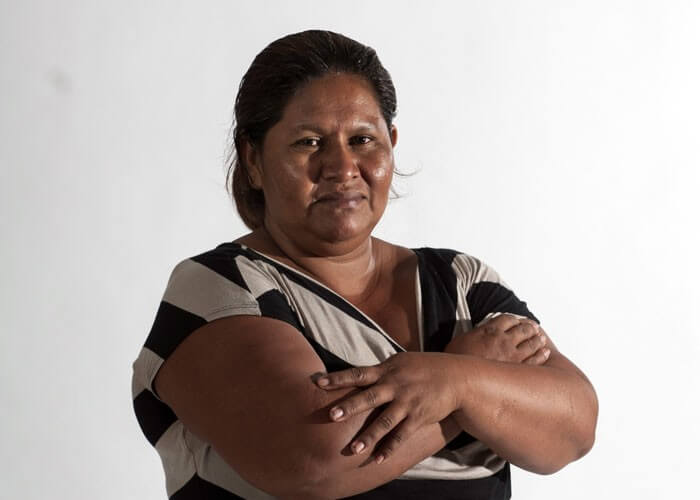 For those who have not yet heard of Nicaraguan activist, Francisca Ramírez, that is about to change. The apolitical, movement-focused leader of the growing anti-canal mobilization in Nicaragua is not backing down from state intimidation tactics, and is – self -professed – ready to die for the cause.

Ramírez heads a civil society group in Nicaragua that opposes government plans to construct an increasingly notorious trans-oceanic canal, financed by the Chinese HKND Group. Ramírez has mobilized a unified movement of Indigenous Peoples and campesinos (small farmers) against massive government oversight on respecting their rights to free, prior and informed consent for the project, which will displace thousands of individuals from ancestral and family farming territories.

In an IPS article by José Adán Silva, Ramírez is described as an Indigenous farmer who grew up in Nueva Guinea, an agricultural municipality in the Autonomous Region of Caribe Sur. After surviving the U.S.-financed war against the Sandinistas in the 1980’s, Ramírez got married, became a farmer, and had five children.

A former child of war, Ramírez carved out a relatively happy and peaceful life in later years. She first heard of plans for the canal over a radio broadcast in 2013, and initially believed government claims that the megaproject would lift her country out of poverty. “They said that we were no longer going to be poor”, she told IPS.

Then one day, a group of public officials accompanied by military and national police, as well as a delegation of Chinese business interests, arrived in her community and told them, “The route of the canal runs through your property and all of you will be resettled.”

It was at this point her journey of resistance began.

Ramírez is not involved in any other political causes other than the canal movement. The main goal of her organization, the Consejo por la Defensa de la Tierra, Lago Soberania (Council for the Defense of the Land, the Lake and Sovereignty) is to repeal Nicaraguan Law 840, passed in 2013. The collective opposition to the government project has set their sights on this statute because it grants a 100-year concession to the Chinese financers for all land subject to the proposed canal route.

Because of her outspoken activism and leadership, Ramírez has been on the receiving end of various intimidation tactics, including: harassment, intimidation, arbitrary detainment, and even violent attacks on her family members.

Ramírez met with Berta Cáceres in August of 2015 during a forum on the defense of natural resources. Approximately one hundred women met in Juigalpa, Chontales for the meeting during which Ramírez recalls Cáceres speaking with them about her own journey in the struggle for Indigenous rights and environmental justice against the mining industry. Cáceres also shared with the women her experiences of intimidation by government and private interests.

“I thought about all the suffering we had to go through in the struggle for our rights against the transnational companies and powerful economic groups that always try to run ragged over the rights of the poor and those of limited resources in the country.”

Ramírez came to believe [development projects] inflicting damage to the earth is a way of eradicating Indigenous and campesino peoples’ right to live in peace. After Cáceres’s alarming and untimely death in 2016, Ramírez joined a march in her honor in the capital city of Managua. 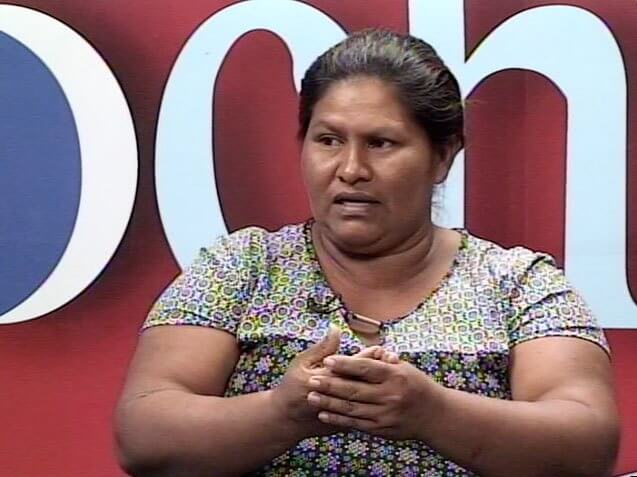 Amnesty International has been monitoring the targeting of Ramírez by Nicaraguan state officials. In a publication on her struggle, the human rights watchdog group took special note of the intersectional threat facing women human rights defenders in Latin America, citing that:

Recently, the European Parliament joined the momentum of international solidarity with Ramírez’s struggle and urged Nicaraguan state officials to strengthen protections for human rights activists, and to desist in the harassment and intimidation tactics aimed at opponents of the transoceanic canal. The EU resolution produced a long list of escalating violations of human rights, civil liberties, and democracy in Nicaragua, and specifically demanded compliance with international statutes on Indigenous rights.

Also specifically mentioned in the joint motion, was Ramírez, in regards to her leadership of the mobilization against the environmentally catastrophic canal. The joint motion disavowed her detainment and intimidation after she attempted to file a complaint about attacks against her and her family, urging “the government to refrain from harassing and using acts of reprisal against Francisca Ramírez and other human rights defenders for carrying out their legitimate work.” The official EU document also publicly issues, “calls on the Nicaraguan authorities to end the impunity of perpetrators of crimes against human rights defenders”; asserts that it “supports the right of environmental and human rights defenders to express their protest without retaliation”; and, also formally, “calls on Nicaragua to effectively launch an independent environmental impact assessment before engaging in further steps [on the proposed canal] and to make the whole process public.”

In a statement to Nicaraguan independent media outlet, La Prensa, Ramírez relayed that President Daniel Ortega dispatched the former political secretary of the FSLN in New Guinea, Alcides Altamirano, to try and convince her to meet with the government for private talks on behalf of the anti-canal movement.

Ramírez affirmed in her public statement that the movement is willing and open to dialogue, but not behind closed doors, “because we do nothing hidden.” She confirmed such discussions are good when they are open and transparent, and doubled down on their central demand that the government repeal the 25 articles of Law 840.