Indigenous Settler? Decolonization and the Politics of Exile 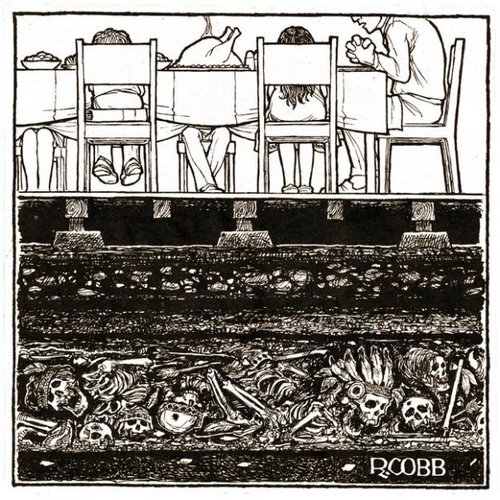 “Only Hawaiians are Native to Hawai’i. Everyone else is a settler.”
– Haunani-Kay Trask1

What are the obligations of Indigenous people living as settlers on another Indigenous people’s stolen land? I have been wrestling with this question as an Amazigh (Indigenous North African) activist living and working in a settler colony, the United States, on land belonging to other Indigenous nations. Based on the conceptions of colonialism, liberation, and sovereignty that I utilize to understand my own experience, I also understand that I am a settler on occupied Native land. Being a person of color, a Muslim, or an immigrant does not negate one’s settler status in the Americas, as other women of color and Indigenous women have described. But what if you’re an Indigenous activist yourself, living in exile and unable to return to your own land base? What does that entail, especially for one’s activism?

In the way people identify, there is a difference between being a person of color and being Indigenous. The term ‘people of color’ was developed and used by racial justice activists themselves and intended to provide a site of solidarity between racial and ethnic ‘minorities’ for resisting a hegemonic white supremacist nation-state such as the United States. This is supposed to include Indigenous groups, but the oppressions that American Indians face are quite distinct from those of other people of color, as Andrea Smith has pointed out. Settler colonialism and racism are different processes, albeit with a complicated relationship. This is one reason that Indigenous groups sometimes don’t consider themselves ‘people of color’ – their primary relationship to the settler state is as an Indigenous person with a certain connection to their land base.

Settlers of color, like their white counterparts, engage in the oppression of Indigenous peoples. Even the successes of people of color in the United States or Canada – such as assimilating into dominant capitalist structures, as CEOs or other executives – happen at the expense of American Indians by further entrenching settler colonialism. Instead of working to attain ‘success’ by joining and normalizing dominant settler society, people of color must work towards justice through decolonization and reflect on their own status in a settler colony built on violence against Indigenous peoples.

As an Indigenous person who is not Native to the Americas but has an active consciousness of indigeneity, my situation is somewhat different from other settlers of color. The struggle I’m engaged in for my people, the Imazighen, is opposing the processes of Arab colonialism entrenched in North, yet I’m doing this work from a settler colony. I certainly didn’t choose to come to the United States, but I directly benefit from the dispossession of American Indian nations. I am able to attain an education and pursue my goals – including activism for the Amazigh nation – because I live in a ‘Western’ settler colony built on the genocide(s) of American Indian peoples. From this position, I have greater power and more opportunities for activism, such as a degree of political safety.

Problematizing this relationship as both Indigenous and settler is necessary if I am going to claim any sort of “solidarity” with Indigenous nations in the Americas. Indigenous dispossession, genocide, and resistance in the Americas cannot be just convenient analogies for me to use in explaining the struggle of my own people. I have heard other Imazighen living in the United States express solidarity with American Indians, namely that our situation and struggle against colonialism is similar. We have not, unfortunately, moved beyond that discourse to question our own complicity in colonialism.

The late settler colony allows certain privileges and advantages even to the North African exile: opportunities to prosper if one assimilates, to participate ‘equally’ in the destruction of Indigenous lands, and achieve material gains from Indigenous dispossession. As we consider the politics of exile – as Edward Said, for example, has written about as a Palestinian-American – we must step outside ourselves to question: where are we in exile, and on whose backs? Said writes that “modern Western culture is in large part the work of exiles, émigrés, refugees” in a fascinating passage offering support for the conception of the American ‘melting pot,’ a poetic multiculturalism in a land supposedly espousing freedom and liberty for all. All, that is, except the Indigenous nations who continue to face systematic marginalization and disempowerment, colonialism and genocide. For there to be an American ‘melting pot,’ there must be an American settler state.

Other diasporans, such as the Oromo scholar Asafa Jalata, have written about promoting social justice from the position of the exile and use the language of Indigenous rights. Yet once again, there is no critical reflection of one’s own role in reproducing and supporting the settler colonial state, the state which allowed him to pursue his own fight for freedom. In many ways, I think we are simply so engaged in our own struggles that we have become unwilling to accept our own role in violent colonial processes. What does it mean if I invoke the platform of Indigenous rights to achieve justice for my people if I do nothing to fight for those whose homeland I have no right to live upon?

There are clear and concrete ways in which settlers, including settlers of color and exiles, can work for justice alongside Indigenous peoples in settler colonies such as the United States. We can work for decolonization on Indigenous terms, being responsive to feedback and guidance. According to Dakota scholar Waziyatawin, this begins with truth-telling and the recognition of our role in the destruction of Indigenous lands, sovereignty, and livelihoods. Waziyatawin herself provides many specific examples of ways in which settlers can contribute to decolonization efforts. For example one group of non-Native activists called Unsettling Minnesota worked to raise money in order to buy back land on behalf of Dakota people. In addition, we can listen and react to the demands of Indigenous liberation movements like Idle No More.

The majority of my own activism and work is still focused around Amazigh issues, and I continue to feel conflicted about my status as both Indigenous and settler, a diasporic agent of U.S. settler colonialism. This recognition is just the first step, not the end. Indigenous peoples must walk the path toward justice and decolonization together.