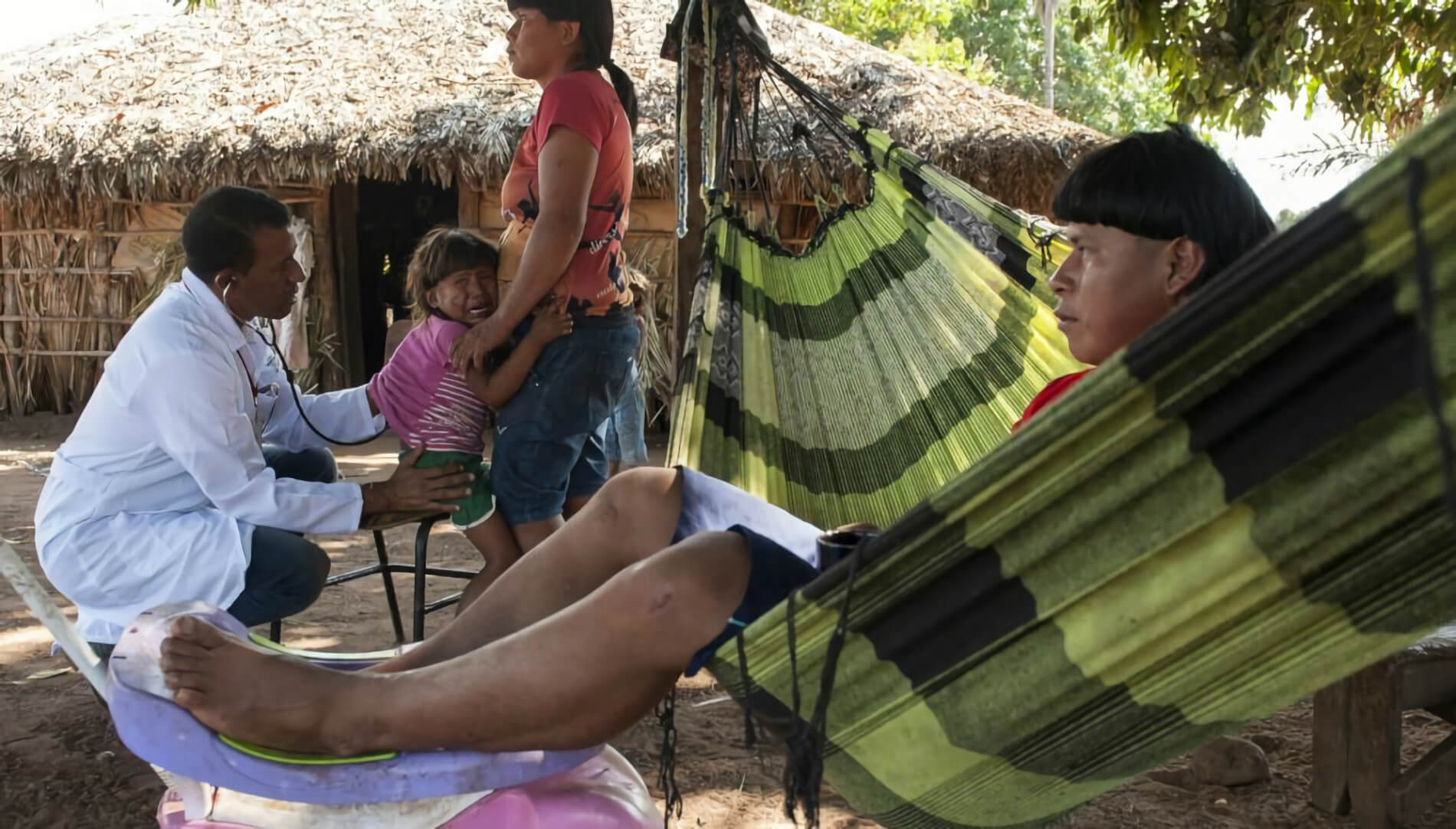 Indigenous Peoples in northern Ecuador are concerned about rising rates of cancer in their communities and have “attuned” to the global phenomena behind the disease.

A study carried out in two Kichwa communities located in the province of Imbabura, in the north of the country, found that villagers believe cancer rates are rising due to the use of chemical products, pollution, urbanization, lifestyle changes, as well as the increase of westernized diets and erosion of their culture.

“Our findings suggest that the Kichwa are aware of global phenomena in which the traditional diet has been replaced by western, processed foods and fast food, which result in higher levels of chronic diseases such as cancer,” concludes the study, published in the journal Ethnicity & Health this month.

Previous research has shown that chronic diseases including cancer, diabetes and cardiovascular conditions are increasing among Indigenous Peoples. However, there are no studies that quantify cancer morbidity and mortality among Indigenous populations in Ecuador.

This population is mostly concerned about cancers that affect the breast, prostate and stomach, as well as leukaemia, cervical and uterine cancers. These coincide with types of cancer that are most frequent in Ecuador, but there are no records of their incidence by ethnic group or specifically for Indigenous Peoples.

One of the scientists involved in the research, Enrique Terán from Universidad San Francisco de Quito (USFQ), acknowledges that more research is needed to understand the burden of cancer among the Indigenous Peoples of Ecuador and throughout Latin America.

But he also points out that according to the information available in the country, most of which is about Indigenous Peoples from the Amazon, “oil exploitation and pollution are the main problem”.

“Our study makes it clear that for the Indigenous Andean population, cancer is [seen as] an emerging problem. We must begin by identifying the risk factors and look for mechanisms and strategies for their management,” Terán tells SciDev.Net.

A separate study has found that in Brazil, sedentary lifestyles and consumption of ultra-processed foods is boosting cases of metabolic syndrome among the Xavante, one of the largest indigenous groups of the country.

By analyzing 948 Xavante people aged 20 years or older between 2008 and 2012, a team of researchers found that 66 per cent had metabolic syndrome, a term that describes conditions — such as high blood pressure and excess fat around the waist — which increase the risk of developing diabetes and cardiovascular diseases.

“Our study makes it clear that for the indigenous Andean population, cancer is [seen as] an emerging problem. We must begin by identifying the risk factors and look for mechanisms and strategies for their management.”

In a follow-up study two years later, the researchers found that of the 948 Xavante people previously evaluated, 246 had developed type-2 diabetes, a condition where blood sugar levels are too high because the body fails to produce insulin or use it effectively.

The studies were published in Diabetology & Metabolic Syndrome in 2015 and in June of this year, respectively.

Eye tests showed that 27 of the diabetes patients already had diabetic retinopathy, which can lead to blindness. According to According to Laercio Joel Franco, a co-author of the studies, evidence of the eye disease indicates that this ethnic group is developing other complications from chronic diabetes, such as nephropathy which can lead to kidney failure. The study calls for action to improve diabetes control.

“These populations do not have cultural conditions that allow themselves the regular application of insulin,” added Franco, who is a physician at the Faculty of Medicine of the University of Sao Paulo.

Traditionally a hunter-gatherer tribe, the Xavante Indians started to settle in parts of Mato Grosso state, in central Brazil, in 1957 due to conflicts with farmers who moved into the area.

The researchers also note that over the last few decades they have edged closer to nearby cities and begun to incorporate industrialised foods in their diets, especially soft drinks and foods high in sugar, fat and salt. They also stopped traditional, intense physical activities.

Franco adds that changes in the diet of the Xavantes were also due to government policies that “favoured the abandonment of traditional crops”.

“Many [indigenous people] are still unaware of the scale of the problem [chronic disease] and the risks this habit [unhealthy lifestyle] poses to their health,” says Luana Padua Soares, a nutritionist at the Uberlandia Federal University’s School of Medicine and a main author of the first study on the Xavante.

What is being observed in this population may be part of a larger epidemiological trend, according to Lalucha Mazzucchetti, a nutritionist at University of Southern Santa Catarina in Brazil. “There is an on-going process of changing in indigenous people’s eating habits all over Latin America, marked by the increasing presence of industrialized foods in their villages,” she says.

“In cases where there is demarcation of land [for use by indigenous groups]or difficulty in planting [and] harvesting [crops] or hunting, the adoption of food products that were not [traditionally] common often ends up being intensified, and may cause more health problems,” she adds.

Mazzucchetti is the main author of a study, published in the Brazilian scientific journal Cadernos de Saúde Pública, on the incidence of metabolic syndrome in the Khise^djê indigenous group of central Brazil. After evaluating 170 people of 20 years or older, her team found that 27.8 per cent had metabolic syndrome, which is also related to the excessive consumption of industrialized foods.

This article was originally published by SciDev.net. It has been edited and republished for IC under a Creative Commons License.