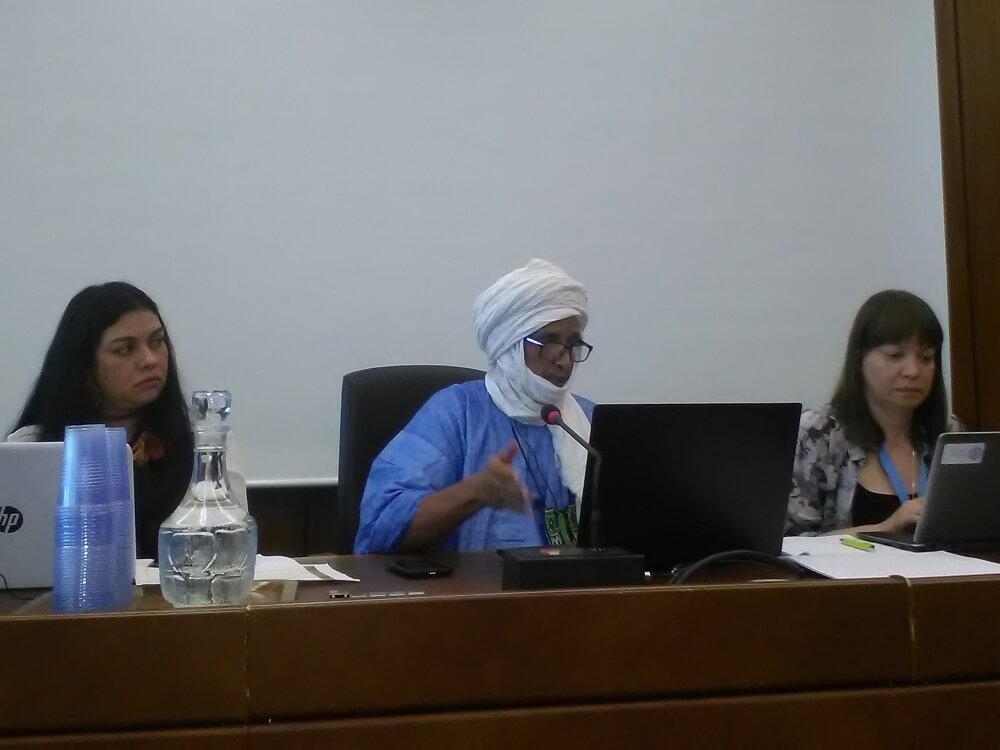 The side event was organized on 13 June, during the 34th session of the Intergovernmental Committee on Intellectual Property and Genetic Resources, Traditional Knowledge and Folklore (ICG), taking place from 12-16 June.

The United Nations Declaration on the Rights of Indigenous Peoples of 2007, the result of more than 20 years of negotiations, is the most comprehensive international document on the rights of indigenous people, Anne Nuorgam, member of the Saami Parliament of Finland, told the event. The tenth anniversary of the declaration this year is a good moment to look back at the achievements of the declaration, said June Lorenzo, in-house attorney at Pueblo of Laguna, in New Mexico (US).

Nuorgam said that Indigenous Peoples are the direct beneficiaries of the protection of genetic resources, traditional knowledge and traditional cultural expressions. The government of Finland has stated that local communities are the same as indigenous people, according to Nuorgam.

Lucia Fernanda Inácio Belfort Sales, member of the Povo Kaingáng Peoples in Brazil and executive director of the Instituto Indígena Brasilero da Propriedade Intelectual (InBraPi), said that there is a distinction between Indigenous Peoples and local communities in Brazil. Local communities are groups, creating traditional knowledge and expressions that are not native to Brazil, she said. Not all non-native groups in Brazil are considered as local communities, but only those groups that have conserved their cultural background, she said.

Indigenous Peoples consider their traditional cultural expressions as gifts from ancestors of which they have to take care, Preston said. Lorenzo told the conference that there has been a lot taken away from Indigenous Peoples.

Hamadi Ag Mohamed Abba, member of the Touareg people in Mali, said that a lot of traditional knowledge is orally transmitted from one generation to another. This transmission needs to be protected, he added. Q”apaj Conde Choque, aymar arxatiri from the Plurinational State of Bolivia and a WIPO indigenous fellow, said that transmission of traditional knowledge is not ensured due to the lack of legal protection. Elders are willing to transmit knowledge, but this knowledge could be misappropriated. This may have as a consequence that the youth does not have an identity, he added.

Some issues need to be addressed to ensure compliance with the UN Declaration on the Rights of Indigenous Nuorgam said.

Different alternatives of draft article 5 of the draft articles Rev.2 excluded traditional cultural expressions that are in the public domain and publicly available, she said. Nuorgam urged that these concepts should be deleted. She said that conventional intellectual property acknowledges that something can be publicly available, but still be the object of property.

Article 8 of the draft articles lists three options for the determination of the term of protection of the traditional cultural expressions.

Fernanda asked the audience and the panel to reflect on the time framework as a condition for protection of traditional cultural expressions.

This article was originally published by Intellectual Property Watch. It has been re-published at IC under a Creative Commons License.