Since the construction of the Itaipú hydroelectric dam, the Ava Guarani Peoples of Sauce have been fighting to stay on their ancestral lands. In the 1980s, after being told they could return to the land once the water from the dam receded, the community was sent to live far away from the Paraná river—the one water source that has always been essential to their way of life. In 2015, after years of living far from their home, the community decided to return to the banks of their river, and despite violent evictions from authorities, the Ava Guarani are claiming their right to the land they were forced to leave behind so many years ago. 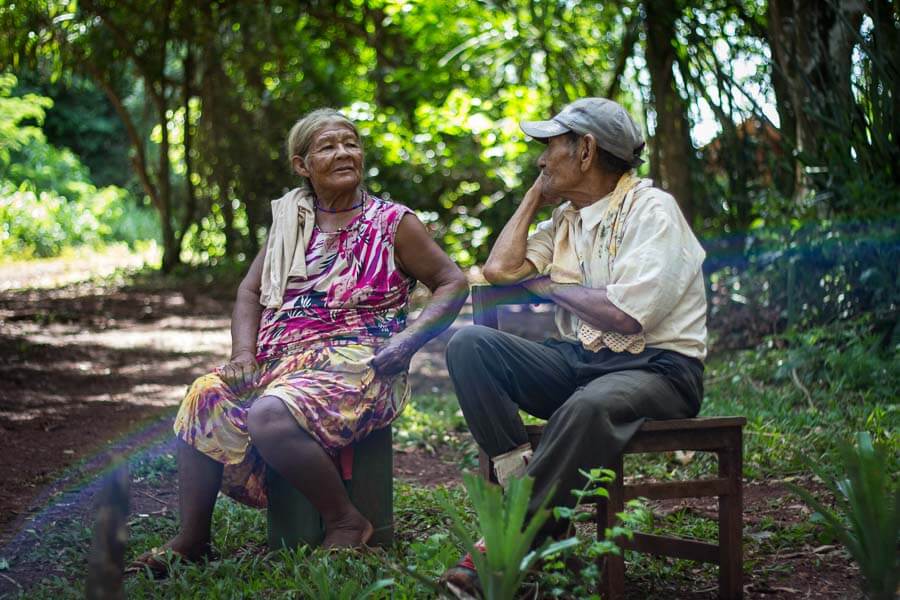 The Ava Guarani of the Parana went back to their land which was taken from them for the Itaipú hydroelectric dam. The Guarani were told that the dam would use the Guarani’s land in its entirety, but in fact, it only used a fraction of the land taken. Photo: Zulema Malky.

In 2016, Cristóbal Martínez saw his community being evicted for the second time by the Itaipú dam, one of the biggest hydroelectric dams in the world. The Ava Guarani Peoples of Sauce in the Alto Paraná department of Paraguay (‘sauce’ in Spanish also means willow) is a community with strong spiritual connections to the waters surrounding their land. When the eviction came, Martínez and his people were forced to watch as police set fires to their homes. Hidden with their belongings in the remote corners of their ancestral lands, they saw their tapỹi (their village) reduced to ashes. The situation was not too different from the last eviction which forced them to leave Sauce 30 years before. Only this time, the Ava Guarani wouldn’t abandon the shores of the Paraná river they called home.

Men, women, children and the elderly took refuge close to the river in the place that they inhabited until the 1980s. For the Guarani Peoples, the Yvy Marãe’ỹ (“land without evil”) is a place where they can be happy, a place where water flows abundantly. For the Ava Guarani, that water comes from the Paraná river, the second longest river in South America.

On September 30th, 2016, after the attempted eviction, twelve squad cars belonging to the Special Group of Operations branch of the National Police (GEO), the Mounted Police and civil servants from the Paraguayan Indigenous Institute (INDI) arrived in the village to check on the welfare of the Ava Guarani—but the community stayed in hiding.

For Martínez, the leader of this community, distrust of the authorities runs deep. History has taught him that the words of these white people are worthless and lies written on paper are dangerous. On September 13, 2016, Judge Emilio Gómez Barrios signed a court order that was used to evict them. Gómez Barrios ordered the eviction as a result of the demands of Germán Hutz, a powerful soy producer and brother-in-law of Paraguayan Vice President Juan Afara.

Since 2015, when the community first went back to Sauce, Martínez received several threats and bribery offers. The highest of them of them was for USD$50,000, a sum offered by Hutz’s envoys. Martínez says INDI also offered him money and a marshy patch of land which he refused. 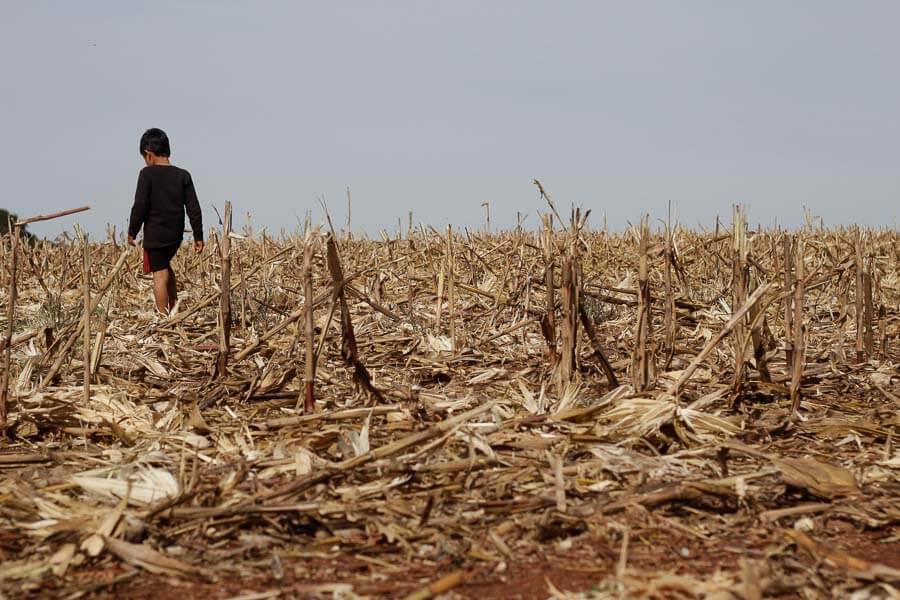 There were many animal rescue operations that took place during the dam’s construction, however, there’s not a single mention of any rescue for the displaced communities. Photo: Zulema Malky.

The origins of a binational giant

The biggest symbol of progress for Alfredo Stroessner’s dictatorship was the Itaipú hydroelectric dam. In April 1973, Stroessner signed the treaty of Itaipú with General Emilio Garrastazú Médici, Brazil’s then-president. At the time, the United States’ influence on Latin American military dictatorships meant big loans and Itaipú was no exception. The loans came quickly and the dam was built.

This is how the Paraguayan-Brazilian venture imposed itself as the largest project in the history of both countries.

In total, 38 indigenous communities — 688 families — were displaced from their territories as a result of the expropriation of 165,000 hectares for the construction of the Itaipú dam. A report from the Itaipú itself provides evidence that the Itaipú project did not compensate the Ava Guarani and, despite displacing them from the entirety of their land, only partially used the territory that was once theirs.

There were many animal rescue operations that took place during the dam’s construction. However, there is not a single mention of any rescue for the displaced communities nor is there mention of the agreements made with these communities in any reports.

The hardship endured by the Ava Guarani was also left out of the Paraguayan side of the Commission of Truth and Justice report that was created between 2002 and 2008 in an effort to provide justice to the victims of the dictatorship.

A willow is reborn by the banks of the Paraná

The inhabitants of the village didn’t forget the promise that was made to them when the dam was being built; that their lands would be returned to them. When they heard the rumor of the existence of over 1000 hectares of public land in front of Itaipú’s Limoy Reserve, they decided to take a chance and return.

In August 2015, after more than 30 years away, they returned to Sauce. The families rebuilt their houses, their farms, the water wells, the henhouses. A new Sauce was born again and so was the life of the Ava Guarani on their original land. 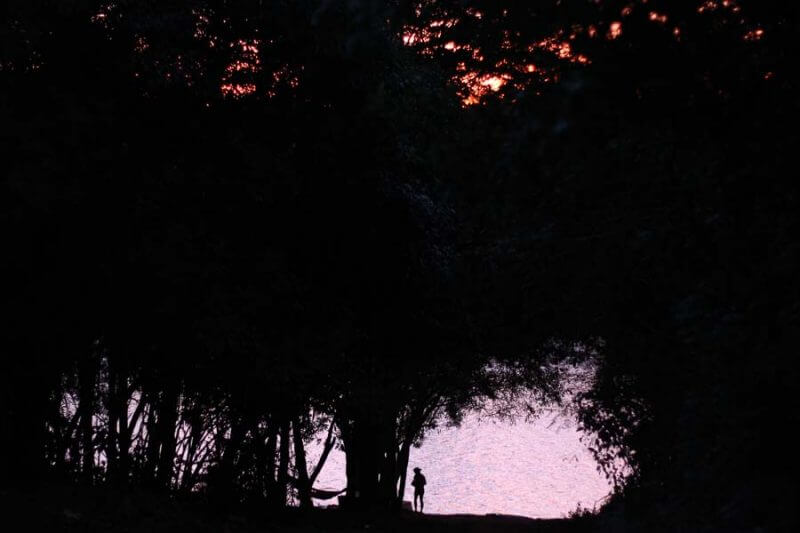 Decades after being evicted from their lands, the community of Sauce has returned to their land to defend their right to live in harmony with the river. Photo: Zulema Malky.

In 2015, the community began talks with the authorities. However, a year after that violent eviction of 2016, the community abandoned the negotiating table because none of the government institutions had kept their promises. They continue to demand that the State fulfill its obligations and provide them with the full recovery of their territories.

The community’s survival is the main priority now and it is what keeps its member working those lands. For the Ava Guarani of the Paraná, it’s impossible to comply with an agreement that is already broken.

This article is part of the series “Those who are banished don’t go to the supermarket” by Kurtural. It has been re-edited and published by Global Voices with the permission and the participation of its authors. Published on IC under a Creative Commons License.