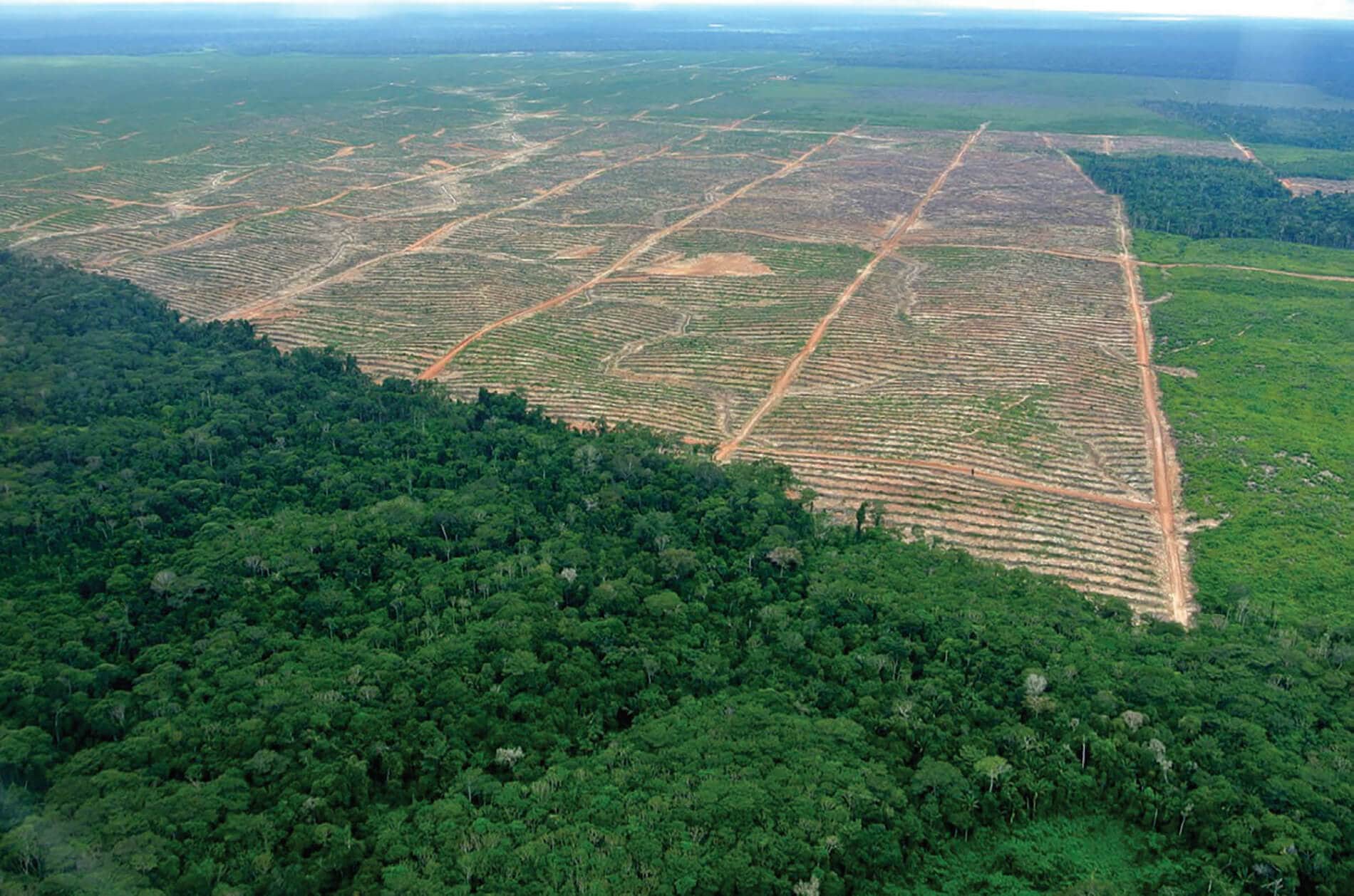 Carlos is in his early thirties and chief of his community, Santa Clara de Uchunya. He recalls travelling along the Aguaytia river in the Peruvian Amazon, and how, during his youth, there were chaikuni – protector spirits of the forests and water – living by the abundant lake beside his village.

The chaikuni have been driven out from these parts of the ancestral territory of the Shipibo-Konibo people.

The palm oil company Plantaciones de Pucallpa SAC (now known as Ocho Sur P SAC) appropriated a vast swathe of traditional lands and destroyed forests in order to install a plantation. Ever since, Carlos’s community have been struggling against a whole series of further disappearances.

Carlos explained: “We are witnessing the disappearance of our animals, our resources, water and the streams where we used to fish.”

This is compounded by changes in local climate, presumably owing to the drying effects of massive deforestation: “There has been a very radical change – now we can no longer distinguish between winter and summer.”

Together, these impacts are corroding the community’s ability to feed their families: “We no longer have enough to eat, we are struggling to meet our needs, because there is nothing left to hunt or fish.

“We find ourselves under a lot of pressure, oppressed by fear. The community can no longer live in peace because of the company and the deforestation.”

Over the past five years, the community have been fighting to defend what remains of their forests, water and way of life and, ultimately, secure legal and practical control over their ancestral territory.

This community has denounced these violations and the devastation wrought upon their home at local and international levels.

There have been landmark legal actions against the palm oil company and the officials who facilitated this land grab.

There has also been a formal complaint against Plantaciones de Pucallpa SAC to the Roundtable on Sustainable Palm Oil (RSPO), a global body which seeks to improve sustainability of palm oil supply chains.

Although the community are still fighting for a definitive solution to secure legal recognition of their lands, and an end to the land grab, their unified stance and solidarity from allies has resulted in some significant successes.

In September 2015, Plantaciones de Pucallpa was ordered by the Peruvian government to suspend its operations. In April 2016, the RSPO issued a Stop Work Order to the company, and in October 2017 the company withdrew from the RSPO.

In February 2017, United Cacao (one of the sources of finance for Plantaciones de Pucallpa SAC’s operations) was delisted from the London Stock Exchange’s Alternative Investments Market.

Last December, a court in Lima issued an injunction ordering the company to immediate suspend all operations in Santa Clara de Uchunya’s territory.

Most recently, in June of this year, independent government auditors announced they would be investigating serious irregularities in the measures taken by the Regional Government of Ucayali to legally recognise  Santa Clara de Uchunya’s lands.

Despite these efforts, Uchunya’s territory remains without legal recognition from the government.

Meanwhile, the community’s opposition to the practices of the palm oil company and land-trafficking gangs has resulted in increasing violence and threats directed at community members, including the following recent incidents:

On 23 September 2017, fifteen men known to be linked to the palm oil company approached the family home of Huber Flores, threatening him and demanding that he and his family leave their home.

On 11 December 2017, unknown individuals clearing the forest shot at a community delegation, which included representatives of local indigenous organisation, the Federation of Native Communities of Ucayali (FECONAU), and the Legal Defense Institute (IDL), as they were documenting recent deforestation and only narrowly escaped serious injury.

As highlighted in a recent report by Global Witness, Peru is one of the deadliest countries globally for land and environmental defenders. The Ucayali region, where Santa Clara de Uchunya is located, has some of the highest deforestation rates in the Peruvian Amazon, and also saw some of the greatest violence associated with land conflicts.

On 7 July, Carlos and his brother Benjamin narrowly escaped from being shot by three masked men as they were out gathering evidence of new forest destruction.

Following this most recent attack, Carlos stated: “My health is in pieces due to what happened and the trauma it caused me. I am now very afraid to return to my community; we need support to ensure the security and wellbeing of our families.”

The community’s forests, where Carlos’ grandfather, a powerful shaman, spent weeks at a time gathering medicinal plants for healing and learning, are now being converted into no-go zones of spiralling violence by land-traffickers intent on speculating with communal lands.

The community and its allies continue demanding lasting solutions from Peruvian and international institutions, such as addressing lack of secure land rights for Indigenous Peoples and implementing protection measures for indigenous human rights and land defenders.

Yet, at the same time, as people in Uchunya see Ocho Sur P continuing to transport palm fruits by the truckload for processing by mills operated by RSPO members, OLPESA, and Alicorp, as well as OLAMSA, they know they cannot wait on these institutions to protect their way of life.

They have issued a call to support urgent measures identified by the community to secure their lands, lives and access to food.

The inspiring response so far sends a powerful message of solidarity and hope to people in Santa Clara de Uchunya, who need solutions now, even as they continue the longer fight to reclaim their territory and future.

This article was originally published by our media partner, The Ecologist. It has been re-published at IC with permission.