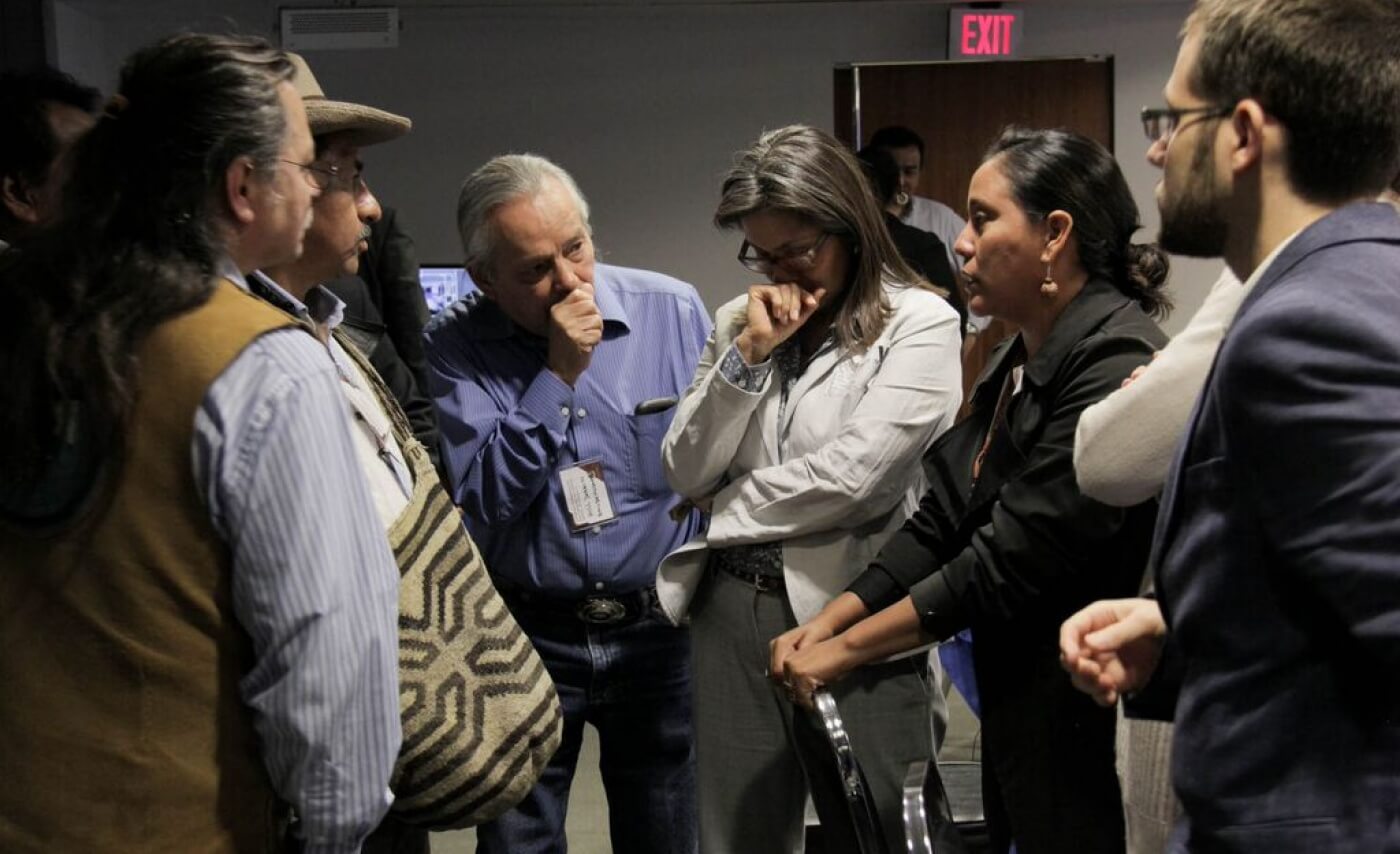 Photo by Vera Narvaez
Support our journalism. Become a Patron!

The American Declaration is hoped to be a comprehensive, regional human rights  mechanism that promotes, protects, and fulfills the rights of Indigenous Peoples in North, Central, and South America, and in the Caribbean. The American Declaration will also be used as a tool to ensure that states respect Indigenous Peoples’ rights through its application within the Inter-American Human Rights System. 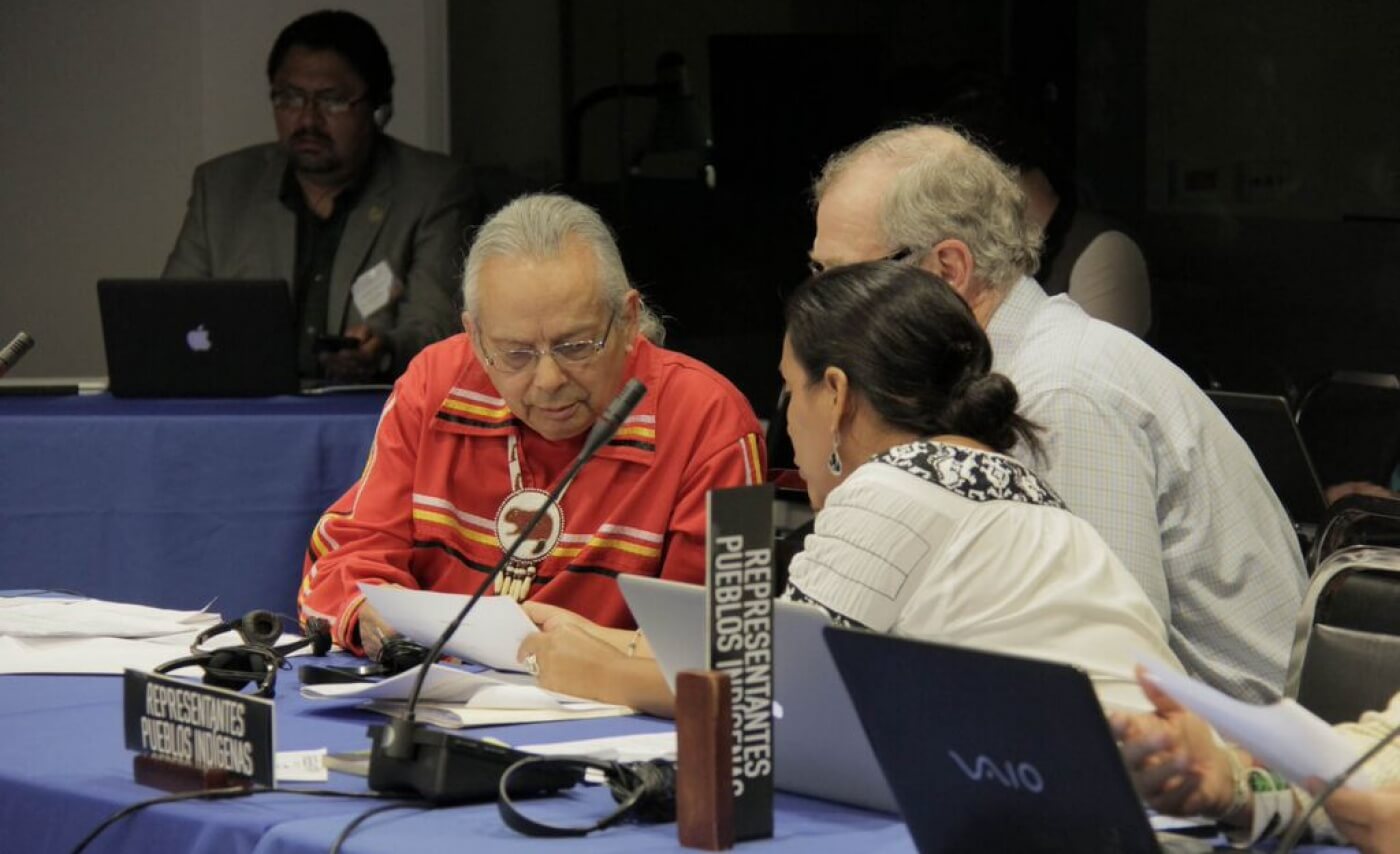 In 1989, the General Assembly of the Organization of American States requested that the Inter-American Commission on Human Rights to prepare a legal instrument on the rights of “Indigenous populations.” The OAS Working Group on the draft American Declaration began drafting the text in 1997 and held several rounds of negotiations before postponing its effort in 2012 due to a lack of funding. In December 2014, the Chair of the Working Group announced that the negotiations would resume in 2015 with monthly sessions with a goal to finalize the text in time for the OAS General Assembly in June 2015.

At the most recent meeting, Caucus members pointed to the “deceit and lack of good” will of Colombia, Brazil, Belize, Ecuador, Argentina, Chile, and Venezuela, governments most opposed to Indigenous rights, as the reason for the withdrawal of the Indigenous Caucus.  “They all wanted to subject Indigenous rights to inferior national constitution restrictions,” wrote Caucus member Damon Corrie, commenting on the process where several States introduced last-minute new text aimed at making the provisions in the American Declaration unclear, eroding the standards of the United Nations Declaration on the Rights of Indigenous Peoples. 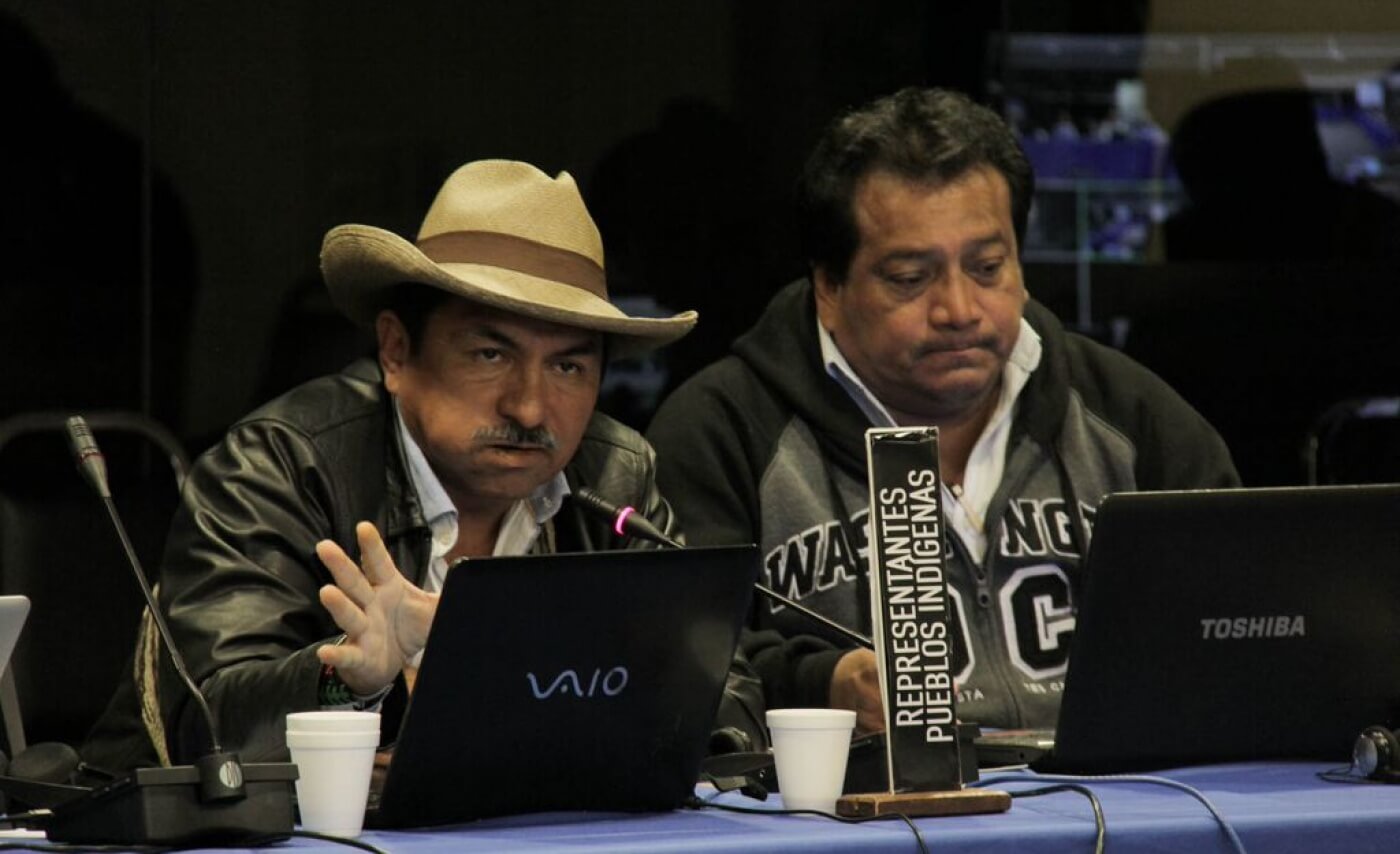 Below is a public statement from the Indigenous Caucus:

Position of the Indigenous Caucus of Indigenous Peoples of the Americas

We regret that some States insist to hinder negotiations which have been held for more than 17 years, by introducing at the last minute, new text to make the provisions in the American Declaration ambiguous, taking it below the standards of the Declaration of the United Nations and not recognize the rights of Indigenous Peoples, which is contrary to international human rights law.

The Caucus considers this a vile disrespect and bad faith and will not accept any disposition that limits the human rights of Indigenous Peoples to the constitutions, domestic laws and public interest and allow the continued violation of indigenous rights and destroy all progress we have achieved in the American Declaration.

We ask the Committee on Legal and Political Affairs, the Permanent Council and the General Assembly of the Organization of American States (OAS), to take all the necessary measures to guarantee the full and effective participation of Indigenous Peoples in the discussion and adoption of the American Declaration in a context of respect and equality.

Having said that and in view of the fact that there are no conditions for negotiations at this eighteenth session, we the Indigenous Peoples remove ourselves from the negotiating table and will not recognize any text.

Article originally published at Cultural Survival. Republished at IC Magazine with permission from the author.