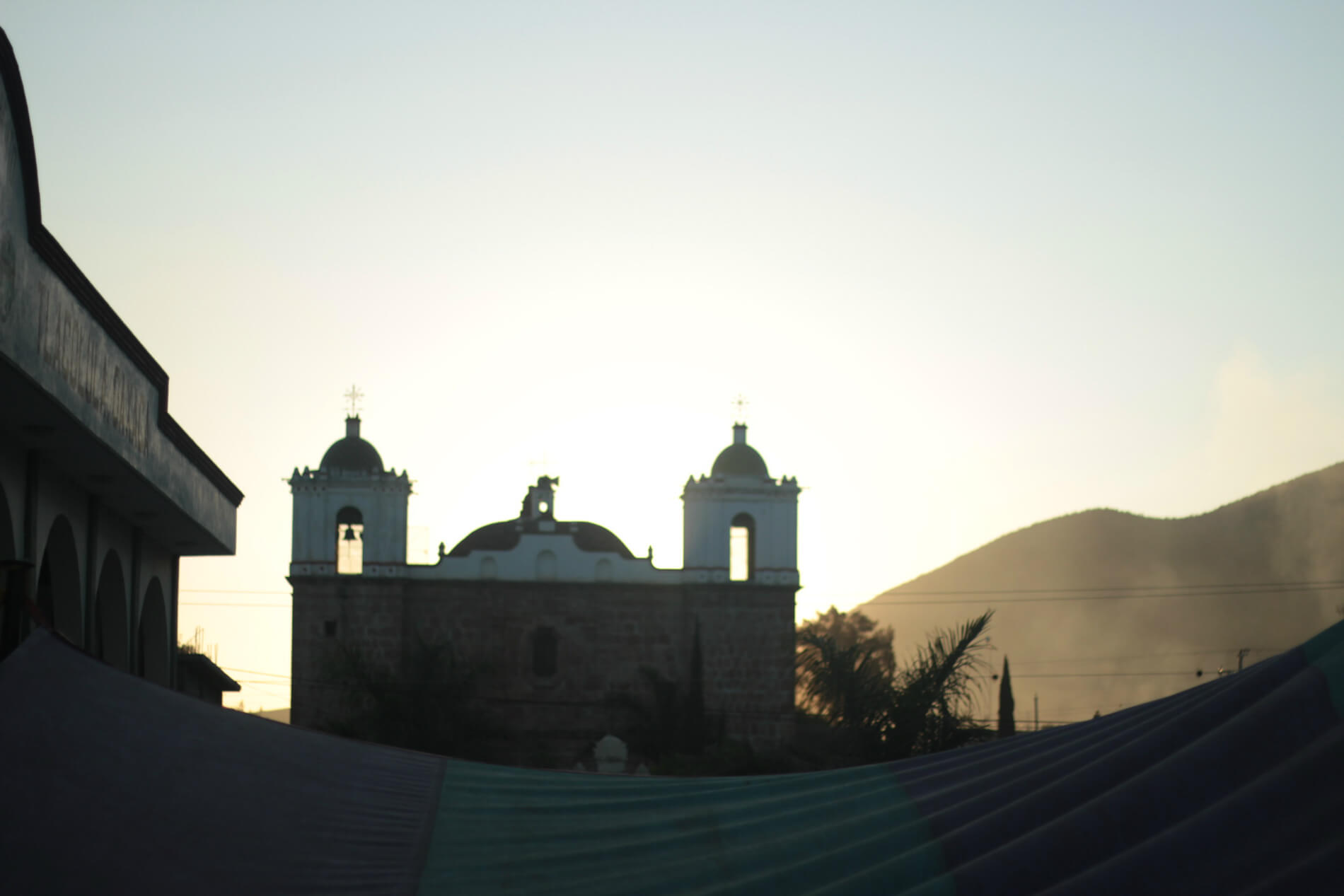 “Here we said yes to life, no to mining”

Collective Indigenous Governance in the Valley of Oaxaca
Moring in Magdalena Teitipac
Support our journalism. Become a Patron!

On a spring afternoon, the Zapotec community of Magdalena Teitipac in the central valley of Oaxaca, welcomes over a hundred compañeros and compañeras from across Mexico’s indigenous pueblos. For three years now, the Oaxacan Collective in Defense of the Territories (Collectivo Oaxaqueño en Defensa de los Territorios) has hosted a regional forum in different Zapotec communities with a national reach. This year, the forum was in Magdalena Teitipac, a community where mining activity is now prohibited.

Community leaders, delegates, and members of dozens of distinct pueblos arrived to share the strategies they are using to defend their territories and maintain indigenous structures of governance, education, and cultural autonomy. The declarations that would later come forward–along with the constant interchange of ideas, relations, and strategies–are at the heart of indigenous resistance to private and state projects that encroach on indigenous territories across the Americas. 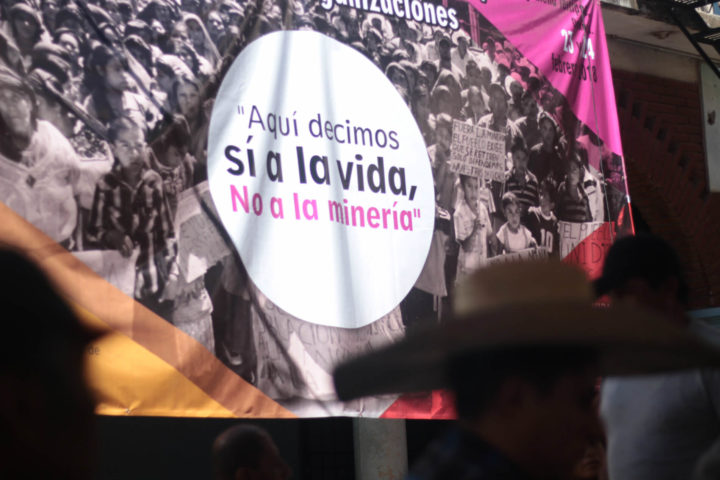 The ayuntamiento (the community leaders) of Magdalena Teitipac underscored how crucial the revitalization and maintenance of an indigenous structure of collective governance was to their fight against the Fortuna Silver Mines and the Plata Real mining project.

Between 2009 and 2011, Fortuna Silver Mines and its local subsidiaries undertook exploration activity in the area. They moved equipment for future installation, established roads, and began to lay a well system that would intake water from aquifers for mining usage, as well as to expel contaminated tailings from future mining activity.

After seeing these activities and discovering what was to come, the women of Magdalena Teitipac stepped forward. Knowing the devastation that would come to their community if their water became contaminated, the women were fundamental in pushing collective action. 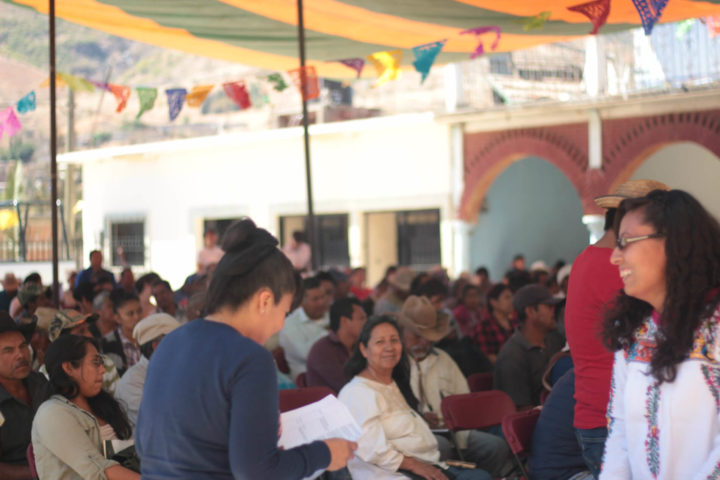 The Council of Elders and the Committee for the Defense of Territorial and Cultural Integrity voiced to the General Assembly of Magdalena Teitipac the dire necessity of defending the pueblo from the impending mine. In February 2013 the General Assembly gave the accord to expel Plata Real from the communal territory. In August that same year, the Municipal Council (Cabildo Municipal) decreed that Magdalena Teitipac was “territory prohibited for mining activity”. Such movements by municipal and community councils and governing bodies had to be respected by the state government, even if the lands were still officially designated as mining concessions.

In Magdalena Teitipac, the community had worked to forge and reassert its autonomous governance rooted in ancestral ways of being. Two years after successfully holding off the Canadian mine, in 2015 the community convened in the Estatuto Comunial de Magdalena Teitipac, proclaiming its recovery of a communal identity as a Zapotec people. Collective governance structures and indigenous cultural identity were inseparable in the fight to maintain territorial and cultural autonomy. 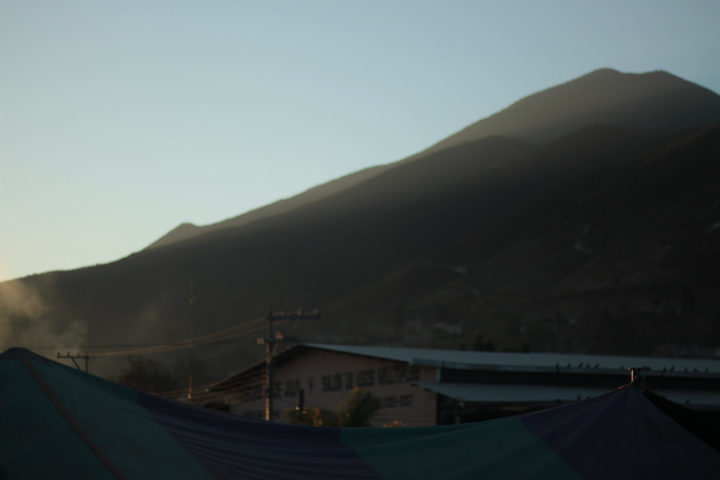 The Sierra protected by the community. Photo: Dillon Kim Sanchez

During the annual encuentros this theme has been brought up again and again, communities from across Oaxaca and Mexico found this to be a powerful and compelling lesson. Community leaders had shared with me days earlier in the Northern Sierra Zapotec community of Capulálpam de Mendez that in their own struggle to keep mining out of their territory, indigenous identity–reinforced by collective governance and the reproduction of this value across generations–was at the core of their success.

On the winding road into Capulálpam, one is greeted with a large sign that reads, “Here No Private Property exists.” Capulálpam has a collective governing system that is rooted in the Zapotec culture and ways of existing. I came to meet Manuel of Radio Padiushri, a community radio station that promotes the culture of the Zapotec people of the Northern Sierra. 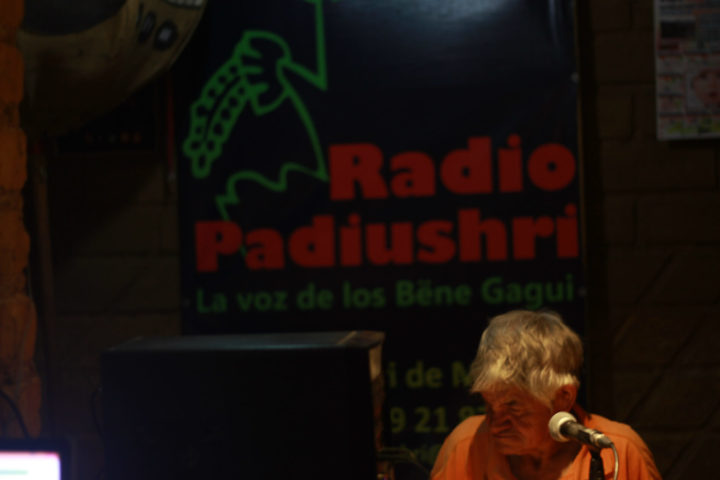 Capulálpam and the surrounding Sierra is rich in gold and silver. For hundreds of years the region was home to Spanish mines. Yet the Zapotec community knows that the large-scale chemical mining that Canadian mining conglomerate, Continuum, wanted to implement in the nearby La Natividad mining site would irreparably damage their milpas. So, through the collective channels of governance Capulálpam ruled that the company could not mine.

Manuel and I spoke about the nature of their struggle, which was always, he described, “legal”- this he noted was because of the rich history that the pueblo has. A pueblo which has had access to the channels of legitimized authority. Much to do with the ability of the traditional communal structures of the Zapotec to survive and operate within the economic boom that occurred in the 19th century. Manuel maintains that the community’s strong collective decision-making structure which is orientated around their cultural legacy and desire to exist in harmony with the earth are the key to the community’s ability to protect their land.

Articulated in the encuentros and by various indigenous communities has been a bold and nuanced meaning of: “la defensa de la tierra” – the defense of the land – which is deeper than defending a source of food, wealth, or stability; rather, this defense was the commitment and responsibility felt by communities to the care of their territories. It a deeply sacred act. This is a categorical difference between “land-rights issues” and indigenous politics.

We are remembering what we’ve been told to forget. This is who we’ve always been, but now we are finding the voice to say it. We have the will to fight for it.

A young man and I spoke during the drive from the main highway to the pueblo of Magdalena Teitipac before the 2nd annual encuentro. Something he said struck me, not as novel, but as expressing a profound constant that has been a defining aspect of indigenous politics that have been articulated in collective forms of governance and cultural integrity. “We are remembering what we’ve been told to forget. This is who we’ve always been, but now we are finding the voice to say it. We have the will to fight for it.” This young man, a few years older than I, and well-travelled. He was born there in Magdalena but had made the journey north to the U.S. where he had worked in L.A as a cook but has since returned to his hometown and drives his taxi. We agreed, this awakening in Mexico was both new but old: “la lucha es en nuestra sangre. It’s not something we forget easily.”

The voices and proclamations that emerge from the enduring and redefined traditions of indigenous collective governance are bold and forward-looking, but they acknowledge the grave moment they exist within.

Even as communities have prevent mining projects in their territories from being carried out, subsoil resources, i.e. gold and silver, according the Mexican constitution are owned by the state and the state grants these territories as concessions to mining companies. Additionally, since 1992 Mexican law has allowed full ownership of mining projects to foreign companies. This means that indigenous communities in Mexico have the full weight of the federal government and multinational corporations against them, which regularly exercise violence and persecution against resisting communities. 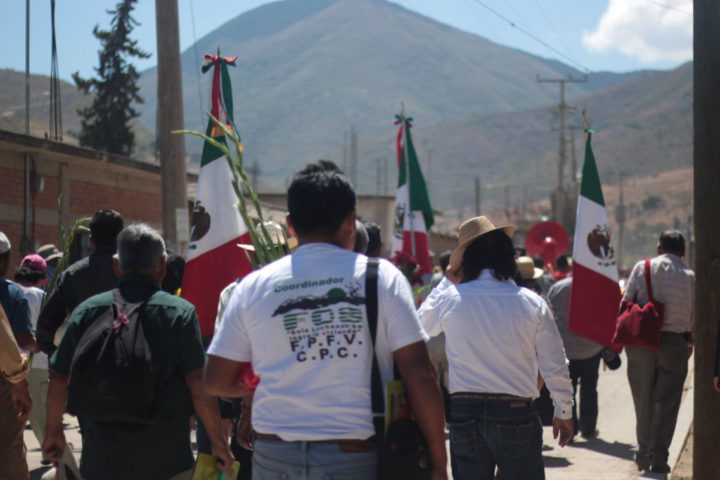 The organization of municipalities across Oaxaca based in communal structures of indigenous governance is not only a defensive maneuver against the notions of development that would result in indigenous displacement. Rather, the articulation of the past three encuentros forwards a vision that demands the recognition of their autonomy and self-determination. Education and community development that heralds the values that will protect the water, valleys, and sierras of these territories along with structures of communal government is at the heart of indigenous victories of the region.