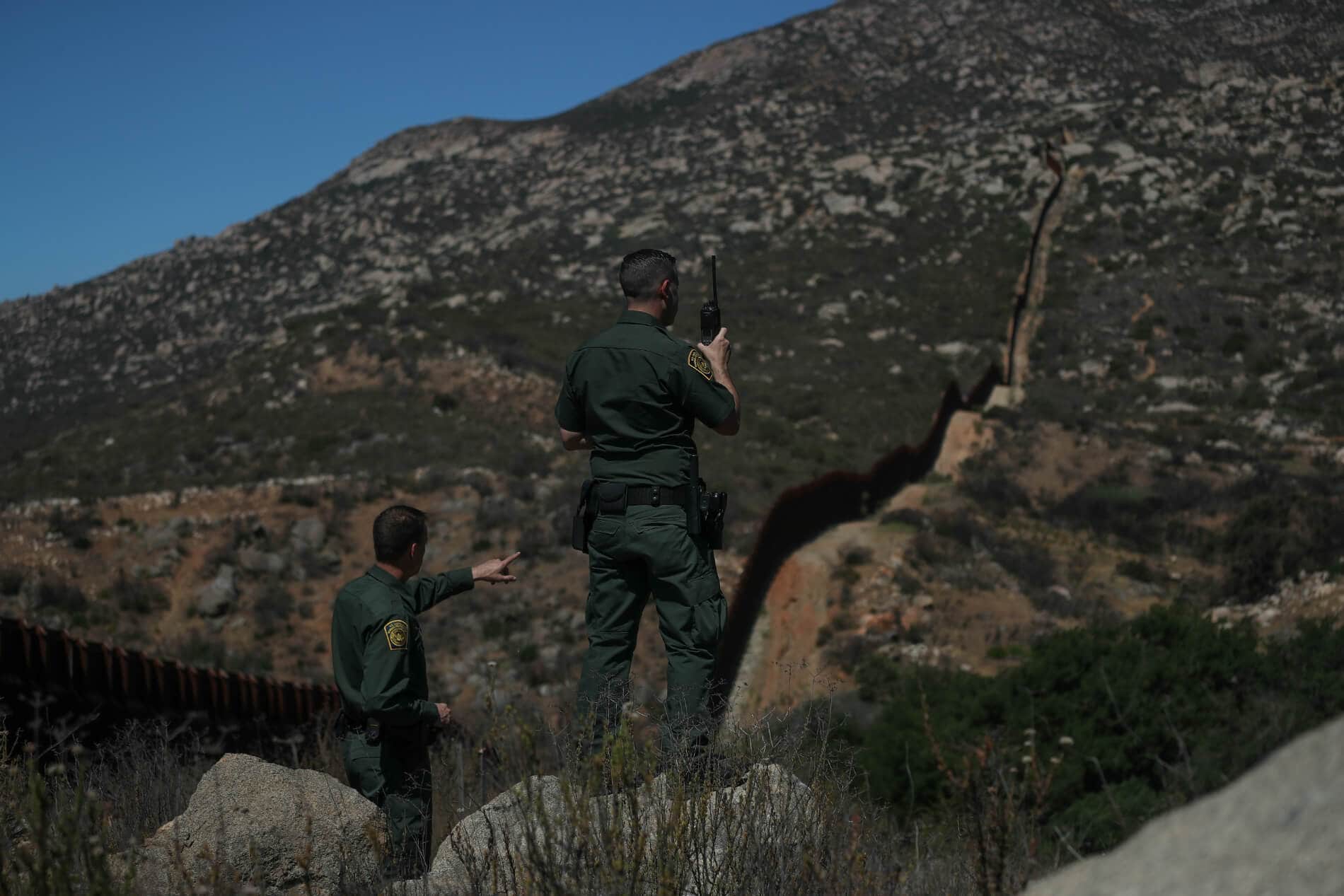 For Native Americans, US-Mexico border is an ‘imaginary line’

A steel wall along the U.S. border near Tecate, California, cuts across Mount Cuchame, a site sacred to the Kumeyaay people. Reuters/Adrees Latif
Support our journalism. Become a Patron!

Immigration restrictions were making life difficult for Native Americans who live along – and across – the U.S.-Mexico border even before President Donald Trump declared a national emergency to build his border wall.

The traditional homelands of 36 federally recognized tribes – including the Kumeyaay, Pai, Cocopah, O’odham, Yaqui, Apache and Kickapoo peoples – were split in two by the 1848 Treaty of Guadalupe Hidalgo and 1853 Gadsden Purchase, which carved modern-day California, Arizona, New Mexico and Texas out of northern Mexico.

Today, tens of thousands of people belonging to U.S. Native tribes live in the Mexican states of Baja California, Sonora, Coahuila and Chihuahua, my research estimates. The Mexican government does not recognize indigenous peoples in Mexico as nations as the U.S. does, so there is no enrollment system there.

Still, many Native people in Mexico routinely cross the U.S.-Mexico border to participate in cultural events, visit religious sites, attend burials, go to school or visit family. Like other “non-resident aliens,” they must pass through rigorous security checkpoints, where they are subject to interrogation, inspection and rejection or delay.

Many Native Americans I’ve interviewed for anthropological research on indigenous activism call the U.S.-Mexico border “the imaginary line” – an invisible boundary created by colonial powers that claim sovereign indigenous territories as their own.

A border wall would further separate Native peoples from friends, relatives and tribal resources that span the U.S.-Mexico border.

Tribal members say that many Native Americans in the U.S. feel detached from their relatives in Mexico.

“The effect of a wall is already in us,” Mike Wilson, a member of the Tohono O’odham Nation, who lives in Tucson, Arizona, told me. “It already divides us.”

The Tohono O’odham are among the U.S. federal tribes fighting the government’s efforts to beef up existing security with a border wall. In late January, the Tohono O’odham, Pascua Yaqui and National Congress of Indian Americans met to create a proposal for facilitating indigenous border crossing. 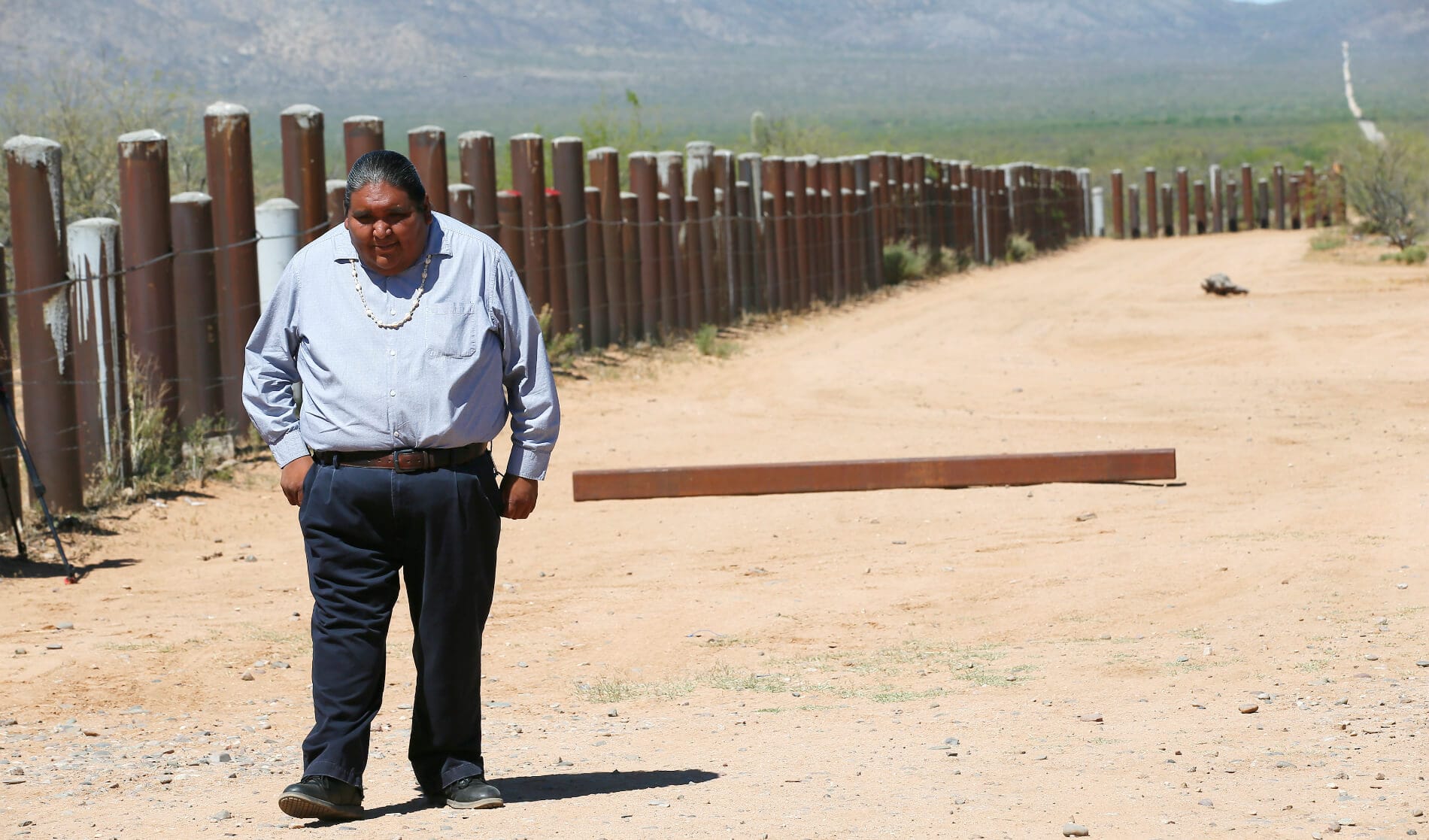 That has become difficult since 2006, when a steel vehicle barrier was built along most of the 62-mile stretch of U.S.-Mexico border that bisects the Tohono O’odham Nation.

Previously, to get to the U.S. side of Tohono O’odham territory, many tribe members would simply drive across their land. Now, they must travel long distances to official ports of entry.

One Tohono O’odham rancher told The New York Times in 2017 that he must travel several miles to draw water from a well 100 yards away from his home – but in Mexico.

And Pacific Standard magazine reported in February 2019 that three Tohono O’odham villages in Sonora, Mexico, had been cut off from their nearest food supply, which was in the U.S.

Several international agreements – including the United Nations Declaration on the Rights of Indigenous Peoples – confirm these communities’ innate rights to draw on cultural and natural resources across international borders.

Officially, various federal laws and treaties affirm the rights of federally recognized tribes to cross between the U.S., Mexico and Canada.

The Jay Treaty of 1794 grants indigenous peoples on the U.S.-Canada border the right to freely pass and repass the border. It also gives Canadian-born indigenous persons the right to live and work in the United States.

In practice, however, the free passage of Native people who live across both the United States’ northern or southern border is curtailed by strict identification laws.

The United States requires anyone entering the country to present a passport or other U.S.-approved identification confirming their citizenship or authorization to enter. The Real ID Act of 2005 allows the Department of Homeland Security secretary to waive any U.S. law – including those protecting indigenous rights – that may impede border enforcement.

Only the American Indian Card, which is issued exclusively to members of the Kickapoo tribes, recognizes indigenous people’s right to cross the border regardless of citizenship.

According to the Texas Band of Kickapoo Act of 1983, “all members of the Band” – including those who live in Mexico – are “entitled to freely pass and repass the borders of the United States and to live and work in the United States.”

The majority of indigenous Mexicans wishing to live or work in the United States, however, must apply for immigrant residence and work authorization like any other person born outside of the U.S. The relevant tribal governments in the U.S. may also work with Customs and Border Patrol to waive certain travel document requirements on a case-by-case basis for short-term visits of Native members from Mexico.

Since border patrol agents have expansive discretionary power to refuse or delay entries in the interest of national security, its officers sometimes make arbitrary requests to verify Native identity in these cases.

Such tests, my research shows, have included asking people to speak their indigenous language or – if the person is crossing to participate in a Native ceremony – to perform a traditional song or dance. Those who refuse these requests may be denied entry.

Border agents at both the Mexico and Canada borders have also reportedly mishandled or destroyed Native ceremonial or medicinal items they deem suspicious.

“Our relatives are all considered ‘aliens,’” said the Yaqui elder and activist José Matus. “[T]hey’re not aliens. … They’re indigenous to this land.”

“We’ve been here since time immemorial,” he added.