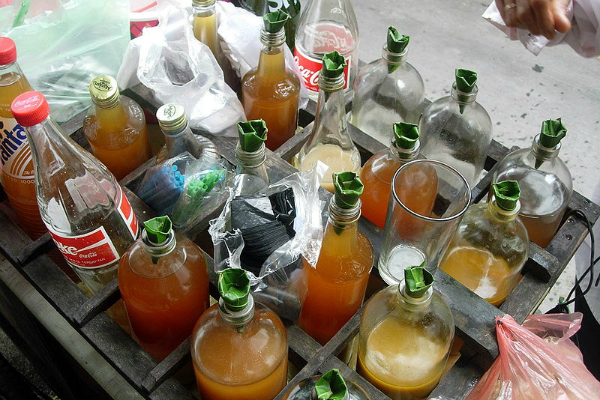 The European Parliament is debating a draft biopiracy law requiring industry to compensate indigenous people if it makes commercial use of local knowledge such as plant-based medicines.

Under the law – based on the international convention on access to biodiversity, the Nagoya protocol – the pharmaceuticals industry would need the written consent of local or indigenous people before exploring their region’s genetic resources or making use of their traditional know-how.

Relevant authorities would have the power to sanction companies which failed to comply, protecting local interests from the predatory attitude of big European companies.

The draft report on access to genetic resources by Green MEP Sandrine Bélier, cites as an example a German pharmaceutical company’s dealings in South Africa.

Pelargonium sidoides, a variety of geranium known for its antimicrobial and expectorant qualities, has been used traditionally by indigenous communities in South Africa for centuries to treat bronchitis and other respiratory diseases.  It also stimulates the nervous system, so has been used in the treatment of AIDS and tuberculosis.

In 2000, the German company Schwabe made significant profits on Umckaloabo, a product derived from the geranium, without compensating local communities. It then filed patents claiming exclusive rights to the medical use of the plant.

But in 2010 the patents were cancelled following appeals from the African Centre for Biosafety in South Africa and the Bern Declaration in Switzerland, calling the patents “an illegitimate and illegal monopolization of genetic resources derived from traditional knowledge and a stark opposition to the Convention on Biodiversity.”

Bélier told EurActiv the law would help protect biodiversity and ensure that the people from the region are adequately compensated for their resource and their traditional know-how.

“In order to participate in the conservation of biodiversity, the people’s and knowledge that are associated to it, we must ensure today that the benefits arising from the utilization of genetic resources and the associated traditional knowledge are shared in a fair and equitable manner,” she says in her explanatory statement for regulation.

The need to ensure the property rights of indigenous populations becomes more pressing as industry looks more and more to plant and animal-based cures to common diseases. “The cure to AIDS may be within an insect, for example,” Bélier said.

Only 16 countries have ratified the Nagoya protocol. The European Union and its 24 of its 27 member states have signed the convention, but are yet to ratify it. When they do, Nagoya should soon reach the 50 states needed for it to come into force.

But obstacles remain due to vested interests, particularly in the European pharmaceuticals industry.

“90% of genetic resources are in the South and 90% of the patents are in the North,” Bélier told EurActiv.

“The 16 states are countries in the South. Benefit-sharing applies to European territory as well,” she said, adding that vested interests were strong in French Guiana, a biodiversity-rich French territory in South America.

Europe’s adoption of the protocol also has implications for business. Indigenous and local populations are likely to reward countries and companies which seek to protect their biodiversity and intellectual property rights, Bélier says. “US companies are becoming interested in biodiversity. There is trust, for example in Africa, towards the European Union.”

A number of companies have already begun voluntary initiatives to compensate indigenous communities, Bélier said. “Private actors appear favourable … wanting to challenge biopiracy. We have to highlight the companies which are going to do it.”

The EU council of ministers will debate the Parliament’s amendments in the coming months. “I hope to have the support of the Council and an adoption at the first reading,” Bélier said. “If not we [Europe] will lose its leadership in the protection of biodiversity.”

It is believed that the UK intends to adopt the Nagoya protocol at an international conference on the biological diversity convention, held in October 2014 in South Korea.

The World Health Organization (WHO) estimates that 4 billion people, 80% of the world’s population, use herbal medicine in primary health care.

Marc Hall is a journalist for the Brussels-based EU news website euractiv.com. He also wrote about indigenous affairs when he worked as a reporter in Medellin, Colombia.

First published on 26 April 2013 on EurActiv.com