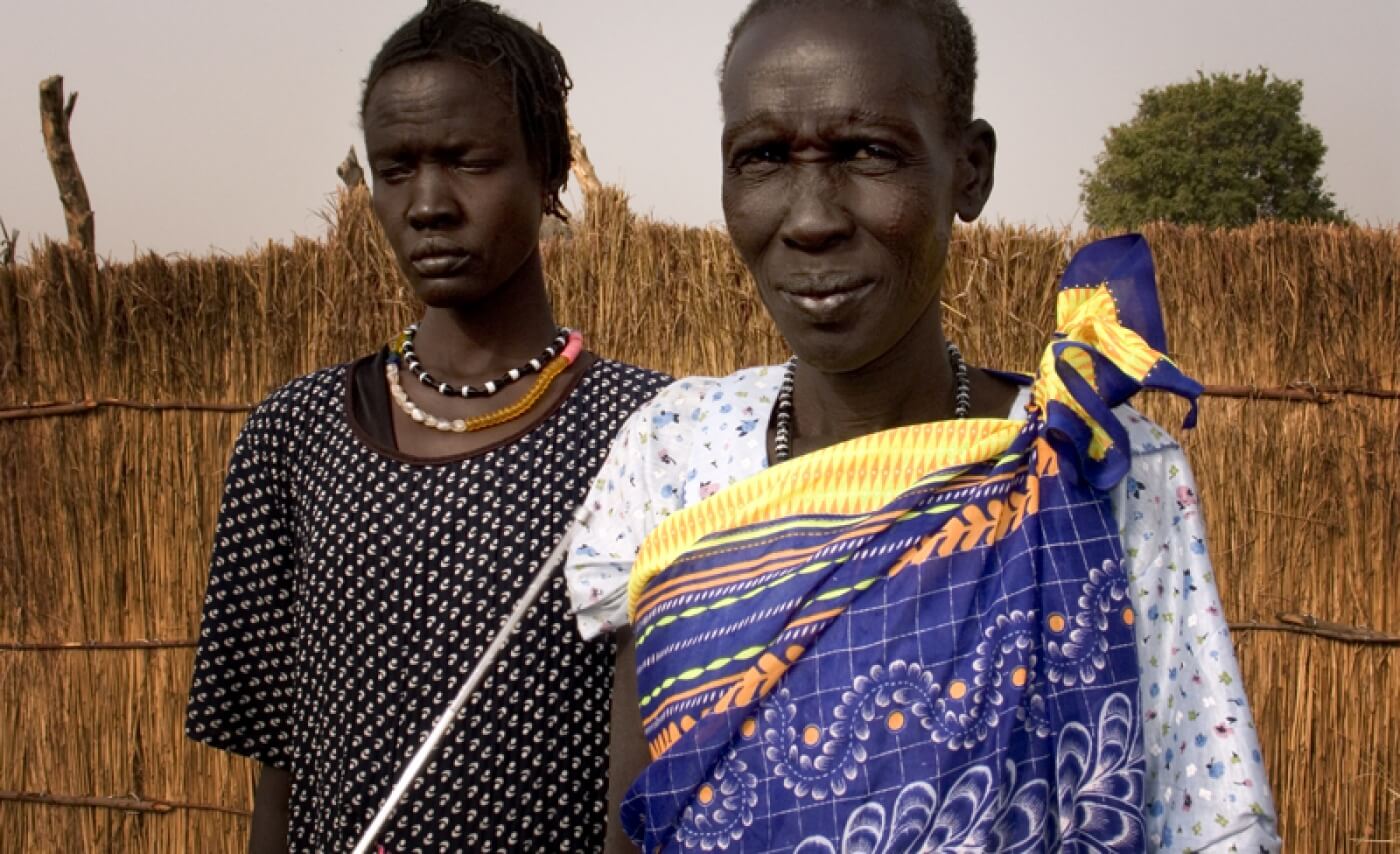 Two Anuak women in the Gambella Province of Ethiopia. By Julio Garcia on March 18, 2007.
Support our journalism. Become a Patron!

On December 28, 2015 Ethiopia’s Agricultural Ministry revoked their contract with Karuturi Global Limited, an Indian company who in 2010 won a concession for 100,000 hectares of land to be developed for industrial agriculture for export in the Gambella region of southern Ethiopia, home to the Indigenous Anuak, Mezenger, Nuer, Opo, and Komo peoples. The Agricultural Ministry’s land investment agency cancelled the concession on the grounds that by 2012 Karuturi had developed only 1,200 hectares of land within the initial two year period of the contract.

Since 2013 the company began spiraling out of control, when it was found guilty of tax evasion in in a similar land grab venture in Kenya, and the following year had its operations was taken over by Stanbic Bank.

Karaturi’s Managing Director Sai Ramakrishna has challenged the Agricultural Ministry’s project termination in Ethiopia, telling Bloomberg Business, “I don’t recognize this cancellation,” and is seeking arbitration.  If international arbitration is granted, Karuturi will advocate for the continuation of the company’s commercial agriculture plan. Ethiopian officials have dismissed their claims.

Karuturi Global’s project failure resembles that of many foreign investors who have purchased land under the Ethiopian government’s push to lease Indigenous lands to foreign investors, in what many term “land grabbing’’.  According to Bloomberg, none of these farms in Ethiopia have reported any success in exporting crops.

Ethiopia’s land leasing plans were described as a roadmap to development. Called “villagisation”, the plan involved removing the Indigenous Peoples who sustain themselves from their lands practising farming, hunting, gathering, and pastoralism, and grouping them into established villages, with the idea that the land would be used to produce large scale industrial agriculture to sustain the population’s food needs.  Jobs would be created, turning Indigenous Peoples into wage workers who could then buy foods.  But Karaturi’s plans were different- aiming to export grains for sale abroad rather than selling them locally, despite Ethiopia’s ban on the export of cereal crops.

The socio-economic transformation promised by the regional government was never realized. Rather, villagisation has meant the forced removal of Indigenous Peoples from their ancestral lands and the creation of an aid-dependant food source. Obang Metho,  Anuak human rights activist from Gambella, explained in a video with local media Ethiopian Satellite Television, “This was not empty land. People have been living on this land for generations. When I grew up we didn’t have an office job to earn wages, people depend on land. Our supermarket is going to the field. The field was our bank. When you take away our lands, you are taking away our livelihood, our futures.’’

On a morning in late 2010 the Anuak peoples living in the province of Gambella were met by regional government officials and soldiers. Without their knowledge or consent the Ethiopian government had sold an estimated 42% of Anuak land to foreign investors. The Anuak people were forced to leave their only known livelihoods, including essential food sources, and move to government sponsored “villages’’ which soon turned into refugee camps.   In 2012, Human Rights Watch published its report, “’Waiting Here for Death’ Forced Displacement and “Villagization” in Ethiopia’s Gambella Region” documenting the “forcible  moving tens of thousands of indigenous people in the western Gambella region from their homes to new villages under a  ‘villagization’ program.”

“In their old village there was a school under a mango tree. In the new village, donor money had paid for a new school building. The children, however, were too hungry to attend, roaming instead in the forest looking for food… but now the government can show the world there is a ‘school’” — Anuak refugee displaced to the Dadaab Refugee Camp in Kenya (from The Guardian’s article, Ethiopia’s rights abuses ‘being ignored by US and UK aid agencies’.) 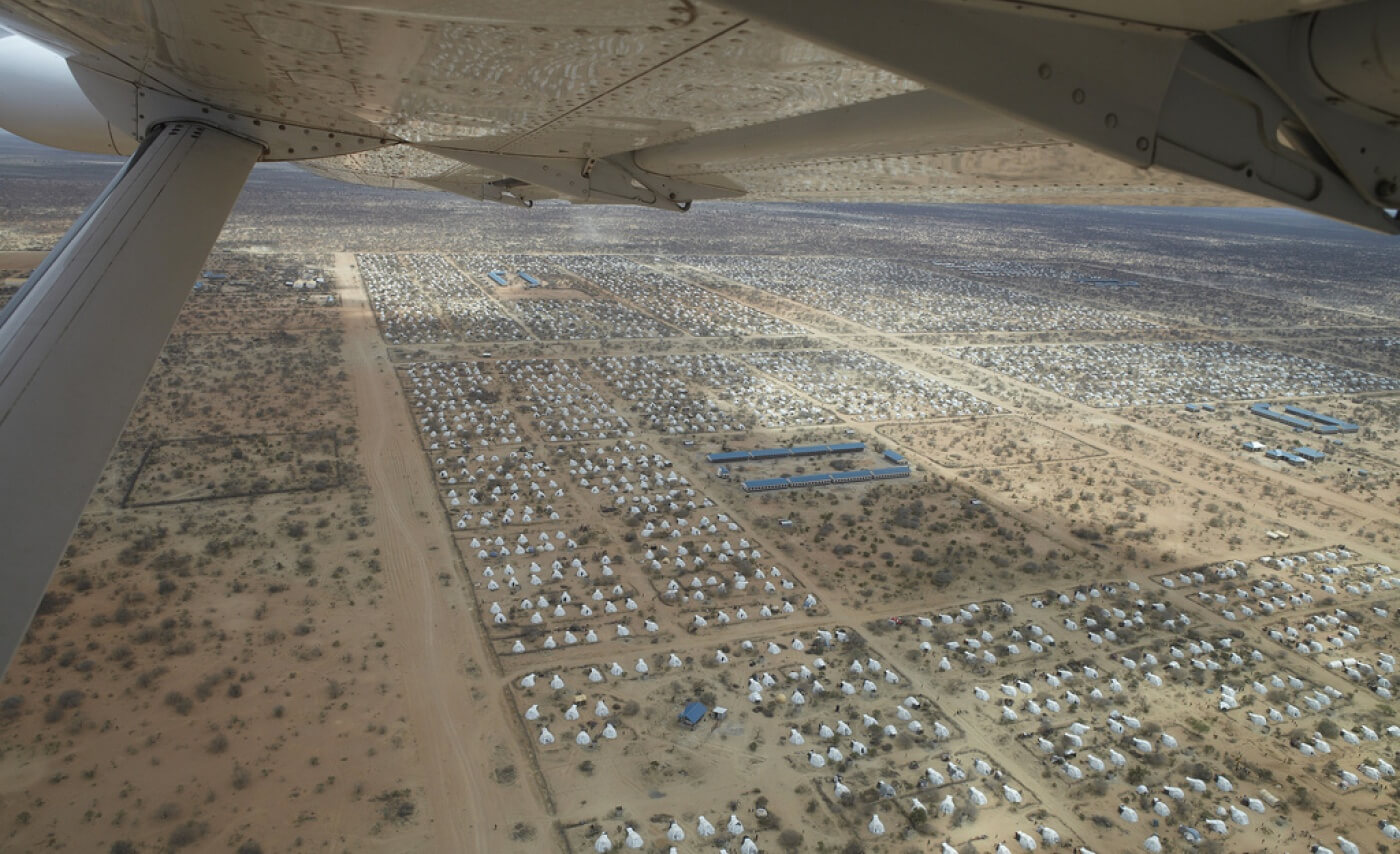 An aerial view of the Dadaab Refugee Camp in Kenya where many Anuak people turned to for shelter after forced removal from Gambella. Photograph taken on November 1, 2011 by Oxfam International

Since their displacement in 2010 the Anuak have become refugees – many having turned to the crowded refugee camps in South Sudan and Kenya. As a result of their forced displacement many of the Anuak, and other Indigenous Peoples of the southwest, have endured scores of human rights violations including documented cases of rape, torture, extrajudicial imprisonment and famine, while these conditions were ignored by donor agencies USAID and DfiD.

Now, Ethiopia, USAID and Dfid have a chance to right their wrongs, and return the lands to the Indigenous Peoples turned into development refugees. But the Agriculture Ministry has said that the rest of the land will return to a “land bank” for future re-investment.

The UN Declaration on the Rights of Indigenous Peoples clearly states in Article 28.1

Indigenous peoples have the right to redress, by means that can include restitution or, when this is not possible, just, fair and equitable compensation, for the lands, territories and resources which they have traditionally owned or otherwise occupied or used, and which have been confiscated, taken, occupied, used or damaged without their free, prior and informed consent.

For the survival of the Indigenous Peoples of Gambella, International aid agencies must take an active role to bring these displaced communities access to lands and a means of sustainable livelihoods.

This article was originally published at Cultural Survival. Re-published at IC with permission.