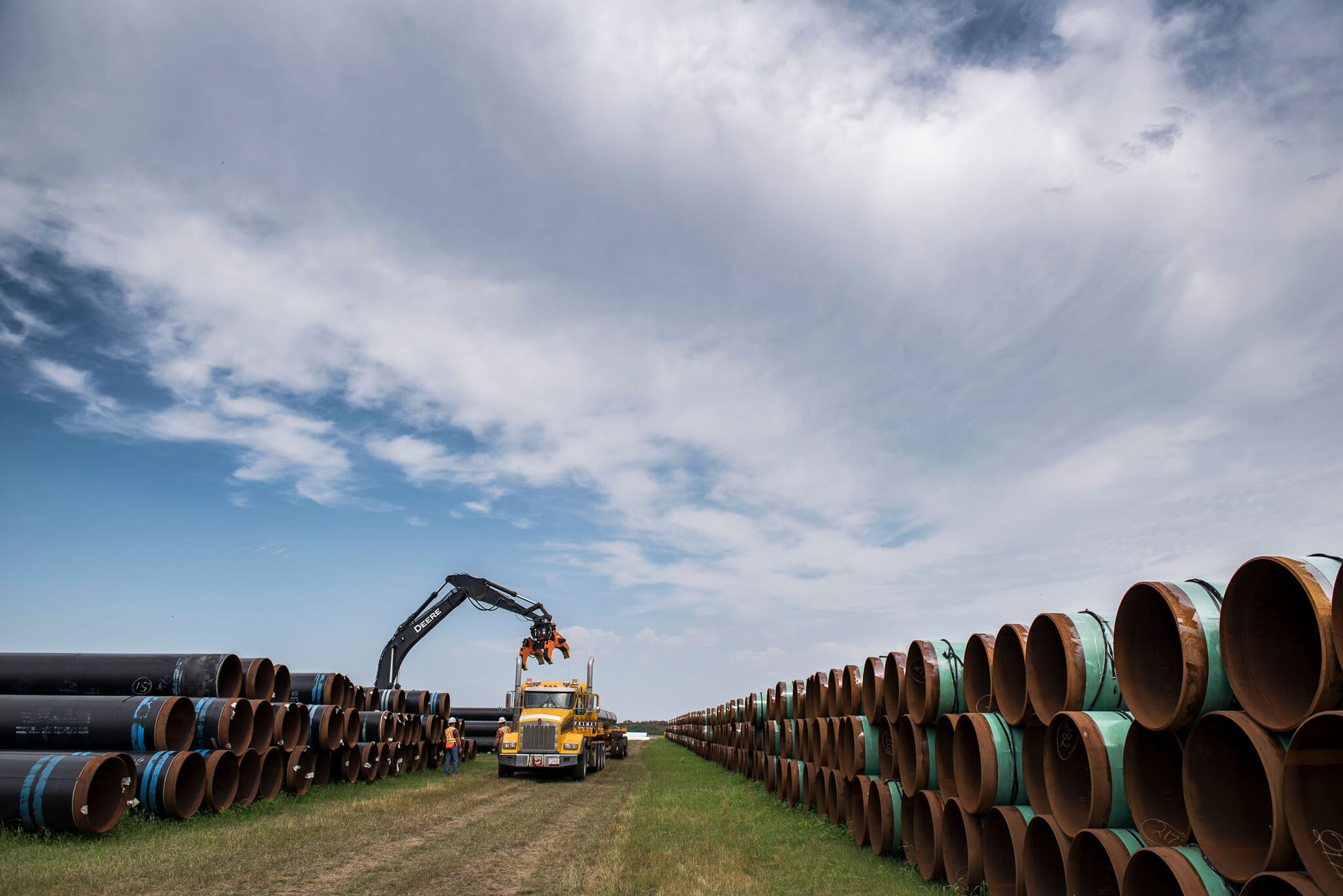 Minnesota police, according to records obtained by The Intercept, have spent more than a year gearing up for a militarized standoff with those opposed to Enbridge’s Line 3 tar sands pipeline, even borrowing from the playbook of North Dakota law enforcement, which launched a brutal response to the Indigenous-led demonstrations against the Dakota Access pipeline in 2016.

The Line 3 project, which Calgary-based Enbridge says is its largest ever, would replace a cracked and corroded crude oil pipeline installed in the 1960s with a 1,031-mile pipeline that would run from Canada’s Alberta tar sands to a Wisconsin shipping hub. If constructed, it would cut through Native American reservations and treaty lands in Northern Minnesota, jeopardizing fresh water resources and wild rice beds that local Indigenous peoples consider their “primary economic, nutritional, and cultural resource.”

The dangerous Line 3 pipeline in Minnesota would send a million barrels of tar sands oil—the dirtiest fossil fuel in the world—through the headwaters of the Mississippi River, tribal treaty lands and sacred wild rice beds. It must be stopped. #StopLine3 pic.twitter.com/MTktHBcTwv

As The Intercept outlines,

“In 2017, Enbridge began construction on the tiny portion of Line 3 that cuts into Wisconsin. Local police reports describe two security firms, Raven Executive and Security Services and Securitas, keeping tabs on protesters and reporting their activities to law enforcement. It was the protests in Wisconsin that sparked the multi-state coordination led by Minnesota. The state’s fusion center developed a reputation as “the keepers of information for the Enbridge protests,” as one sheriff’s analyst put it, receiving information on Line 3 opponents from police departments in at least three states. While fusion centers were originally established to facilitate counterterrorism intelligence-sharing, they have increasingly played a role in monitoring, interpreting, and criminalizing political activity.”

State officials claim the fusion center monitors protesters to prevent crime and violence, but SUNY Cortland sociology professor Brendan McQuade, who is writing a book on fusion centers, described the activities revealed in the records as part of a broader, alarming trend.

“What the police aren’t mentioning is that people will likely be living lives of terror and privation by the end of the century due to climate change, and it’s these battles right now that will decide whether that happens,” he noted. “Instead, they are casting even entirely nonviolent actions as threats to so-called critical infrastructure.”

One Line 3 opponent, Honor the Earth executive director Winona LaDuke, was reported to the fusion center because she was suspected of owning property that may be used to house protesters. “I don’t understand why I’m being looked at as a criminal when a corporation is proposing to destroy my water,” she said. “I am not a criminal, I am a water protector.” 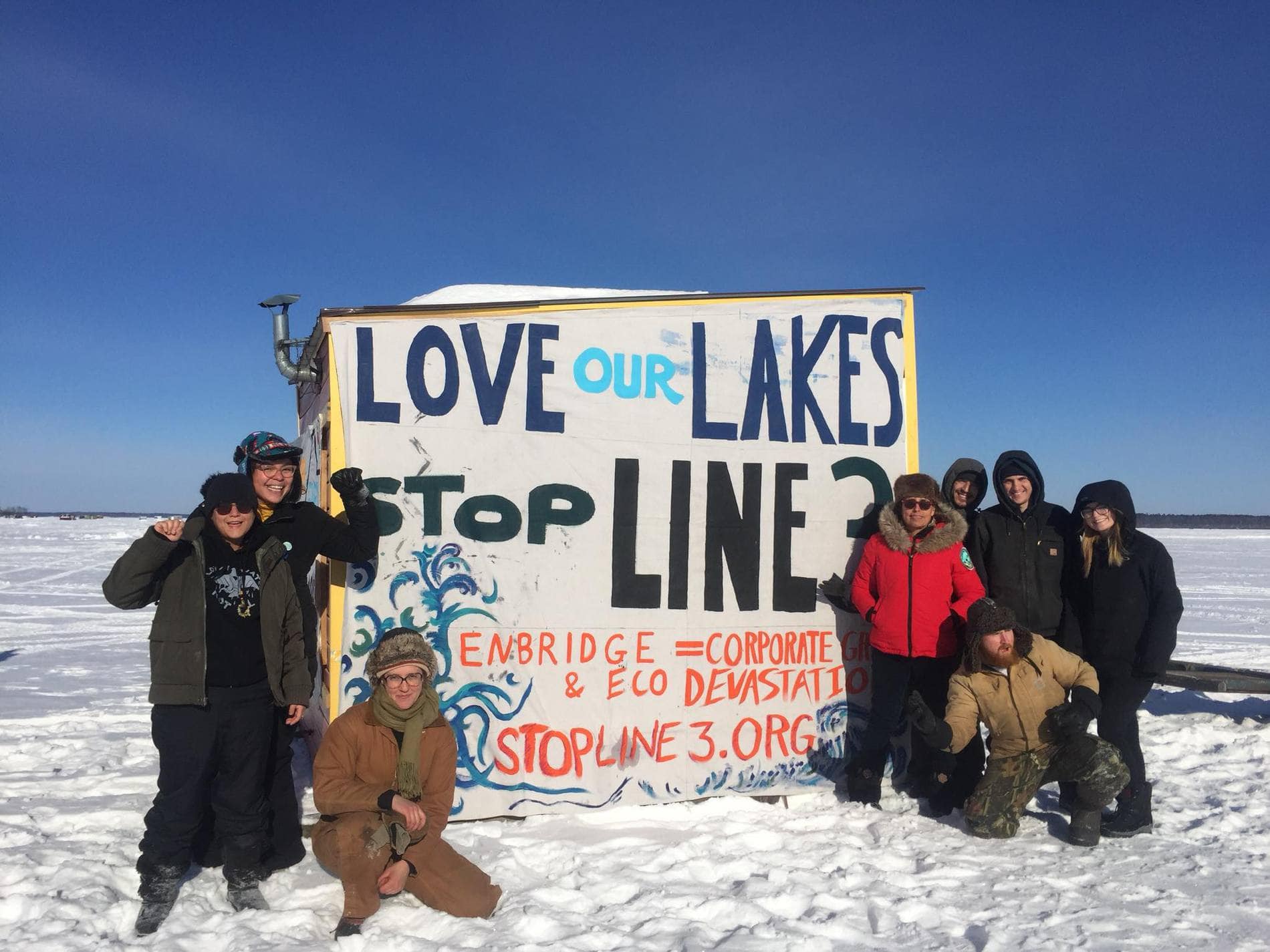 Concerned about massive anti-protests like those seen in North Dakota in 2016, Minnesota law enforcement is keeping tabs on opponents of the Line 3 tar sands project. (Photo: Honor the Earth/Facebook)

Attorney Tara Houska, a member of the Ojibwe from the Couchiching First Nation and the national campaigns director of Honor the Earth, is another key organizer against Line 3.

“It’s clear that Enbridge is doing everything they can to have a very highly skilled force of security and law enforcement at their fingertips to do what they can to stop any resistance to Line 3,” Houska, who also took part in the struggle at Standing Rock, told The Intercept. “And if anything, it seems like what they’re doing is much more coordinated than what we saw in North Dakota.”

Houska was among the Line 3 opponents who recently met with Sen. Bernie Sanders (I-Vt.) in Washington, D.C. to discuss the serious threats the project poses to treaty territories.

This article was originally published by Common Dreams. It has been re-published at IC under a Creative Commons License.