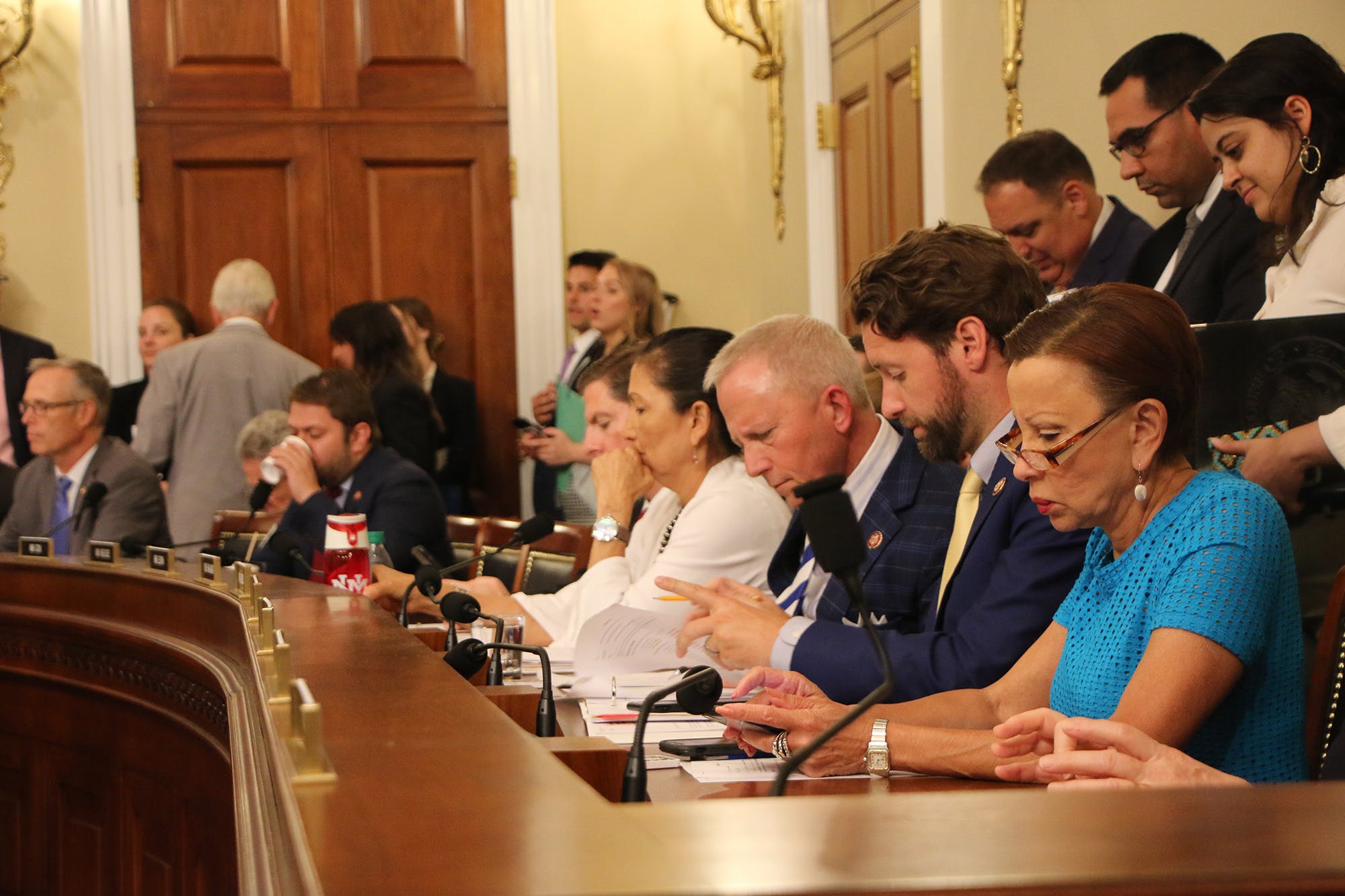 Democratic lawmakers beat back a series of Republican amendments Wednesday before advancing bills to restrict mining around the Grand Canyon and on tribal lands in Arizona and New Mexico.

In a sometimes emotional meeting, the House Natural Resources Committee gave preliminary approval to bills banning mining on 1 million acres around the Grand Canyon, taking uranium off the list of “critical minerals” and setting a 10-mile mining buffer around Chaco Canyon.

The approval came after three hours of attempted amendments by Republicans, who said the bills in their current form are doomed in the Senate.

Republicans said the mining bills will hurt the local economy while standing in the way of national and economic security for the U.S. as a whole.

But Rep. Deb Haaland, D-New Mexico, pointed to the cultural and sacred sites that would be protected by the bills, noting that tourism and outdoor recreation offer greater economic potential for the region than mining would. 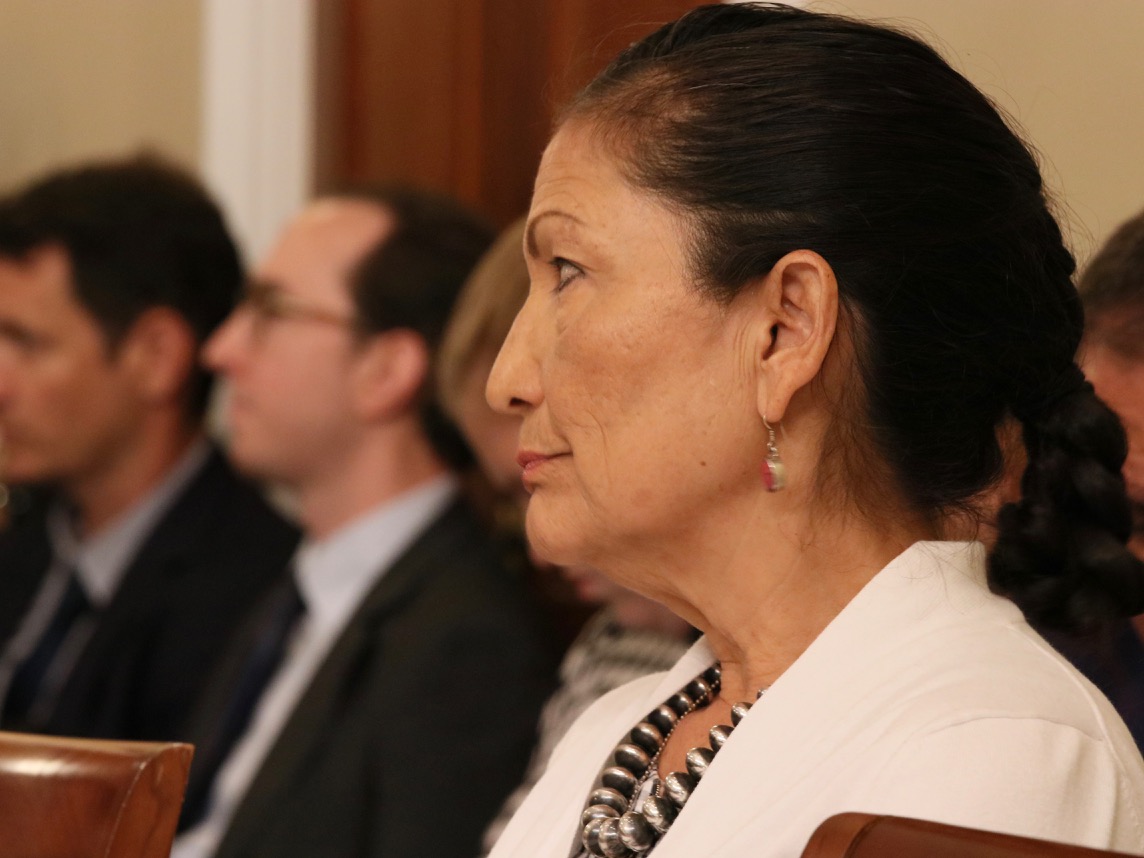 Rep. Deb Haaland (D-New Mexico) is a co-sponsor of H.R.2181, the Chaco Cultural Heritage Area Protection Act, a bill that bars energy development on public lands around Chaco Cultural Heritage Area in New Mexico. She is seen here at a markup of the House Committee on Natural Resources in Washington, D.C., on July 17, 2019. Photo courtesy House Committee on Natural Resources Democrats

“Grand Canyon National Park was responsible for $667 million in consumer spending around the park and supports over 7,000 local jobs,” she said during the hearing, adding that a Bureau of Land Management report found that mining would only support about 295 jobs in the region.

More importantly, Haaland said, the measures will protect the health of area residents after decades of mining on the Navajo Nation left a “toxic burden” that shows up in higher risks of cancer.

“We cannot allow people to suffer from these preventable impacts simply to do the bidding of the mining industry,” she said in a statement released Wednesday.

Gosar argued that the bill prohibiting mining on federal land around the Grand Canyon alone would mean the loss of up to 4,000 potential jobs and billions of dollars worth of economic activity and tax revenues for the region.

“It’s copper, it’s mining, it’s where you get true wealth to come from,” Gosar said.

The uranium bill would reverse a Trump administration plan that put it on a list of non-fuel minerals that are critical to the nation’s economy and defense, and could be threatened if imports from other countries were cut off.

President Donald Trump ordered the departments of Interior and Defense to develop the list in 2017, and the Commerce Department last month released a plan for ensuring a reliable supply of the 35 minerals on the list.

Gosar at one point offered an amendment to rename the bill the “Enhancing Soviet and Chinese Dominance Act,” arguing that not having a ready stockpile of uranium runs the risk of making America dependent on potential adversaries.

“Making ourselves completely reliant on other countries like Russia, China … is exactly why this bill should be changed directly,” Gosar said.

But Democrats argued that uranium has no place on the list of “non-fuel” minerals the president ordered up and that there are decades of uranium stockpiles available for military needs.

Rep. Tom O’Halleran, D-Arizona, said in a statement after the vote that uranium mining “throughout northern Arizona has impacted the health and wellbeing of families across the region, and communities are still grappling with the legacy of this activity decades later.”

“We cannot allow these precious lands to be turned over to mining operations that could irreparably harm the area,” said O’Halleran, a co-sponsor of the Grand Canyon mining bill.

Grijalva rejected GOP claims that not all tribes support the bills, which he said have wide support. He cited a poll that showed the majority of those surveyed support a mining ban around the Grand Canyon and believe that protecting public lands and waters is essential to the future economy and quality of life in Arizona.

“There is national support and there’s certainly support from tribal nations from across this country, and in Arizona itself, considerable and strong support,” Grijalva said.

This story is part of Elemental: Covering Sustainability, a multimedia collaboration between Cronkite News, Arizona PBS, KJZZ, KPCC, Rocky Mountain PBS and PBS SoCal. It has been re-published at IC under a Creative Commons License.