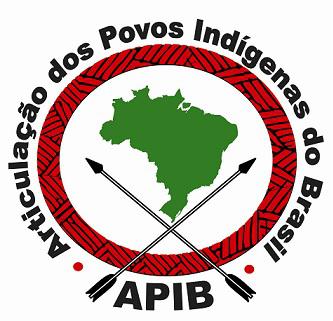 Declaration of the National Indigenous Mobilization

Please note: the following is an Unofficial Translation of a declaration from the National Indigenous Mobilization in Brazil. You can find the original declaration in Portuguese at mobilizacaonacionalindigena.wordpress.com

We, caciques and indigenous leaders from throughout Brazil, mobilized in Brasilia, with circa 1,500 participants from more than 100 distinct peoples, and simultaneously in several states of the Federation, from September 30 to October 5 of 2013, in alliance with other movements and populations (quilombolas, traditional and peasant communities), with the unrestricted support and solidarity of broad social sectors and organizations (NGOs, unions and popular movements, among others), publicly repudiate the attacks orchestrated by the government of President Dilma Rousseff and the ruralista (agribusiness) parliamentarians in the National Congress, with a significant caucus, against our originary and fundamental rights, especially the sacred rights to land, territories and natural goods guaranteed by the Federal Constitution of 1988.

The ruralista caucus, in the service of private interests, wants at any cost to suppress our rights, shredding the Citizen Constitution, by means of scores of legislative bills and amendments to the Constitution, especially PEC 215/00, PEC 237/13, PEC 038/99, PL 1610/96 and PLP 227/12 and many other noxious legislative initiatives drafted to legalize the exploitation and destruction, under the guise of progress, of our territories and of mother nature, to the detriment of the physical and cultural integrity of the current and future generations of our peoples and cultures.

The ruralistas and their accomplices want to do the same as they did in 2012, when they approved a new Forest Code suited to their interests and those of the agribusiness multinationals that sponsor them.

The government of President Dilma is complicit in this offensive that seeks to change the Federal Constitution. For this reason has promoted the deconstruction of environmental and indigenous law that protects our rights, ceding to pressures from the ruralistas, through bargaining and compromises agreed to primarily by ministers José Eduardo Cardozo, of Justice; Luís Inácio Adams, the AGU (Attorney General), and Gleise Hoffmann, Chief of Staff to the President, articulated with the president of the National Confederation of Agriculture, Senator Kátia Abreu. If it were not so, the Dilma government would have already mobilized its allied base to prevent the attacks that we suffer in the National Congress and assured a positive agenda, which permits the approval of the Statute of the Indigenous Peoples and of the bill that creates the National Council of Indigenist Policy (CNPI-Conselho Nacional de Política Indigenista).

This neglectful and complicit conduct, of pacts and submission to the interests of capital, materialized in the publication of measures that exacerbate the deconstruction of our rights, such as the Portarias (ministerial orders) Interministerial Portaria 419/2011, Portaria 303/2012 of the AGU, Portaria 2498 and Decree 7957/2013, at the same time that it promotes the destruction of our territories by expansion of agribusiness, hydroelectric dams and many other large-scale enterprises of the PAC (Program for Acceleration of Growth). To make matters worse, the Dilma government paralyzed, like its predecessor, the demarcation of indigenous lands, the creation of units of conservation, the titles for quilombola lands and implementation of land reform. This entire offensive is intended to render unviable and prevent the recognition and demarcation of indigenous lands that continue to be usurped, in the possession of non-indians; to reopen and review the demarcation proceedings of indigenous lands that have already been finalized; to invade, exploit and commercialize the demarcated lands, which are in the possession of and being preserved by our peoples. These objectives that increase the exacerbation of conflicts, the criminalization of our communities and leaders, in short, the juridical and social insecurity that perpetuates the genocide inaugurated by the colonizers against our people 513 years ago.

We thus verify, on the part of the State, flagrant disrespects to the Federal Constitution and to the international treaties signed by Brazil, such as Convention 169 of the International Labor Organization (ILO) and the United Nations Declaration on the Rights of Indigenous Peoples, without considering the millennial contribution of our peoples and the strategic importance of our territories to the Living Well of humanity and of the planet Earth.

Given this reality, unanimously, with one voice, we declare and demand of the Brazilian State, including the Judiciary, that our rights be respected, that it valorize the diversity and plurality of Brazilian society. We reaffirm that we are going to resist, including risking our lives against any threats, measures and plans that violate our rights and seek to extinguish us, by means of invasion, destruction and occupation of our territories and natural goods for neodevelopmentalist purposes and the interests of a few.

We declare that if the ruralistas succeed in changing the Constitution or if the Executive branch modifies the procedures for the demarcation of our lands and continues with the paralysis in the demarcation of our territories, for us, these measures will be null, because we will continue resisting and guiding our lives only by the prayer of the magna Carta of 1988 and international treaties signed by Brazil as regards our rights.

We are mobilized and willing to self-demarcate, to protect and care for the desintrusion of our territories, whatever the cost, in memory of our ancestors, our forefathers and leaders of our peoples who 25 years ago fought so fiercely, together with other segments of the Brazilian population, against the military dictatorship, for a truly pluralistic, fair and democratic society, and a Citizen Constitution that guarantees, finally, the recognition and guarantee of our originary, collective and fundamental rights.

As such, we require the end of all of these attacks on our rights, unrestricted respect for the Federal Constitution:

2. The passing of PL 3571/2008 for creation of the National Council of Indigenist Policy (CNPI), of the Statute of Indigenous Peoples and of the PEC 320/2013 which proposes the creation of four positions for indigenous federal congressional representatives;

3. The urgent revocation of all portarias and decrees issued by the Dilma government and that affront our rights, principally the ministerial orders Portaria 419/2011, Portaria 303/2012, Portaria 2498 and Decree 7957/2013;

4. The immediate resumption of the demarcation of all the indigenous lands, assuring their protection, extrusion and sustainability;

5. Strengthening of the National Indian Foundation (FUNAI), so that it properly fulfill its responsibility to attend to indigenous rights, principally regarding the demarcation of all the indigenous lands, as determined by the Federal Constitution of 1988;

6. Respect, at last, for the multiethnic and multicultural character of Brazil recognized by the Federal Constitution, assuring for our peoples real and effective public policies, structural and permanent, specific and differentiated, in the areas of education, health and all areas of our interest;

7. Prioritization by the Judiciary, above all in the Supreme Court, of the judgment of cases of interest to our peoples and communities, with special attention to Petition 3388;

Finally, we reiterate our determination to remain united and in alliance with other social movements and organizations that like us strive for the construction of a truly democratic, just and plural society.