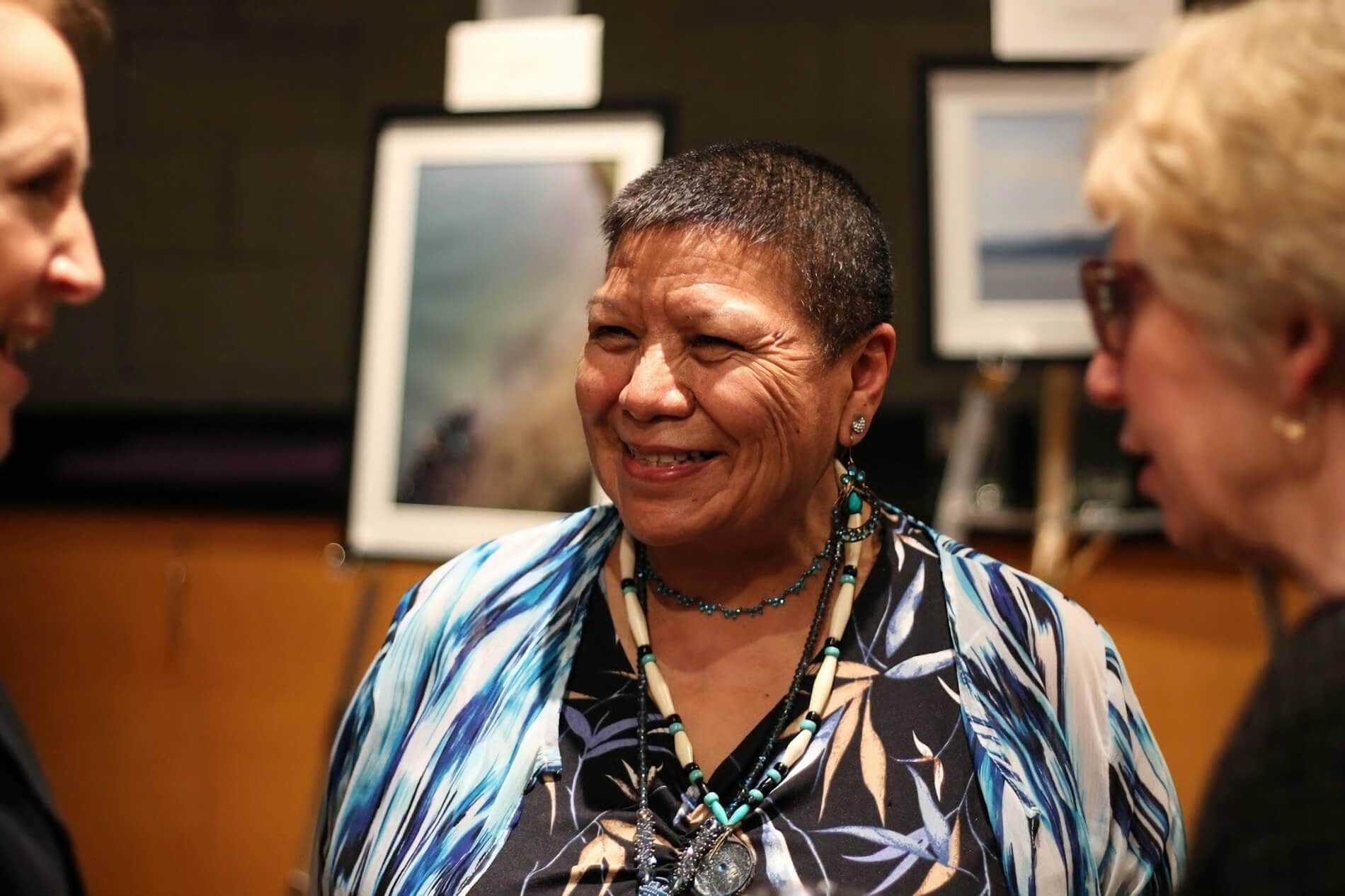 The health of Indigenous women recovering from the trauma of partner violence improves when the healing process integrates elder-led circles and other cultural elements, finds new research from the University of British Columbia and Western University.

The study tested the efficacy of a unique program, called Reclaiming our Spirits, that focused on nurses working with women individually over the course of six to eight months, and weekly circles or group activities led by an elder. The latter activities included sharing personal stories and aspects of Indigenous culture through ceremonies, cultural teachings and traditional crafts.

The approach was developed in collaboration with Indigenous elders and advisers.

“At the end of the program, the women reported significantly fewer symptoms of trauma and depression and a better quality of life compared with how they felt in the beginning,” said lead researcher Colleen Varcoe, a professor of nursing at UBC. “Participants also experienced a greater sense of self-empowerment and felt more supported by their family and community.”

Participants included 152 Indigenous women from different nations and language groups who were living in Vancouver and Surrey, B.C. Most had survived childhood abuse in a residential school, in addition to partner violence; all were living on incomes much lower than the Canadian average and faced racism and other forms of discrimination on a regular basis.

The study highlights the importance of a holistic approach towards healing for Indigenous survivors of intimate partner violence, said study co-author Roberta Price, an elder from the Coast Salish Snuneymuxw and Cowichan Nations.

“For these women, treatments can be much more effective if they integrate Indigenous ways of knowing and being, such as sharing culture through storytelling, teachings and ceremonies,” said Price.

The program, which is based on iHEAL, a health promotion program developed by the researchers a few years ago, is currently being tested in three provinces to see if it is effective for women in all settings, including for Indigenous women.

“Indigenous women in Canada experience high rates of violence, including from their partners, and yet there are few evidence-based interventions designed specifically for them,” said Varcoe. “Our hope is that with iHEAL, we can contribute to turning the situation around.”

“The Efficacy of a Health Promotion Intervention for Indigenous Women: Reclaiming Our Spirits” was published this month in the Journal of Interpersonal Violence. Contact lou.bosshart@ubc.ca to obtain a copy or to speak with the researchers.