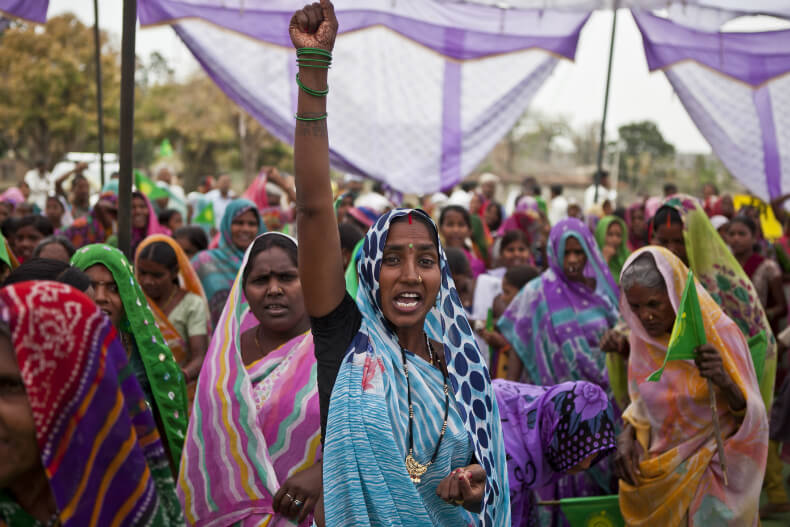 How community land rights can save our forests and climate

Local villagers celebrate the Government’s decision to stop Mahan coal block from mining. Saving the forests and livelihoods of thousands was celebrated by people from 20 different villages at a rally in Amelia village, in the Mahan forest block, Singrauli region, Madhya Pradesh. Photo: © Greenpeace / Sudhanshu Malhotra
Support our journalism. Become a Patron!

Almost exactly two years ago, the local communities of Mahan forest, in the Indian state of Madhya Pradesh, had plenty of reason to celebrate. On the eve of the International Day of Forests 2015, they received news that their ancestral lands would not be auctioned off for coal mining. This was the result of a long and intense struggle to secure their communal rights over the forest that provide livelihoods to thousands of people living there.

The villagers of Mahan may have won a hard-fought victory against the companies and the authorities seeking to make some quick cash, but as long as their community rights and their role as stewards of the forest are not fully recognised, the coal under their feet will remain a source of attraction and tension. 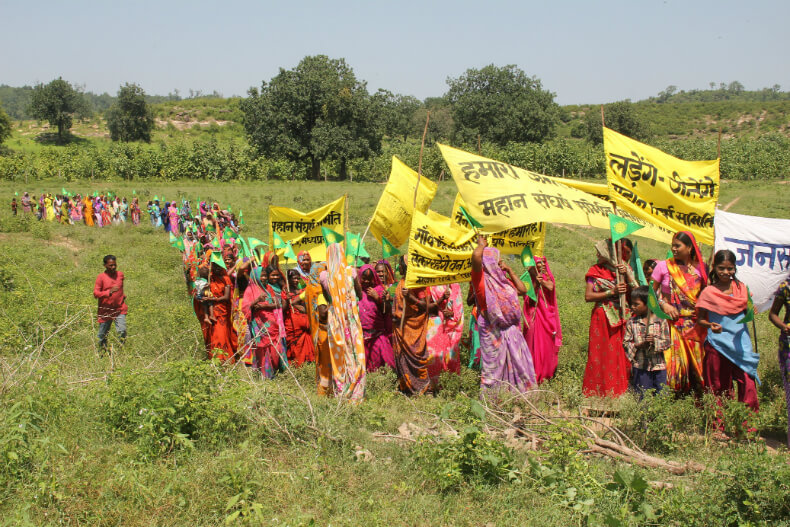 Women from the Mahan forest region walk through the village towards a local shrine in celebration of the Supreme Court of India’s decision to cancel the licenses of 214 coal blocks, including those of Essar and Hindalco’s Mahan. Greenpeace India and Mahan Sangharsh Samiti have been engaged in a long running campaign over proposed open cast coal mining in the area. Photo: © Anand Singh / Greenpeace

And they are not alone in their fight. From the First Nations in Canada resisting pipelines for tar sands on their ancestral lands, to the Khanty reindeer herders of Western Siberia trying to protect their lands from oil exploration, hundreds of communities worldwide see their land rights threatened by resource extraction companies. In fact, an estimated 30 percent of oil and gas production by U.S. companies alone is being sourced on or near indigenous lands.

For decades, we have witnessed the widespread consequences of the relentless pursuit of coal, oil and gas on communal lands.

However, the assault on communal lands is not only a tragedy for the affected communities, but for all of us. Research by Rights and Resource Initiative and World Resources Institute has shown that where Indigenous peoples and local communities have secure legal rights to their lands, carbon storage is higher and deforestation rates are lower, thereby contributing to mitigating global warming. 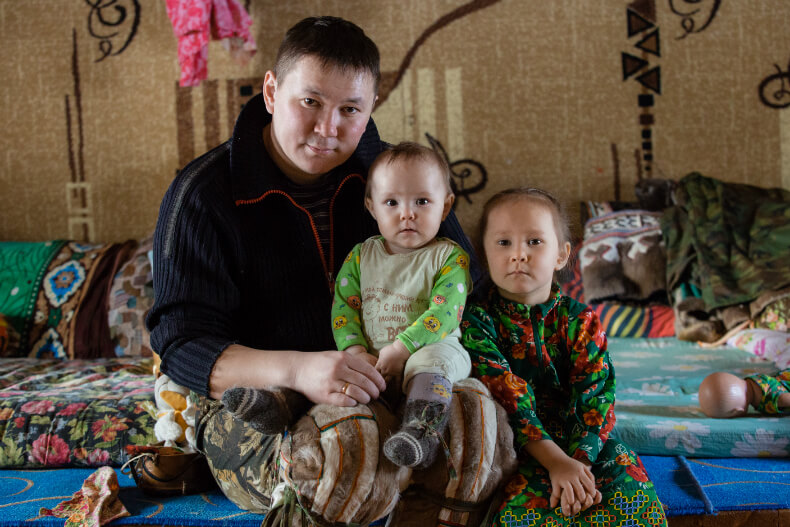 Reindeer herder Stepan Sopochin and his children — Stepan Sopochin is a son of Iosif Sopochin, the head of Sopochin family. The Sopochins are a large family of Khanty people. They preserve the traditional way of life and distinctive culture in the modern world. These lands are the second largest territory of traditional nature management in the Khanty-Mansiysk Autonomous Okrug. Photo: © Alexey Andronov / Greenpeace

Yet globally, communities only hold legal ownership rights to 20 percent of their customary lands, leaving the door open for states and private companies to reach in, evict villages and cut down the trees in order to reach the fossil treasures beneath. In their wake, once pristine and valuable forests and rivers are turned into barren wastelands.

So while many states and corporations continue to regard our forests and lakes as endless storage rooms for commercial exploitation, Indigenous and local communities respond by standing up for their rights and protecting their environment. They show us an alternative vision of the world — a system which respects our symbiotic relationship with nature and is based on sustainable use and collective management of resources for the benefit of all. 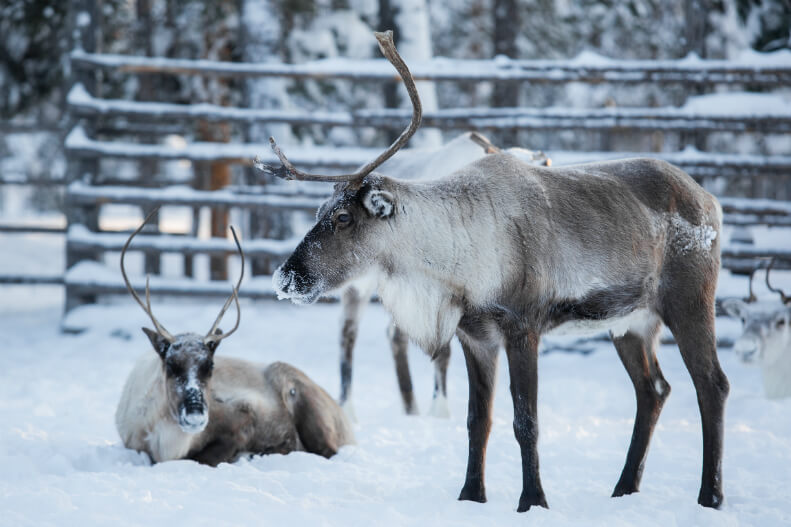 Reindeer of the Sopochin Family — The Sopochins family has more than 200 deer. Each of them is important, because usually a female deer gives birth to only one deer per year. Female deer always go to the same safe place for giving birth. But the oil industry is building the road in that place. Photo: © Alexey Andronov / Greenpeace

On International Day of Forests, and this entire month, local and Indigenous communities around the world, supported by thousands of citizens, are taking peaceful action under the umbrella of the Break Free movement, to protect their lands and forests, demand recognition of their rights and keep coal, oil and gas in the ground.

By recognising communities’ rights over their ancestral lands, we can and should contribute towards achieving all of these. Because not only the climate, but our very environment and the livelihoods of hundreds of millions of people are at stake.

Fionuala Cregan is the coordinator of Land Rights Now, an international campaign to secure land rights of Indigenous People and local communities worldwide. On Earth Day 22 April 2017 participants of Land Rights Now will be mobilising across more than twenty countries to show that secure land rights are central to fighting climate change and protecting the earth.  Learn More: here