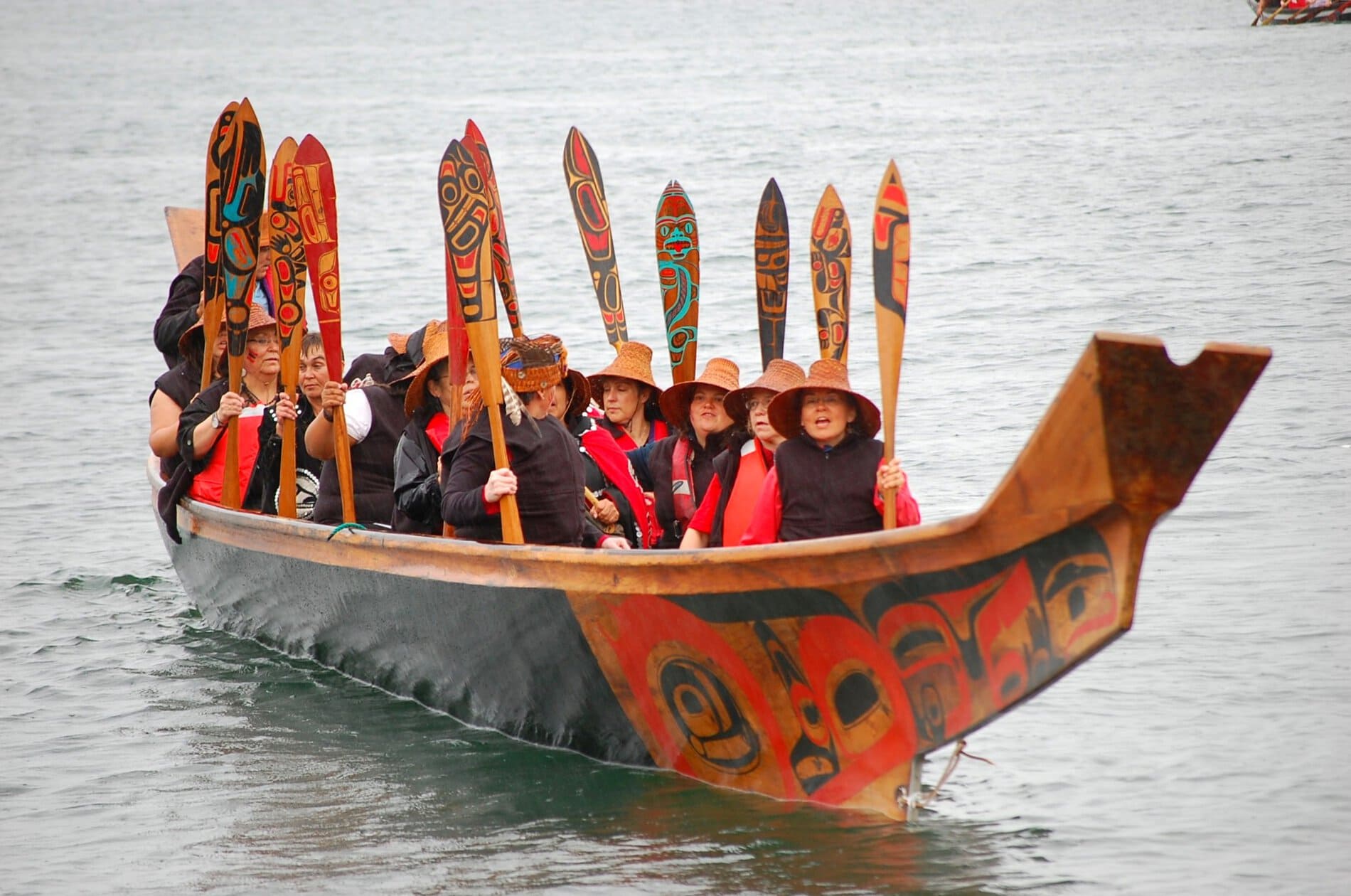 Over the past decade, First Nations have created a robust conservation economy in Canada’s Great Bear Rainforest, one of the largest old-growth temperate rainforests left in the world, through investments in sustainable development and environmental stewardship projects that link the health of nature to the wellbeing of indigenous communities, according to a new report.

The report was issued last week by Coast Funds, an Indigenous-led conservation finance organization created in the wake of historic land-use agreements signed by First Nations and the Canadian province of British Columbia in 2006. The Great Bear Rainforest Agreements, as they are called, were the culmination of a struggle that began in the 1990s, pitting First Nations and their environmentalist allies against the forestry industry and the local government. The future of the Great Bear Rainforest was so fiercely contested the conflict became known as “The War in the Woods.”

The Great Bear Rainforest Agreements established ecosystem-wide management of the temperate rainforests that stretch across 6.4 million hectares of the remote British Columbia coastline and Haida Gwaii, also known as the Queen Charlotte Islands, an archipelago off British Columbia’s west coast. The agreements were formally codified into law in 2016, making more than 85 percent of the Great Bear Rainforest permanently off-limits to industrial logging and giving First Nations decision-making powers within their traditional territories.

Coast Funds was established in 2007 to manage the $120 million raised to protect the Great Bear Rainforest in perpetuity and develop a sustainable local economy — the federal Canadian government and the provincial government of British Columbia each committed $30 million, and that $60 million was matched by philanthropic donors.

The nearly $82 million in funding Coast Funds approved for 353 projects between 2008 and 2018 attracted more than $286 million in additional investment in the region, the organization reports. First Nations’ sustainable development projects in the Great Bear Rainforest and Haida Gwaii have had substantial local economic impacts, leading to the creation of more than 1,000 permanent jobs and the founding or growth of 100 businesses, per the report. About $41 million has gone to local salaries during that timeframe and $87 million has been spent on infrastructure.

Stewardship projects include more than 200 initiatives to study wildlife and restore degraded habitat, 71 programs aimed at ensuring access to traditional foods, and 50 projects for preserving indigenous culture. Some 14 regional monitoring and “Guardian Watchmen” programs now operate across an average area of 2.3 million hectares every year to protect important cultural and ecological resources, and management plans have been developed for 26 protected areas. 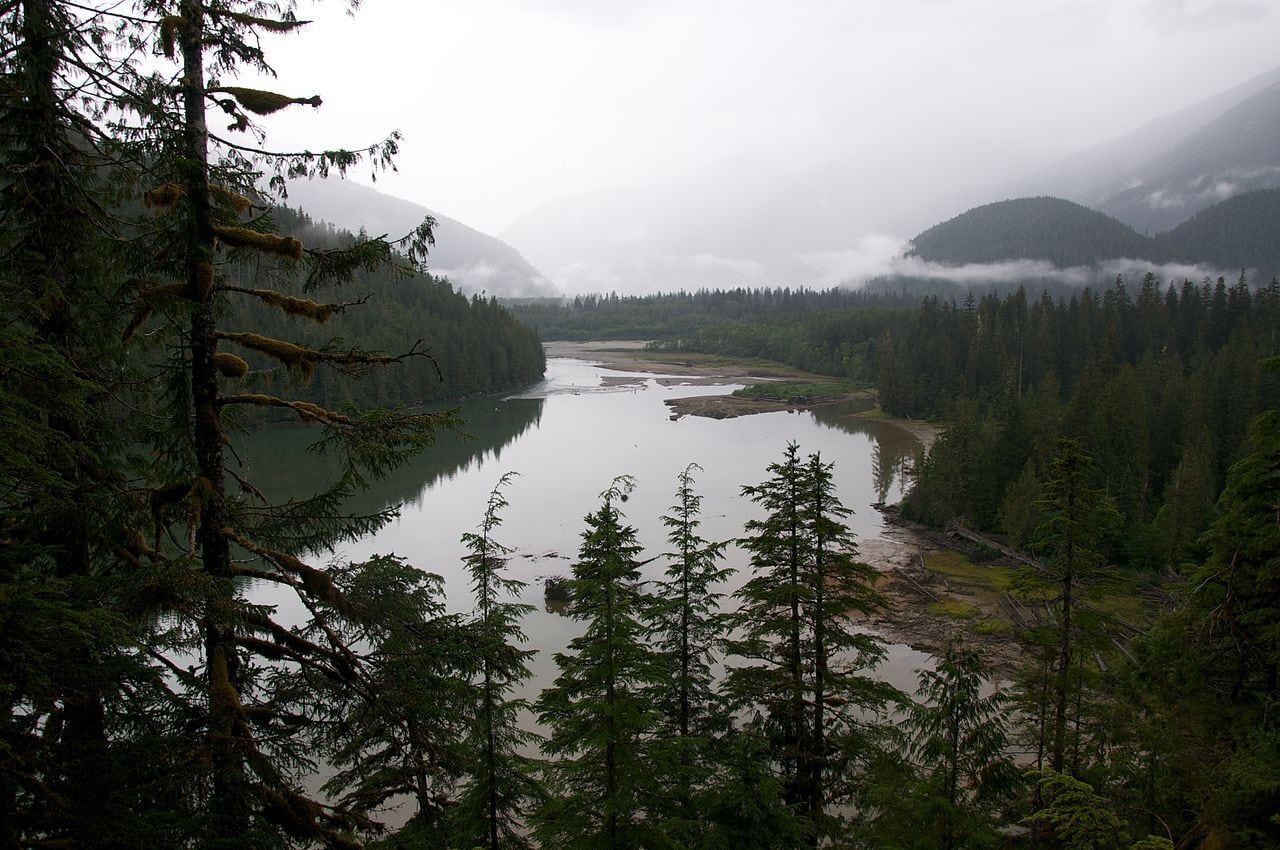 “First Nations investments in stewardship and sustainable development are having major impacts in communities across the coast,” Coast Funds’ board chair, Huux Percy Crosby of the Haida Nation, said in a statement. “They are creating a new conservation economy that protects this globally significant ecosystem for generations to come — a benefit that stretches far beyond the region.”

Crosby added that First Nations in the Great Bear Rainforest and Haida Gwaii have essentially provided “a road-map for how we can sustain the most ecologically significant places on the planet while enhancing the well-being of the people who have lived in those places for thousands of years.” He argued that “This model can and must be replicated across the globe.”

First Nations in the Great Bear Rainforest and Haida Gwaii have sought to ensure the resilience of their local economies by investing in a diverse array of economic sectors, from forestry and energy to manufacturing and real estate. Ecotourism, in particular, has become an important and growing part of many First Nations’ economies. For example, Spirit Bear Lodge is now the second-largest employer in the Kitasoo/Xai’xais community of Klemtu (Klemdulxk), and it is providing employment opportunities for youth and women, who are often under-represented in other sectors.

“There’s a lot of transferable skills in ecotourism,” Douglas Neasloss, Chief Councillor of the Kitasoo/Xai’xais Nation, said in a statement. “It’s not just about viewing bears. You learn communication skills, you learn how to work with wildlife, there’s the science work that we do. It’s a lot broader and this means a lot for the community. We went from a community largely dependent on resource extractive jobs to a community whose economy was largely based on conservation and non-extractive activities.”

Of course, Coast Funds was also created to provide resources for stewardship programs like the Guardian Watchmen, which “has proven to be a hugely successful model for financing First Nations stewardship,” the report states. Guardian Watchmen patrol the lands and waters of their territories in order to protect and monitor their Nations’ resources and cultural assets. The Gitga’at Watchmen of the Gitga’at First Nation, for instance, are collecting audio data in order to establish an acoustic baseline for their territory, which they can use going forward to measure overall ecosystem health and track the impacts of industrial activity on their land.

“We aren’t just talking about traditional stewardship, we are living it, strengthening our ability to govern and watch over the territory, and ensuring that our vision for it is alive and well,” La’goot Spencer Greening, a Gitga’at researcher, said in the report.

“First Nations are building on a long tradition of stewarding their territories for the benefit of current and future generations,” Brodie Guy, executive director of Coast Funds, said in a statement. “The benefits are substantial, and together we are demonstrating that conservation finance led by Indigenous people is the key to protecting the world’s most precious ecosystems, such as the Great Bear Rainforest and Haida Gwaii.”