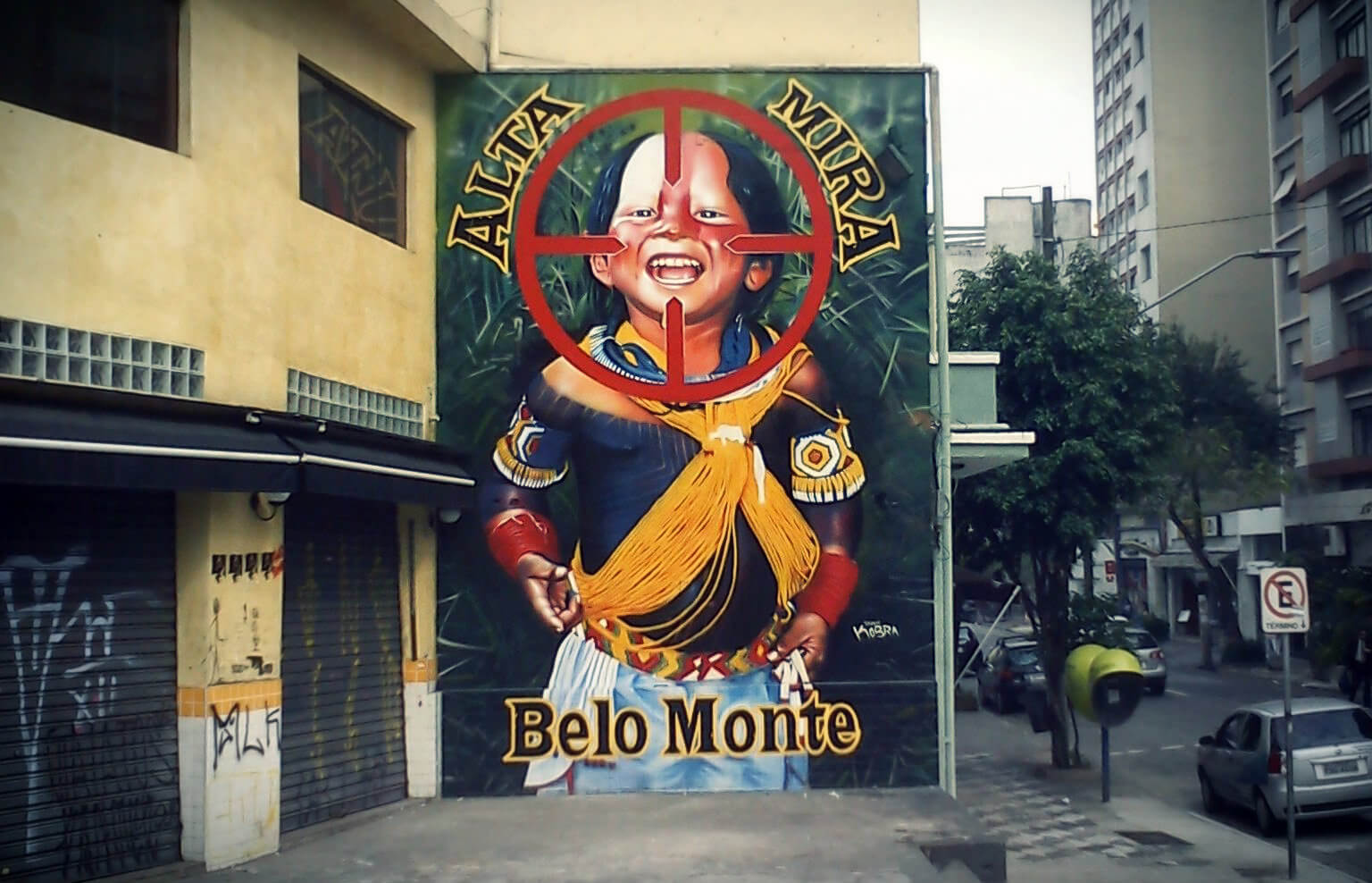 Altamira, Brazil. The Brazilian Institute of Environment and Renewable Natural Resources (IBAMA) on Tuesday authorized the Belo Monte Dam’s operating license, which allows the dam’s reservoirs to be filled. The authorization was granted despite clear noncompliance with conditions necessary to guarantee the life, health and integrity of affected communities; the same conditions that IBAMA called essential in its technical report of September 22. IBAMA’s decision makes no reference to conditions needed to protect affected indigenous peoples.

“We can’t believe it,” said Antonia Melo, leader of Movimiento Xingú Vivo para Siempre, who was displaced by the dam’s construction. “This is a crime. Granting the license for this monster was an irresponsible decision on the part of the government and IBAMA. The president of IBAMA was in Altamira on November 5 and received a large variety of complaints. Everyone – riverside residents, indigenous representatives, fishermen, and members of the movement – talked about the negative impacts we’re living with. And now they grant the license with more conditions, which will only continue to be violated.”

In an official letter to IBAMA on November 12, the president of the National Indian Foundation (FUNAI) concluded that conditions necessary for the protection of affected indigenous communities had clearly not been met. However, he gave free reign for the environmental authority to grant the operating license “if deemed appropriate.”

“The authorization clearly violates Brazil’s international human rights commitments, especially with respect to the indigenous communities of the Xingú River basin. Those affected populations are protected by precautionary measures granted in 2011 by the Inter-American Commission on Human Rights, which the Brazilian government continues to ignore,” said María José Veramendi, attorney with the Interamerican Association for Environmental Defense (AIDA).

The license allows for the filling of two of the dam’s reservoirs on the Xingú River, an Amazon tributary. It is valid for six years and is subject to compliance with certain conditions; progress will be monitored through semiannual reports. Such conditions should have been met before the dam’s license was even considered, let alone granted.

“Environmental licensing is a way to mitigate the effects, control damage and minimize the risks that the dam’s operation entails for the community and the environment. By disrespecting and making flexible the licensing procedures, the government is allowing economic interests to prevail and ignoring its duty to protect the public interest,” said Raphaela Lopes, attorney with Justiça Global.

AIDA, Justiça Global, and the Para Society of Defense of Human Rights have argued on both national and international levels that the conditions needed for Belo Monte to obtain permission to operate have not been met. The project must still guarantee affected and displaced populations access to essential services such as clean water, sanitation, health services and other basic human rights.

“The authorization of Belo Monte, a project involved in widespread corruption scandals, contradicts President Rousseff’s recent statement before the United Nations, in which she declared that Brazil would not tolerate corruption, and would instead aspire to be a country where leaders behave in strict accordance with their duties. We hope that the Brazilian government comes to its senses, and begins to align its actions with its words,” said Astrid Puentes Riaño, co-director of AIDA.

The green light for Belo Monte couldn’t have come at a worse moment. On November 5th, two dams impounding mine waste—owned by Samarco, a company jointly overseen by Vale and BHP Billiton—broke in the city of Mariana, Minas Gerais, causing one of the greatest environmental disasters in the country’s history. A slow-moving flood of mud and toxic chemicals wiped out a village, left 11 dead and 12 missing, and affected the water supply of the entire region, destroying flora and fauna for hundreds of miles around. The toxic flood has since reached the sea. The company’s operating licenses had expired two years ago.

Approval of Belo Monte’s operating license comes just six days before the start of the Paris climate talks, the most important meeting of the United Nations Framework Convention on Climate Change in recent history. Once in operation, Belo Monte will emit greenhouse gases including carbon dioxide and methane; as the world’s third-largest dam, it will become a significant contributor to climate change.

By authorizing Belo Monte, the government of Brazil is sending a terrible message to the world. Ignoring its international commitments to protect human rights and mitigate the effects of climate change, the government is instead providing an example of how energy should not be produced in the 21st Century.