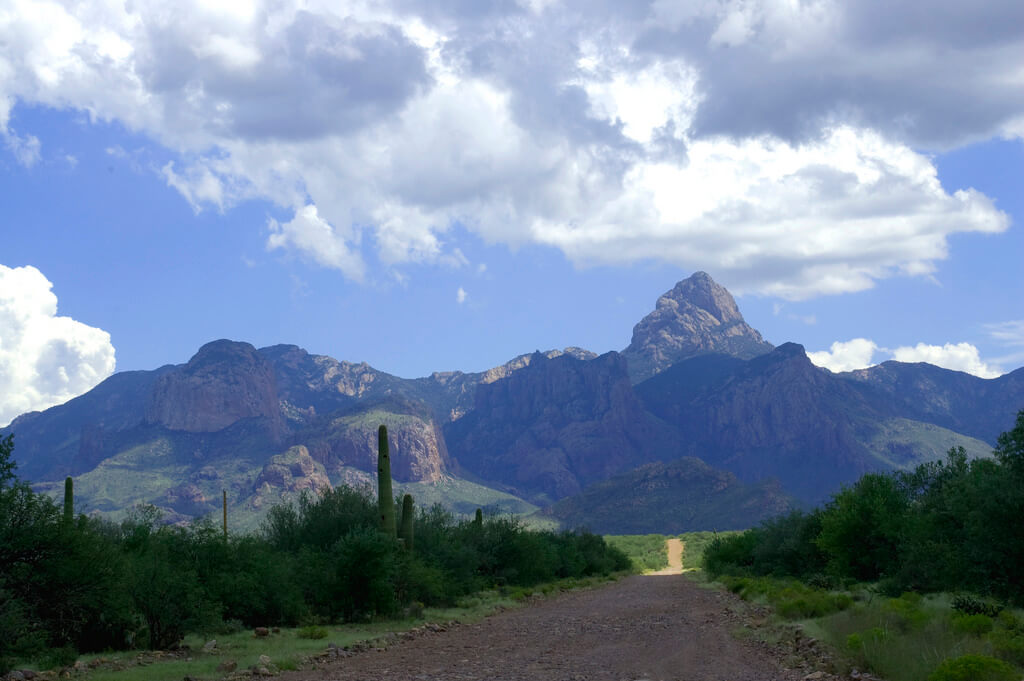 The Arizona Tribe That Knows How to Stop a Trump Wall

The Tohono O’odham reservation is one of the largest in the nation, and occupies area that includes 76 miles of the U.S.-Mexico border. However, the tribe’s traditional lands extend deep into Mexico, and tribal members live on both sides of the border: With tribal identification, they cross regularly to visit family, receive medical services, and participate in ceremonial or religious services.

The prospect of slicing their homelands in two? Not welcome.

“Over my dead body will a wall be built,” says Verlon Jose, vice chairperson of the Tohono O’odham Nation. “If he decides to build a wall, he’s going to need to come talk to us, unless he wants to see another Standing Rock.”

In other words, to build the wall, Mr. Trump will have to fight for every single mile of Tohono O’odham land—legally, and possibly even physically.

And they’re not the only tribal nation that would be impacted by the wall.

Robert Holden, deputy director of the National Congress of American Indians, points to the Ysleta Del Sur in Texas and tribes in California, such as the Kumeyaay, who have relatives in Mexico. “There’s significant tribal sovereignty at stake here,” Holden says.

Currently, a vehicle barrier on Tohono O’odham land separates Mexico from the United States. It’s stopped cars and trucks from crashing across the border but hasn’t significantly curbed illegal activities in the area.

The nation sits inside what the Department of Homeland Security calls the Tucson Sector—262 miles of border stretching from New Mexico almost entirely across Arizona, and one of the busiest areas for illegal border activity in the U.S. In 2015, more than 60,000 pounds of marijuana, cocaine, methamphetamine, and heroin were seized by Tucson Border Patrol. According to officials, that same year, Border Patrol handled more than 2,100 drug cases, and some 680 smuggling cases were prosecuted out of the Tucson Sector.

But despite the statistics, the Tohono O’odham have resisted more intrusive physical barriers within their territory.

“The people of the Tohono O’odham Nation have always been against a wall,” says Jose. In the 1990s, he adds, federal agencies discussed a wall or some other additional security barrier, but the tribe resisted, and the plan was dropped.

In order to deal with criminal activities in the area, the nation has opted to work with the Department of Homeland Security, U.S. Immigration and Customs Enforcement, as well as Border Patrol. For instance, the Shadow Wolves—a Tohono O’odham tactical patrol unit—have worked with DHS since the early 2000s and are responsible for seizing thousands of pounds of illegal drugs and for hundreds of arrests on the reservation. And tribal law enforcement has worked closely with federal authorities as well as tribal communities to maintain a semblance of safety and order.

This doesn’t mean things are peachy down on the Tohono O’odham reservation, though: Tribal members say they are routinely harassed by Border Patrol; cultural and religious items are frequently confiscated; and detentions and deportations of tribal citizens are not uncommon. In 2014, two tribal members were hospitalized after being shot by a Border Patrol agent. The situation has often been compared to a Berlin Wall-like scenario, but the tribe has fought for and maintained the ability to enjoy its traditional homelands—at least more than if a wall were running through the middle of it.

“Let me come into your home and build a wall directly in the middle of your house and tell me what impacts that would have on you?” says Jose. “This land is our grocery store; this land is our medical facility, where we get our medicinal remedies from; this land is our college and university. Our sacred sites are in Mexico; our ceremonies are in what is now Mexico. The border is an imaginary line to us.”

Border Patrol officials declined to comment on the proposed wall or how the agency has worked with the Tohono O’odham in the past.

“Beyond the practical difficulties of building and maintaining such a wall, it really would undermine a lot of cooperative agreements that law enforcement rely on to police that border,” says Melissa Tatum, a law professor at the University of Arizona. “If they’re not cooperating with the Tohono O’odham that help to secure the border, it creates incentives to have more resistance.”

In the short term, when it comes to securing the border, there are no easy answers or solutions. But when it comes to working with tribal nations on the issue, in the eyes of the Tohono O’odham, Trump’s proposed wall represents either gross ignorance or blatant disregard for tribal sovereignty. And if construction begins, it could signal the winding back of clocks on U.S.-tribal relations on the border.

“I can’t even imagine how far it would set us back,” says Tatum. “More than a hundred years.”

Tristan Ahtone wrote this article for YES! Magazine. Tristan is a journalist and member of the Kiowa tribe of Oklahoma. His work has appeared on and in PBS NewsHour, National Native News, Frontline, Wyoming Public Radio, Vice, Fronteras Desk, NPR, and Al Jazeera America.

This article has been re-published at IC Magazine under a Creative Commons License.