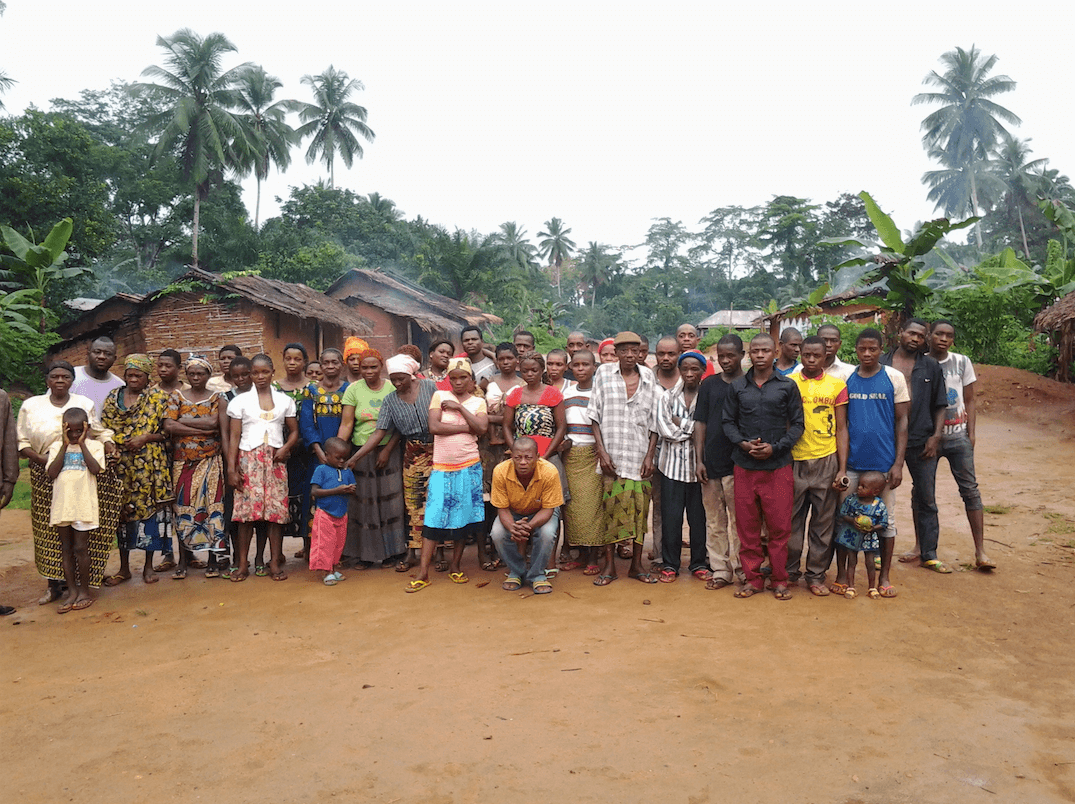 The Herakles Farms palm oil project has been involved in the unlawful taking of land from local communities. The project is also destroying forested areas, illegally laundering timber, and threatens Korup National Park, a high conservation area. Korup Park is home to chimpanzees, forest elephants, gorillas, and other endangered wildlife. Local communities are fighting for survival and for their land and forests.

On November 25, 2013, the President of Cameroon signed a series of decrees granting a three year provisional land lease of 19, 840 hectares to Herakles Farms for a controversial palm oil project. The initial project consisted of 73,000 hectares in the midst of four protected areas including the iconic Korup National Park.

Prior to the presidential decrees, Herakles falsely claimed to have secured and all of the necessary permits from the Cameroon government for 73,000 hectares of land. The false claims were exposed when the President rejected the initial 73,000 hectares and reduced the project to 19,843 hectares. This vindicated our arguments that they had no valid land lease.

The signing of the decrees has brought social discord among villages named in the decrees and those that were not named but whose land overlapped the new Herakles’ concession. This project has generated tensions in an area where communities have lived in harmony for centuries.

Tension has also been reported between villages named in the decrees and Herakles because Herakles wants to expand beyond the boundary stipulated in the decrees, leading to physical confrontation with villagers defending their land. For example people of Esoki village in the Mundemba area physically confronted workers of Herakles who were demarcating their forest for timber extraction purposes. This led Herakles to abandoned operations in the Mundemba and Toko concessions in April 2015.

Land and forest of villages not named in the decrees are attributed are to villages named in the decrees. These villages view it as an act of thievery perpetrated by Herakles to take their land without consent. Local villages are on the verge of confrontation over disputed land. This is the case with villages such as Babessi II and baduman, Meangwe II and Fabe and Meangwe II and Ndiba villages and Loe Batanga and Lipenja I villages with Loe accusing Lipenja I village for having given Loe land out to Herakles known as Lipenja I concession.

The provisional lease expires on November 25, 2016, with a possibility of renewal for a longer lease for 99 years. For prolongation to be effective,the company was asked to invest money in the new concession areas. It has failed to do so to date. The decrees also required them to pay a certain amount of money as land taxes to the departmental treasuries of Ndian and Kupe-Muaneguba Divisions before commencing their operation.No money has not been deposited in the treasuries even though the company continues tearing down forest to extract and export timber in violation of the presidential decrees and Cameroon forestry law.

This is in an area Herakles falsely claims to be a secondary and degraded forest. Three years on, the company has been engaged in the illegal laundering of timber without any trace of infrastructural development. There is insignificant expansion of their plantation as they now have approximately 400-500 hectares of cultivated plantation in Nguti (Talangaye) area as the company has since the presidential decrees concentrated in timber extraction.

Notwithstanding, the administration continues to support Herakles excesses, abuses, and violations of the controversial presidential decrees and forestry law. There is endemic corruption in the administration of this project. The government’s intention to favour the company at the expense of the local communities is exemplified by a recent visit of some directors of ministries from Yaounde to the Herakles concession areas to evaluate the level of execution of the lease.

The report of the delegation that was aired over national television falsely indicated the company was making substantial progress on the ground. The assessment was tailored to give the impression that the communities which had rejected project now support it. The report purportedly showed villagers expressing the desire for Herakles to return. However, at the time of the visit the delegation never met with the villagers or go into the villages. This was a fabricated and misleading report.

At the community level, the people are happy that Herakles has departed from the Mundemba and Toko areas of the concession. However, they are deeply worried the false information propagated by ex-employees and supporters of the project will lead to further expansion and conflict. On the Nguti area Herakles still maintains insignificant presence with reduced workforce. Many villages are happy the company activities have slowed down considerably.

The company has held secret meetings with some local chiefs and elites. This is because they will need the signatures of the chiefs and two notables in each village to authenticate the report to enable the president to prolong the lease to 99 years. But there are many formerly pro-Herakles chiefs who now reject Herakles because they have learned and become more informed of the facts and consequences as a result of the campaign by SEFE and partners.

When the delegation visited the area, they never entered the village of Fabe and villagers were not even aware of the visiting delegation. SEFE has made several trips to the community to inform the inhabitants about Herakles and its blatant refusal to pay the required money to the departmental treasuries. SEFE advised local communities that by law 20% should have gone directly to them and informed them that, given the prior conduct of this company, that the company will not act in the best interest of their communities.

Recommendations
The ongoing tensions in villages elucidate that the process of acquiring the land was done without the involvement of the villages concerned. It also demonstrates the fact that this once quiet and peaceful area is subject to escalating tensions and possible violence.

The fact that Herakles has elected to work with the local administration to implement the project instead of concentrating on building confidence with the communities through Free, Prior and Informed Consent process undermines the credibility of the company and its management board. This puts their investors in the project at great risk.

Under no circumstances will the communities back down from their opposition to this project. This is the reason why the company is seeks to collude with the government, flout the law, and intimidate local communities.

In fact, common sense requires that for the survival and sustainability of the protected areas surrounding the Herakles concession, the government of should proceed to encourage agriculture driven by communities rather than granting large concessions agro-industries as a means to develop the area. Small scale agriculture will lead to slow deforestation as oppose to large scale agro-business with not just rapid deforestation but with other accompanying impact like pollution and climate change.

This is an appeal for assistance from NGO SEFE and the local communities opposing this project. We request media representatives contact SEFE for further details and ask for the assistance of individuals and NGOs who can help local communities protect their lands and forests.