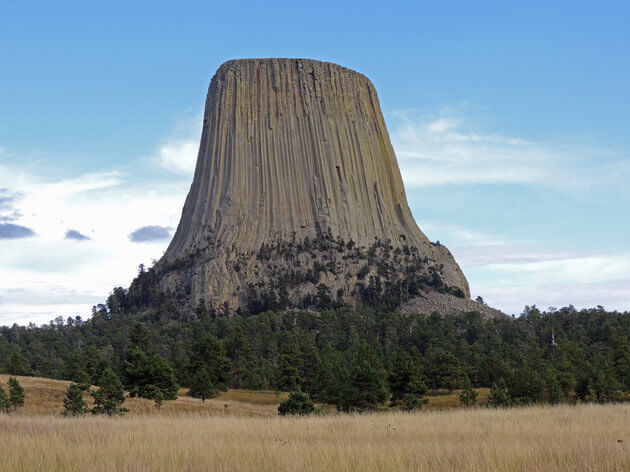 6 More Landmarks That Should Have Their Indigenous Names Restored

President Barack Obama restored the Athabascan name, Denali, to the highest peak in North America [last] Sunday. The name, which means “High One” or “Great One,” replaces that of former President William McKinley, who never even saw the place.

But what if the president used his executive power to restore the indigenous names of other monuments, parks and places?

Here are six places across the country ready to get the Denali treatment.

The name for Devil’s Tower, a monolithic rock formation in northeastern Wyoming created by millions of years of volcanic activity and erosion, comes from a mistranslation of “Bad God’s Tower,” which a scout serving under Lt. Col. Richard Irving Dodge erroneously bestowed on the monument in 1875. The name has been a subject of controversy ever since, as the monolith figures prominently in the cultural and spiritual beliefs of many indigenous nations on the plains, including the Lakota, Arapaho, Crow, Cheyenne, Kiowa and Shoshone.

Lakota medicine man Arvol Looking Horse is leading a push to rename Devil’s Tower “Bear Lodge,” which is an accurate translation of the cliff’s Lakota name, Matȟó Thípila. Looking Horse says the current name is offensive “because it equates cultural and faith traditions practiced at this site to ‘devil worship,’ in essence equating indigenous people to ‘devils.'” 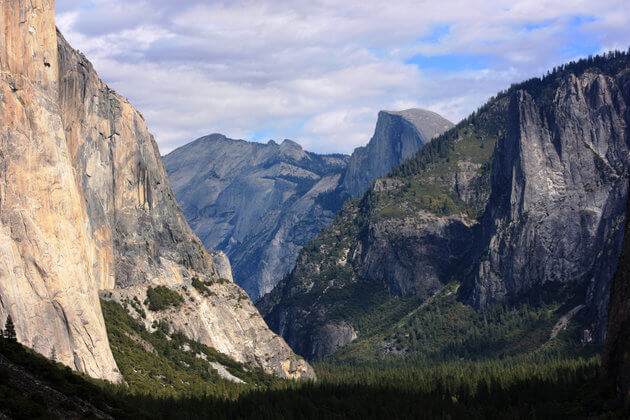 While in pursuit of the Ahwahneechee in 1851, a battalion of California soldiers became the first European-Americans to set foot in the region. The battalion renamed the valley Yosemite, borrowing the Miwok term for the Ahwahneechee: yohhe’meti, which means “they are killers.” That would later become the name of the national park when it was created in 1890. 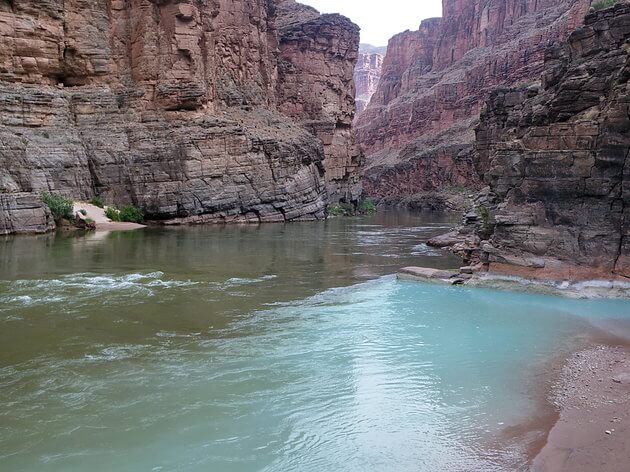 The Grand Canyon was originally called Havasu by the Havasupai tribe. (Credit: Al_HikesAZ/Flickr)

The Havasupai tribe once claimed a vast territory surrounding the Grand Canyon, but now live on a small reservation in Havasu Canyon, on the south side of the Colorado River, completely surrounded by the park. They call themselves the “people of the blue-green waters,” after the spectacular streams and waterfalls in their homeland. The name of Havasu Creek is taken from their language.

Spanish explorer García López de Coronado “discovered” the Gran Cañón, or Grand Canyon, in 1540, while under orders from conquistador Francisco Vásquez de Coronado to find the mythical Siete Ciudades de Cíbola, or Seven Cities of Gold. President Theodore Roosevelt later designated the canyon a national monument in 1908, and it became a national park in 1919. 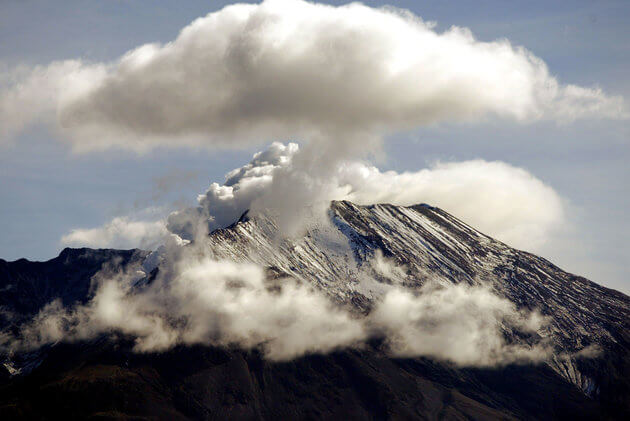 Explorer George Vancouver named Mount St. Helens after his friend, Baron St. Helens, in 1792. Mount St. Helens is central to the oral history of the Cowlitz and Yakama nations in Washington state. The Cowlitz name for the mountain is Lawetlat’la, which translates as “The Smoker,” and derives from the mountain’s volcanic nature. The mountain violently erupted in 1980. 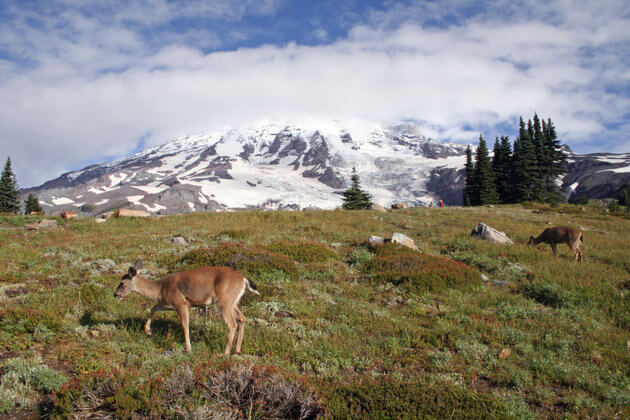 George Vancouver named Mount Rainier after another friend, Admiral Peter Rainier, who fought for the British against the Americans in the Revolutionary War. The mountain is just 54 miles southeast of Seattle, and can be seen from the Seattle metropolitan area. The Puyallup called the mountain Tahoma, which is almost identical to Seattle’s neighboring city of Tacoma. The name roughly translates to “ice-capped mountain” in their language. 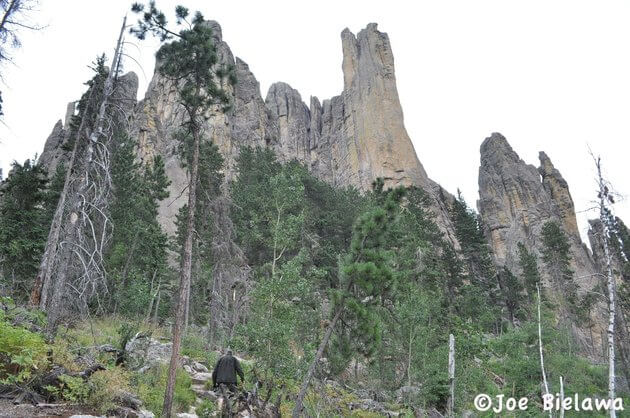 Harney Peak’s original name is either Hinhan Kaga or He Winchinchala Sakowin Hocokata, according to the Lakota people. (Joe Bielawa/Flickr)

Harney Peak, in South Dakota’s Black Hills, is the tallest point east of the Rocky Mountains in the United States. It is named after Army Gen. William S. Harney, who led a massacre of Lakota women and children in 1855. The Oglala Lakota in South Dakota are currently working on a proposal to change the name of the peak.

Some Lakota call the peak Hinhan Kaga, which means “Making of Owls,” but other oral historians say that the proper name is He Winchinchala Sakowin Hocokata, which translates as “Center of the Seven Sister Mountains.”

In addition, the Lakota people won a settlement from the Supreme Court, now worth $1.3 billion, for land in their sacred Black Hills that was stolen by American settlers. The Lakota have refused the money, asserting that “the Black Hills are not for sale.”

This article was originally published at the Huffington Post. It has been republished at IC with permission from the author.