Zapatistas: “to be heard, we march in silence” 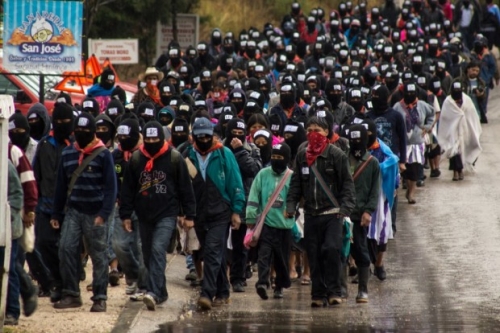 As the Maya calendar ends, a new cycle of struggle begins with thousands of Zapatistas peacefully and silently occupying town squares across Chiapas.

The Zapatistas are back! Flowing like the water of the river that beats the sword. And while some were anticipating the Christmas holidays, some others the end of the Maya calendar, and others still the new Communiqué from the Comandancia General of the EZLN that was announced back in November, the main cities of Chiapas woke up today with memories of 1994. 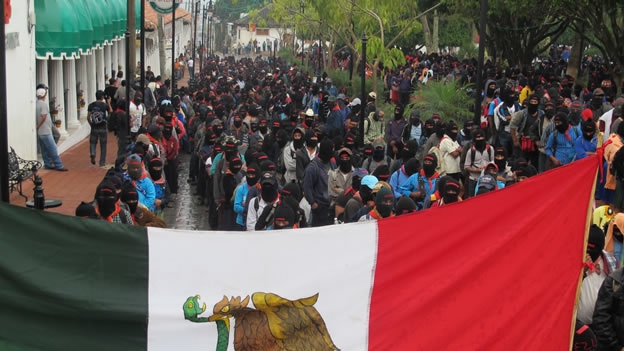 New Age freaks around the world may have been gearing up for the end of the world, but it appears that some Mayas had a very different opinion on the matter. They preferred to send us another message: that of the new world they have been building in silence for two decades now. 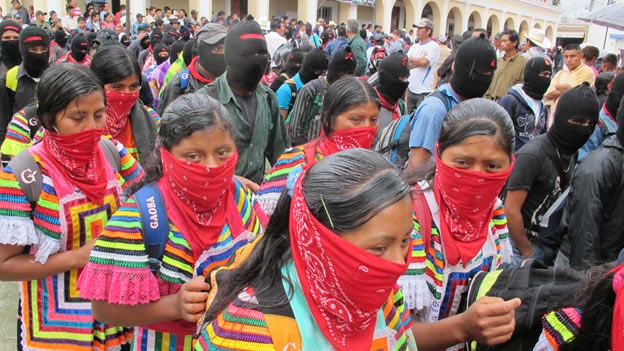 Since the early hours of the 21st of December 2012, thousands of Zapatistas from the Bases of Support of the EZLN — their faces covered with the legendary Zapatista pasamontañas and paliacates around their necks — started marching in silence, in perfect formation, entering the cities of San Cristóbal de las Casas, Ocosingo, Las Margaritas, Comitan, and Altamirano, and occupying their central squares. 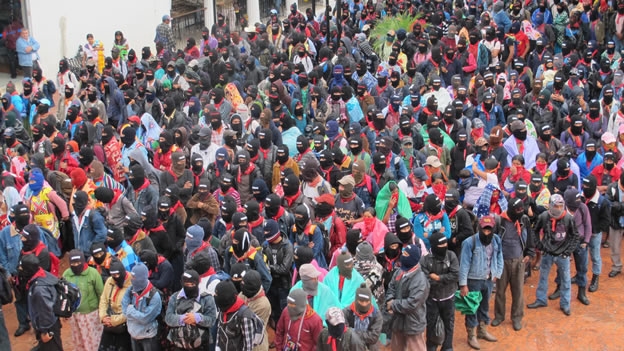 Those were the same squares, in the same cities, they had occupied during the Zapatista uprising on the 1st of January 1994. This time, though, they marched peacefully and in silence, under the heavy rain of the Chiapaneco December and the praise of the citizens of the cities. After a silent march through the towns, the Zapatistas headed back to their communities, equally silent as they appeared. 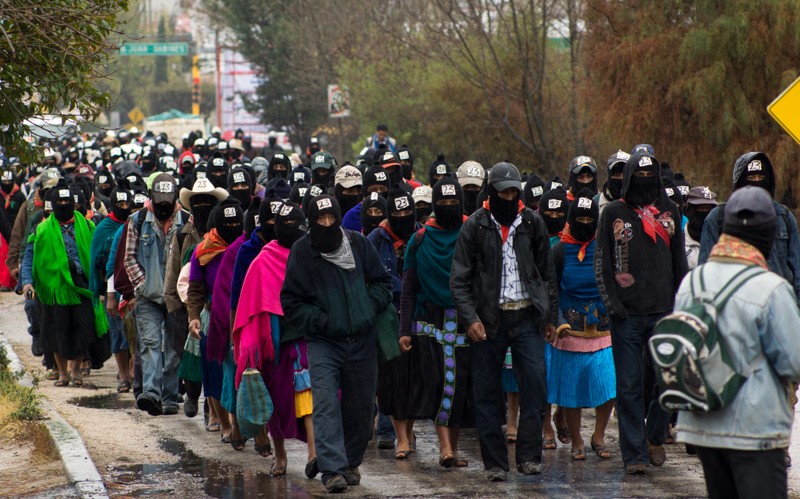 This is the most impressive Zapatista mobilization since May 2011, when — together with the Movement for Peace, Justice, and Dignity of the poet Javier Sicilia — they gathered more than 30.000 people in the central square of San Cristóbal de las Casas in a manifestation against the “War on Drugs” of Felipe Calderon that has already cost Mexico more than 70.000 deaths.

Right now we are expecting the Communiqué of the Comandancia General of the EZLN, but what is certain is that today’s impressive silent mobilization is the Zapatistas’ response to the increasing repression their communities have been facing from the government and its paramilitaries over the past years, in combination with the return of PRI — the party against which the EZLN initially mobilized in 1994 — to government. 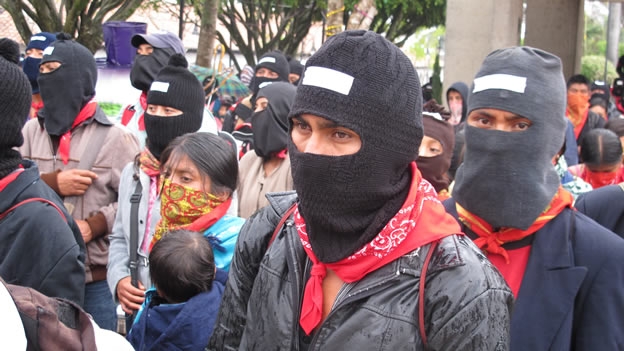 It is also a message to the world: that the Zapatistas are still here, in silence and with patience, like the water of the river that beats the sword…