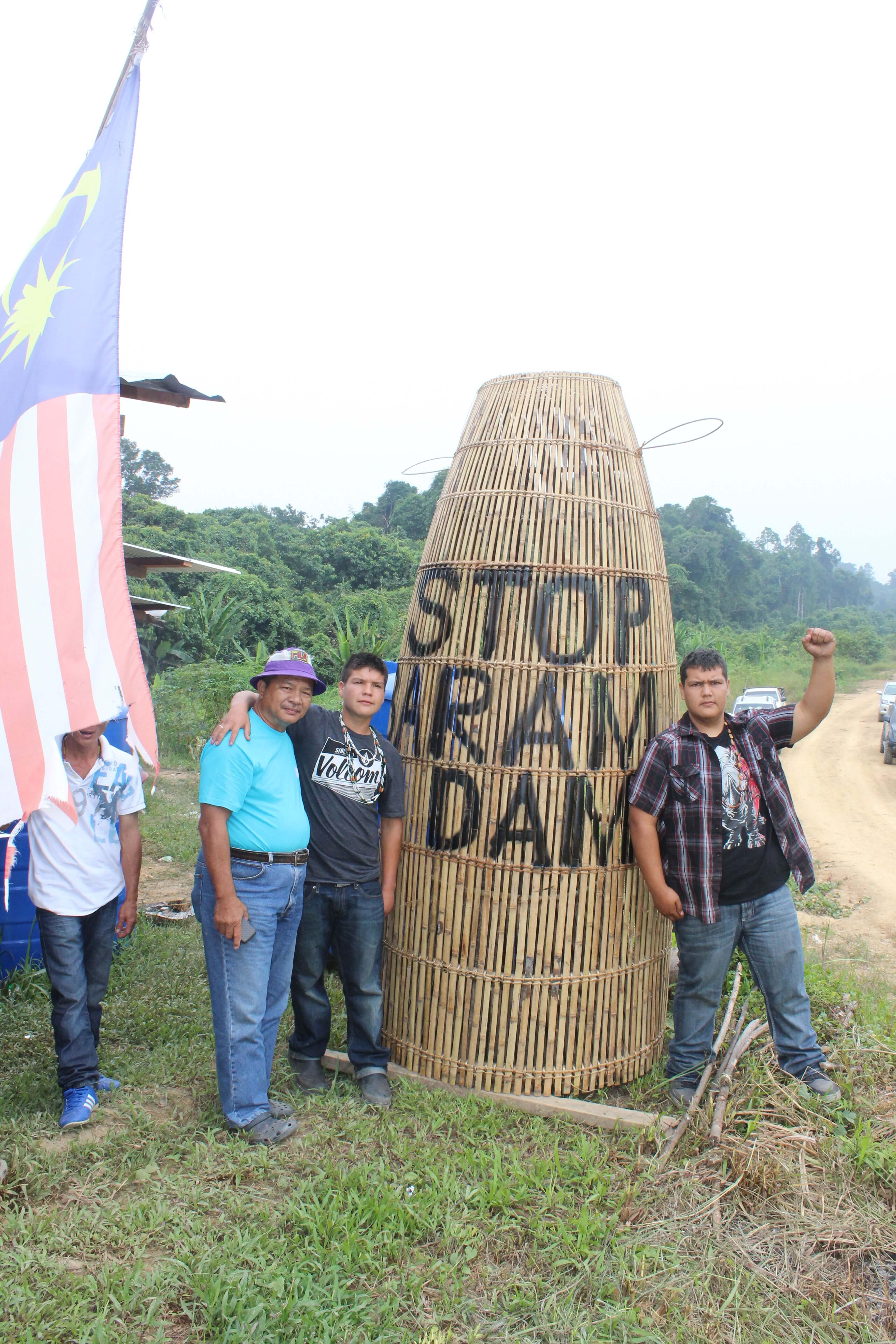 Indigenous people from around the world convened last week in Sarawak, a Malaysian State on the island of Borneo, to prevent the construction of Baram Dam and assemble a declaration of global solidarity in opposition to dams all over the world including the Klamath River. Klamath Basin delegates returned yesterday from traveling to Borneo, one of the most biologically diverse places left on the planet, that unfortunately, as the group noted, is quickly being destroyed through corrupt resource extraction. They went to share their stories of the fight for justice, and solidarity along the Klamath River and their commitment to the preservation of indigenous culture.

The group, comprised of seasoned Un-Dam the Klamath activists, who are mostly from the Yurok, Hoopa, and Karuk tribes, have called themselves “River Relatives.” According to Yurok Fisherman, Sammy Gensaw “the similarities that exist between our cultures and the rivers that we depend on are so remarkable that we felt like relatives, the difference is that indigenous people in middle income and developing countries are experiencing the peak of cultural genocide and colonization now and are watching their natural resources become commodities. The indigenous people of North America have a lot to share about that.” They had previously traveled to the Amazon Basin as “the Klamazon Delegation” to oppose the Belo Monte mega-dam in solidarity with the Xikrin and Kayapo Tribes of the Amazon. They were in Borneo for the last two weeks to fight alongside the Kayan, Kenyah, and Penan Tribes and other indigenous activists from all over the world to oppose the construction of Baram Dam. The Borneo Project, Bruno Manser Fund and the Indigenous Bio-cultural Exchange Fund assisted with their travels. The proposed dam would be the second largest in Asia, would displace 20,000 indigenous people, flood 26 villages, and would destroy sacred sights including burial grounds. It is part of a series of 12 proposed dams for the state of Sarawak, and two mega-dams have already been built. The Baram Dam would flood thousands of acres of rainforest, and cause the death or displacement of as many 36 million birds and mammals. The rainforest that is proposed to be dammed, if flooded would release more climate changing methane gas than the amount of carbon dioxide released from running a coal-fired power plant for 30 years. 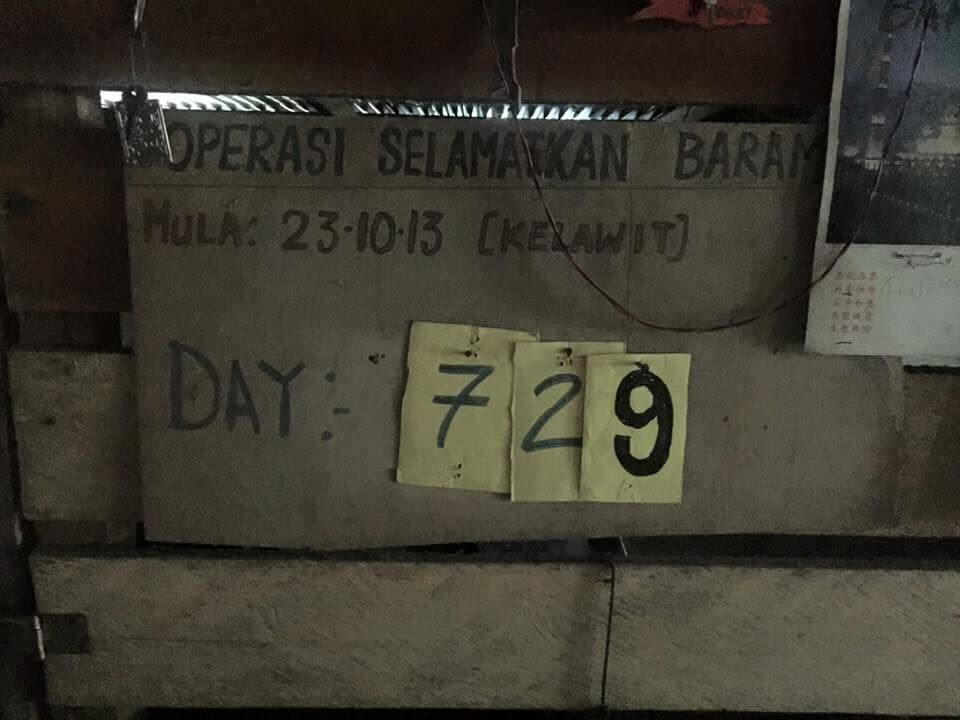 International delegates joined the tribes on the Baram River to celebrate the two-year anniversary of blockading Sarawak Energy Berhad, the state owned dam developer, from building the dam. Last week’s anniversary was coupled with rallies and the World Indigenous Summit for Environment and Rivers (WISER). Jon Luke Gensaw and Sammy Gensaw, brothers who are Yurok youth activists and fishermen attended the blockade and summit. Nat Pennington, a Klamath River activist and Salmon Researcher attended as well. According to Pennington, “the summit and press conference were a great opportunity to share our lessons and successes in the fight to Un-Dam the Klamath. Like Salmon on the North Coast, the Baram River also has priceless fisheries like the Emperau, which can fetch up to $300 a pound. It would be a tragedy to see the Baram and its people suffer the same fate as the Klamath.”

Seventeen-year-old Jon Luke Gensaw said, ”I personally feel that rivers and streams are the veins of the world. When they’re flowing naturally and free, the river and its inhabitants are healthy, and when they get clogged by dams, Mother Nature does not get to take its course, this prevents indigenous people and wildlife from living in a healthy manner.”

In attendance at the blockades and summit were activists from Malaysian Borneo’s Sarawak and Sabah States, Indonesia, Cambodia, Philippines, Honduras, United States, Brazil, Switzerland, England and Australia. Two years ago, activists from the Klamath and Brazil had fought shoulder to shoulder against the Belo Monte dam, which has recently been put on hold due to environmental infractions and international pressure, showing that when people work together, they can make changes.

At a packed press conference in Miri, Sarawak, Sammy Gensaw shared his story, “The first fight of my ancestors was to have blood flow though their veins and air in their lungs because at one point, the U.S. government deemed it a crime to be native and punishment was death. How long must we struggle in solitude before we find strength in solidarity. To ask for help does not mean you are weak but simply that you are not alone.” The group said “there were times that we feared retaliation from the government or the power company’s vigilantes.” As Pennington put it, while working in the Amazon, “you may not win every fight, but if you don’t show up for the battle, you’ve already lost.”

The people at the WISER Summit and the blockade were inspired by the presentations provided by the Klamath Delegation, and have already invited them to events opposing dams from Honduras to Cambodia. The group is planning to give presentations, throughout the North Coast of California over the next few months. If you would like to learn more follow them at www.facebook.com/belomonteresistancedelegation