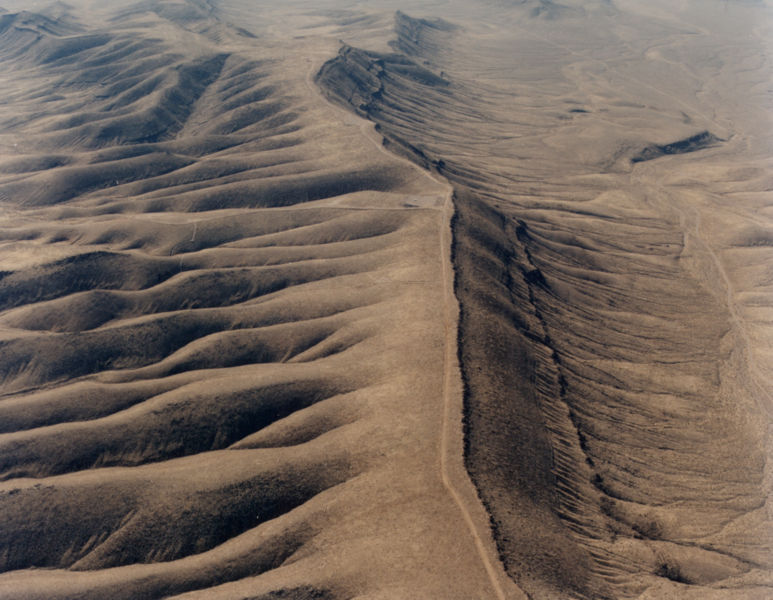 The US Department of Energy’s (DOE) application for the proposed Yucca Mountain radioactive waste dumpsite in Nevada has been accepted for review by the U.S. Nuclear Regulatory Commission (NRC).

“After three decades of site studies, this action officially kicks off the Yucca Mountain repository licensing proceeding,” explains a September 8 bulletin from Beyond Nuclear. “The State of Nevada, and other dump opponents, will now have 60 days to intervene by submitting contentions to NRC citing legal or technical flaws with the proposal. Nevada is expected to submit hundreds of contentions. An NRC licensing board will decide which contentions will be granted a hearing. NRC’s licensing proceeding will last three to four years. It will then decide whether or not to approve the Yucca Mountain dump.”

Commenting on the decision, Kevin Kamps from Beyond Nuclear says: “The U.S. Nuclear Regulatory Commission (NRC) today showed its blatant bias in favor of the proposed high-level radioactive waste dump in Nevada by docketing the U.S. Department of Energy’s (DOE) license application before the pro-nuclear Bush administration leaves office. In record time, NRC rubberstamped DOE’s half-baked submission, despite its lack of a final repository design, waste transport-storage-burial canister design, and national routing plan for shipping the deadly wastes by road, rail, and waterway through 45 states.

“Despite DOE being nearly six years late in filing its still incomplete license application, NRC recently denied the State of Nevada’s humble and reasonable request for a mere six months to prepare contentions against the dump.

“Why is NRC rushing into the Yucca proceeding at breakneck speed, especially when the U.S. Environmental Protection Agency (EPA) has not even finalized radiation release regulations for the dumpsite?

“Nevadans know the reason better than anyone, that politics have long trumped science at Yucca Mountain. Interestingly, Nevada’s contentions against the dump are now due right around Election Day. If elected, Barack Obama has pledged to withdraw the Yucca license application. Even John McCain, who has consistently voted in favor of the Yucca dump, has indicated that burying radioactive waste in Nevada may not be the best idea after all. Politics singled out Nevada in the first place, kept the Yucca Mountain Project alive for two decades despite glaring scientific unsuitability, and ironically may now kill the dump in the end.” 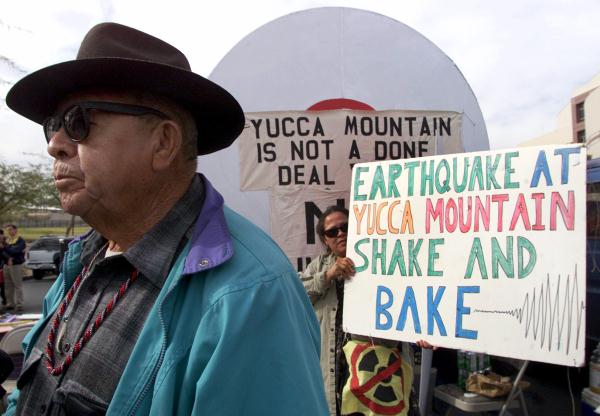 A glaring issue not mentioned by Kevin Kamps, which is altogether ignored by the NRC, EPA, DOE, and both presidential candidates — is that Yucca Mountain falls within the 60 million acres of territory that the US government acknowledged when it signed the 1863 Treaty of Ruby Valley with the Western Shoshone.

Signed “in peace and friendship,” the treaty formed a relationship similar to the Six Nations Two Row Wampum, which affirmed the Indigenous Nation as culturally and politically distinct from the Nation State.

And so it follows that “even the mere study of the [Yucca Mountain] site is a violation of the treaty,” notes the late Corbin Harney, in a 2000 article, Yucca Mountain: No Place for Waste.

Violation of the treaty goes far beyond holding studies without the Shoshone’s consent, however. Denying their own legislation from time time, the government claims ownership of about 90 per cent of the territory, making it into the Most Atom-Bombed Place on Earth.

As a result, the Shoshone have been “exposed to many years of nuclear weapons testing, suffer from high rates of cancer, leukemia, and other diseases,” notes an in depth article about Yucca Mountain, by Amy Corbin.

It further threatens to harm the Shoshone’s culture, their livelihoods, and their spiritual practices. The Mountain range has been a site to gather medicines and hold Ceremonies for thousands of years. In the place of this, the government wants to store anywhere up to 77,000 metric tons of spent nuclear fuel and radioactive waste.

“Current Department of Energy plans call for the highly radioactive nuclear waste to be encased in steel containers and buried deep in the mountain. Since the canisters will last for 1,000 years at most, the dryness of the mountain will have to guarantee against leakage and migration — an idea that environmentalists and many scientists say is a flawed and dangerous assumption. Surface water percolates into the mountain, and will carry radioactive particles into the water table and render it toxic. This water table currently supplies water to local communities and farming regions which produce milk and other food products for the entire country,” Corbin explains.

In addition, “with several local fault lines and a volcano nearby, earthquakes make it likely that the mountain will fracture the repository and send even more water to the waste.”

“Beyond [these and other health and safety] issues lies the fact that the Shoshone should be able to determine what goes on at the mountain due to treaty rights and their historical and spiritual ties to the area. Government work has already disturbed burial remains and denied Native Americans access to the rock prayer rings. The Yucca Mountain controversy is rarely acknowledged as one that, at its heart, is about native sovereignty and the need to care for the land in a way that is spiritually responsible and environmentally sound.”