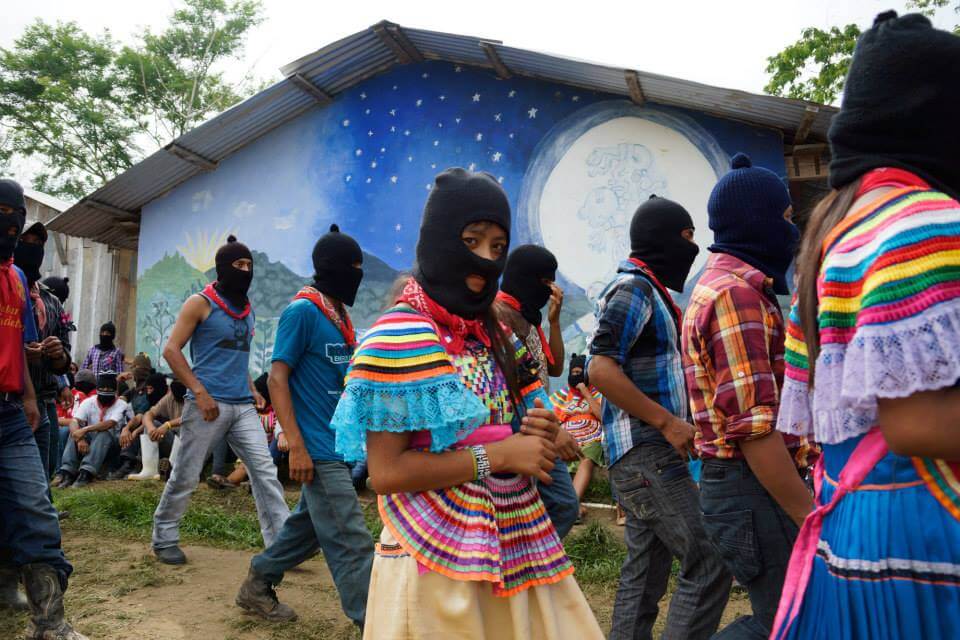 Being Young and Zapatista in La Realidad

Selena is 16 years old. With the charm of a first-person narrative, she shares vital political information on recent aggression against the Caracol of la Realidad.

Selena is a young woman born into Zapatismo and brought up in and with a Zapatista autonomous education. She knows no gender or age restrictions. She was appointed to a post that is indispensable to the survival of the collective–to register facts and occurrences and then share with the community what she has heard, discovered and learned. Nobody doubts her truth or integrity, her strength or the fidelity of the information she communicates. She was trained for this. The Assembly chose her for this role because of these qualities.

And she is a girl of 16! In the outside world, those under 18 are considered girls. They cannot vote and when they commit crimes they are locked up in prisons for ‘minors’.

But Selena is not a product of that outside society, of those laws that the state is the first to violate. She was not born among the people who have to buy justice, like we do.

She does not have to sell herself, or be humiliated or be sad, like the young women I know outside. The women who often hold themselves back from taking prominent positions.

Moreover, ‘girls’ of 16 are now the preferred object of trafficking in women. They disappear in the streets of large Mexican cities and sometimes in the countryside. Parents send desperate messages to get them back. Sometimes girls this age migrate from Central America and as they pass through Mexico they are kidnapped, abused, raped and sold to pornography and prostitution networks. They are particularly vulnerable for being girls, women, and young. Criminals consider them ideal marks for extortion, rape, abuse and murder with impunity because of their social vulnerability.

But Selena is a Zapatista and was born and raised in Zapatista Chiapas. She lived her entire life in Zapatista territory that has been in transformation for 20 years. That’s where she became conscious of belonging to one of the indigenous peoples of Mexico, a Mayan Tojolabal probably because she is from La Realidad. She is not only proud of this identity, but also of being a woman, a woman who takes part in a struggle for justice for her people, a woman who is also young and yet does not have to make an effort to be respected as a youth and a woman.

The young women and young men are particularly valued for a task that is essential for the survival of the Zapatista Rebellion. They are trained for the duty of Listeners.

It seems like nothing, and to many might appear to be a minor role. But for the Zapatistas, their support bases and the tight unity needed to resist, it is an extremely important task.

And for Selena and all who are Listeners it’s not so difficult. Not only do young people have a good memory, they are also heirs to the ancient traditions of oral transmission. The Mesoamerican peoples managed to keep alive today, although in a different way, beliefs, rituals, healing, symbols and ways of seeing the world by handing on orally, “from the lips” of their grandmothers and grandfathers, stories, myths and traditions that survive in their lives today.

It’s not hard for them to keep track of each detail of a conversation like the one Selena had with Galeano’s murderer, a guy who out of decency is only reported as R. The conversation was imposed on her by the murderer, who took her aside and said “You think a lot of yourself” as macho young men say to discreet young women on the streets today.

Selena’s first reaction was not to answer, but the murderer insisted and spat out these words: “Stop, listen to what I’m going to say.”

This murderer, also indigenous, surely known to her because she was able to recognize him, is one of the paramilitaries promoted and financed by the local authorities, (like years ago in the Acteal massacre) to destroy the Caracol of La Realidad.

She was not afraid of him. As a woman and a youth, she could have paused due to immaturity. But Selena is Zapatista and she is strong. She stopped, and faced him and recognized the importance of what might be found in the words of that traitor to his own people.

Given the explicit threat to take over the Caracol – Zapatista territory and the heart of the autonomous region – and to destroy and occupy it, she challenged him further.

She did not withdraw meekly with womanish shame, but confronted him with usually male profanities. She refused to be intimidated by his threat to rape her, and instead responded with increased force and threw the threat back in his face.

What has happened with these “jovenas” (young women)?

They do not submit, they are not intimidated or scared and they are not afraid to use all kinds of language even if they have to reproduce the aggressive language that men use against women.

Haven’t we feminists said many times that the best way to react to possible male aggression is to do exactly what Selena did and behave as she behaved? Why, I wonder, are Zapatista women not only aware of how to fight back but able to actually do it?

What has the social fabric of Zapatista struggle achieved that encourages these young women and allows them to survive and defend themselves with dignity against attacks on their integrity? 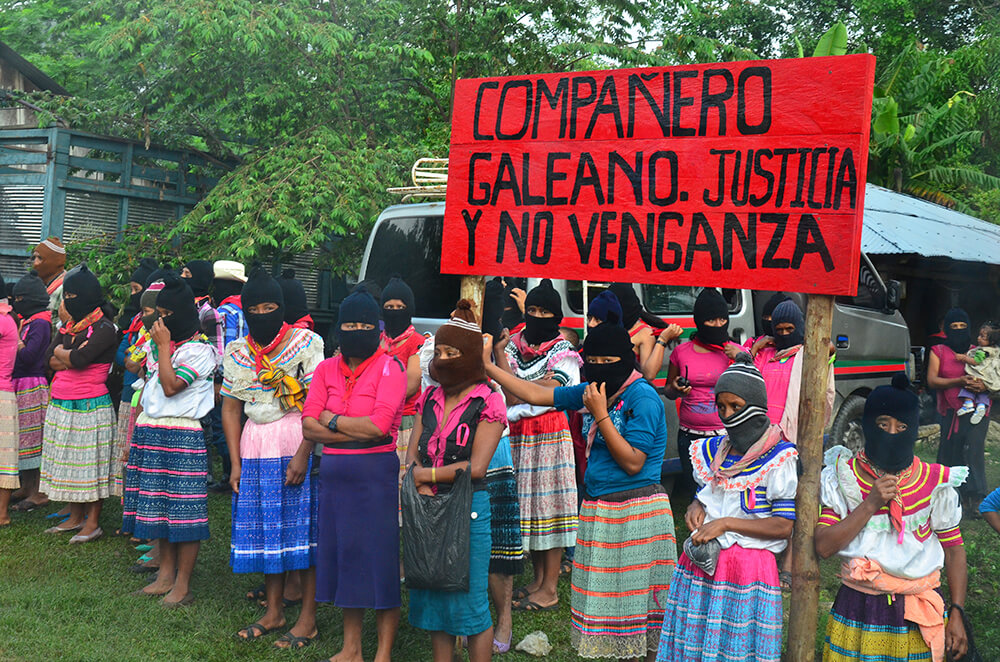 Selena repeats her unfortunate encounter with the murderer, giving all the details. She escaped unhurt from the meeting. She was not raped or abused and comes back to bring the urgent and critical information for the defence of her people, the Zapatistas.

The same defense is now happening here in the Movement for Justice in El Barrio in New York, and in many parts of the world to prevent another slaughter like Acteal.

Because peaceful defense is the proposal put forward, developed and lived by the Zapatistas. It is the political strategy of possible resistance, the product of conscious men and women around the world who say NO!, with echoes reverberating everywhere.

NO to the destruction of another world that already exists and that the Zapatistas live in.

YES to a world so new that girls of 16 like Selena inhabit it and defend themselves with their dignity as women untouched.

On 24 May, hundreds of members of Movement for Justice in El Barrio, a community-based organization composed mostly of migrant women fighting for dignity and against neoliberal displacement in New York, honored the life and struggle of the fallen Zapatista teacher “Galeano”. For this tribute by the community of El Barrio the great Mexican feminist activist and thinker Dr. Sylvia Marcos sent reflections on “Being a young Zapatista woman in La Realidad.”, which was read during the tribute before hundreds of women, youth, girls and old women fighters.

Based on reflections on a Reading of the Communiqué Fragments from la Realidad I
Subcomandante Insurgente Marcos, May 2014