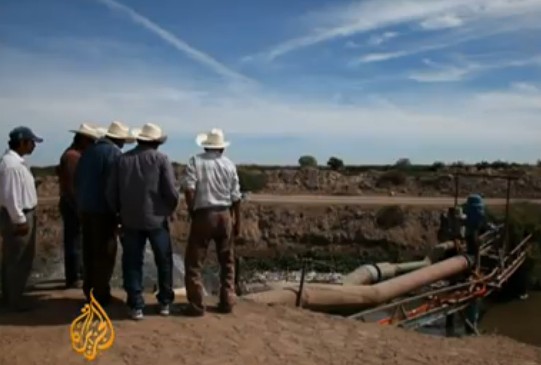 Nearly 20 years of drought and little help from the government has forced the Yaquis, a tribe in Mexico, to irrigate their lands with the only water source available – raw sewage.

Over the past decade more than 4,000 hectares of once fertile land has dried up – and now things could go from bad to worse.

The state government is building an aqueduct that will divert nearly 75 million cubic metres of water from the Yaqui river to a nearby town.

The government says the project is crucial, but Yaqui leaders question the decision to prioritize alleviating drought in cities over farming communities.