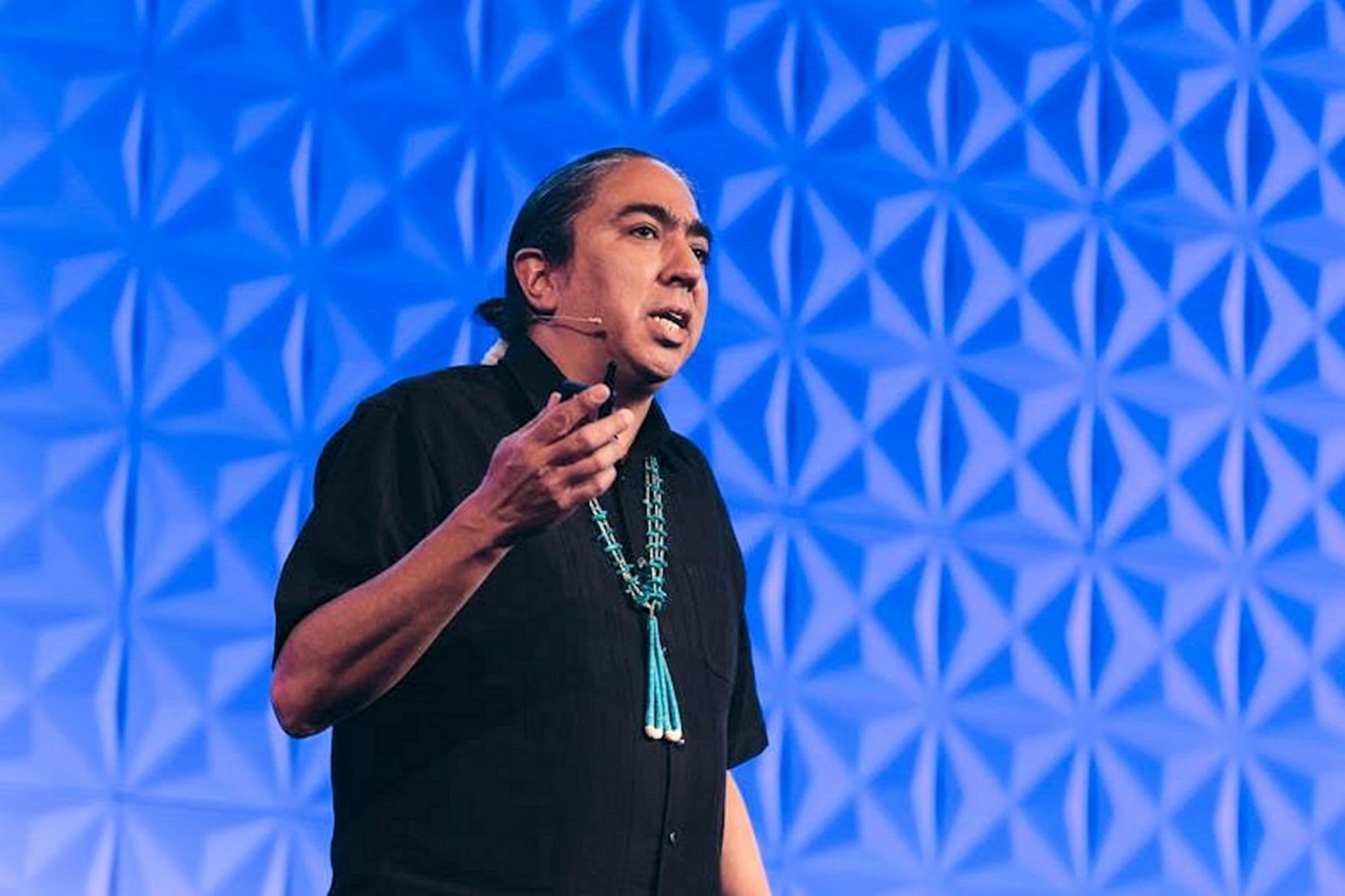 ‘Yá’át’tééh … I am running for president’

Mark Charles, Navajo, announces his bid for the 2020 presidential race as an Independent candidate.
Support our journalism. Become a Patron!

Mark Charles, Navajo, announces his bid for the 2020 presidential race as an Independent candidate.

That makes it 27 candidates in total vying for the seat: 23 Democrats, 2 Republicans and 2 Independents.

His campaign slogan: “To build a nation where ‘We the People’ means all the people.”

Following Navajo protocol, Charles introduced himself in the language, Diné Bizaad, with his four clans in a 9-minute video. Viewers find out that he is also of Dutch heritage, which is his mother.

The last time a Native person ran for president was Russell Means, Oglala Lakota, in the 1988 election. He ran under the Libertarian Party flag.

Charles focuses on two documents: the U.S. Constitution and the Doctrine of Discovery.

He addresses the underlying issues within the Constitution, such as looking at how it protects “white land-owning males” and how it is used to justified today’s form of slavery, which is the criminal justice system.

“The Constitution’s doing exactly what it was designed to do. It’s protecting the interests of white, land-owning men,” he said.

The former pastor of the Christian Indian Center in Denver, Colorado, also criticizes and holds the Doctrine of Discovery, an international document that justified the taking of land by Christians, responsible for the ethnic cleansing of Indigenous people in North America.

Both have been talking points for his public speaking events and his TEDx Talk in January, “We the People – the three most misunderstood words in US history.”

He has been writing about the topics in his blog “Wirelesshogan: Reflections from the Hogan” since 2008 when he moved to the Navajo Nation with his family.

Charles is also a consultant for the Calvin Institute of Christian Worship, a columnist for Native News Online and is based in Washington, D.C.

Jourdan Bennett-Begaye, Diné, is a reporter/producer for Indian Country Today in Washington, D.C. Follow her on Twitter – @jourdanbb. Email –jbennett-begaye@indiancountrytoday.com

This article was originally published at Indian Country Today. It has been re-published with permission.