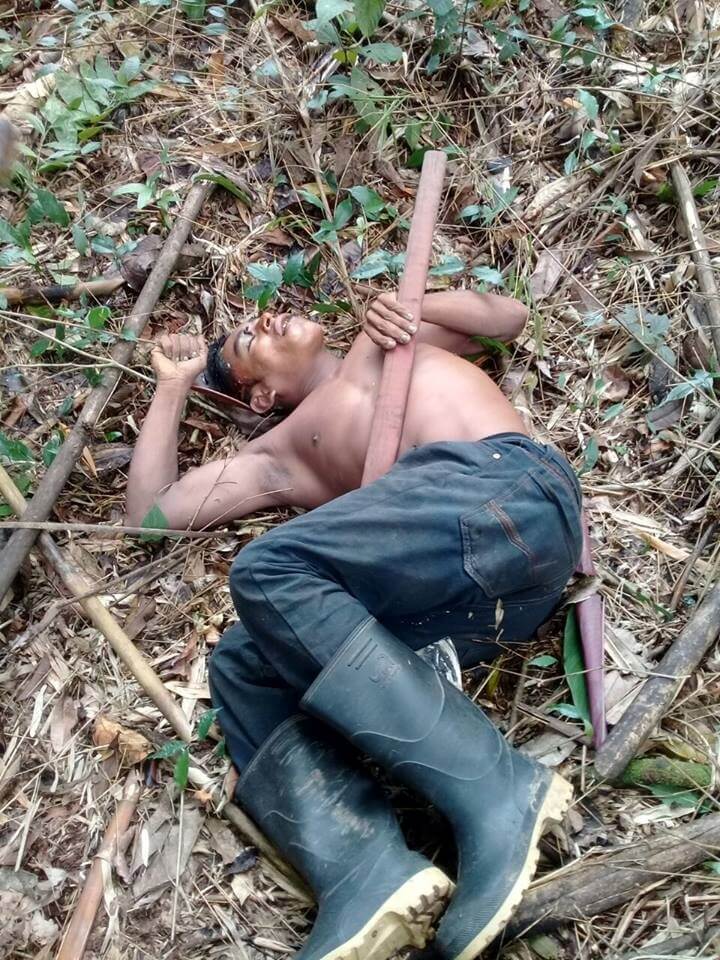 ¡YA BASTA! Another Indigenous Community Leader Killed by Colonos in Nicaragua

¡Ya Basta! A phrase known for its political and revolutionary connotations throughout much of the Spanish-speaking world, translates roughly into English as, ‘Enough is Enough!’

It is a statement of finality; a concrete call to action; a heightened call for awareness; and an official call of duty to end cultures of violence and impunity against Indigenous Peoples.

His name was Felipe Perez Gamboa. He was 24 years old.

According to Mark Rivas, who has aided in representing the Moskito Council of Elders at the United Nations, Gamboa was a leader of much distinction among the young people of the community of La Esperanza on the traditional Indigenous frontier region of Moskitia – located on the northern Caribbean coast of colonial Nicaragua and home to the largest tropical rainforest, second only to the Amazon, in the western world.

For his part, Rivas credited Cejudhcan Derechos Humanos – a local NGO whose founder, lawyer Lottie Cunningham, and staff, have been on the receiving end of death threats for their ongoing human rights work in the region –  with originally disseminating and confirming the tragedy to the larger community.

The traditional Indigenous frontier regions of Moskitia have been terrorized by mounting acts of deadly colonial violence, stemming from the expanding agricultural frontier and the rigidly nationalist agenda, since 2015.

IC first began reporting on the escalating tragedies in the traditional Indigenous regions in June of 2016.

Readers may refer to previous analyses here and in other outlets concerning the role of the Ortega government, neoliberalism, and the fraudulent banner of ‘Christian Socialism’ the fallen Sandinista leader still attempts to hang over his tenuous authoritarian rule.

As of right now, we can do no more than reach out to the Indigenous rights community in the rest of Latin America, and across the world, with the simple message, made famous by the Zapatsista, that ‘Enough IS Enough’.

It’s time to end this culture of impunity surrounding deadly violence against Indigenous Peoples – in this instance, those who are protecting the last bastions of a biodiverse, climate mitigating rainforest.