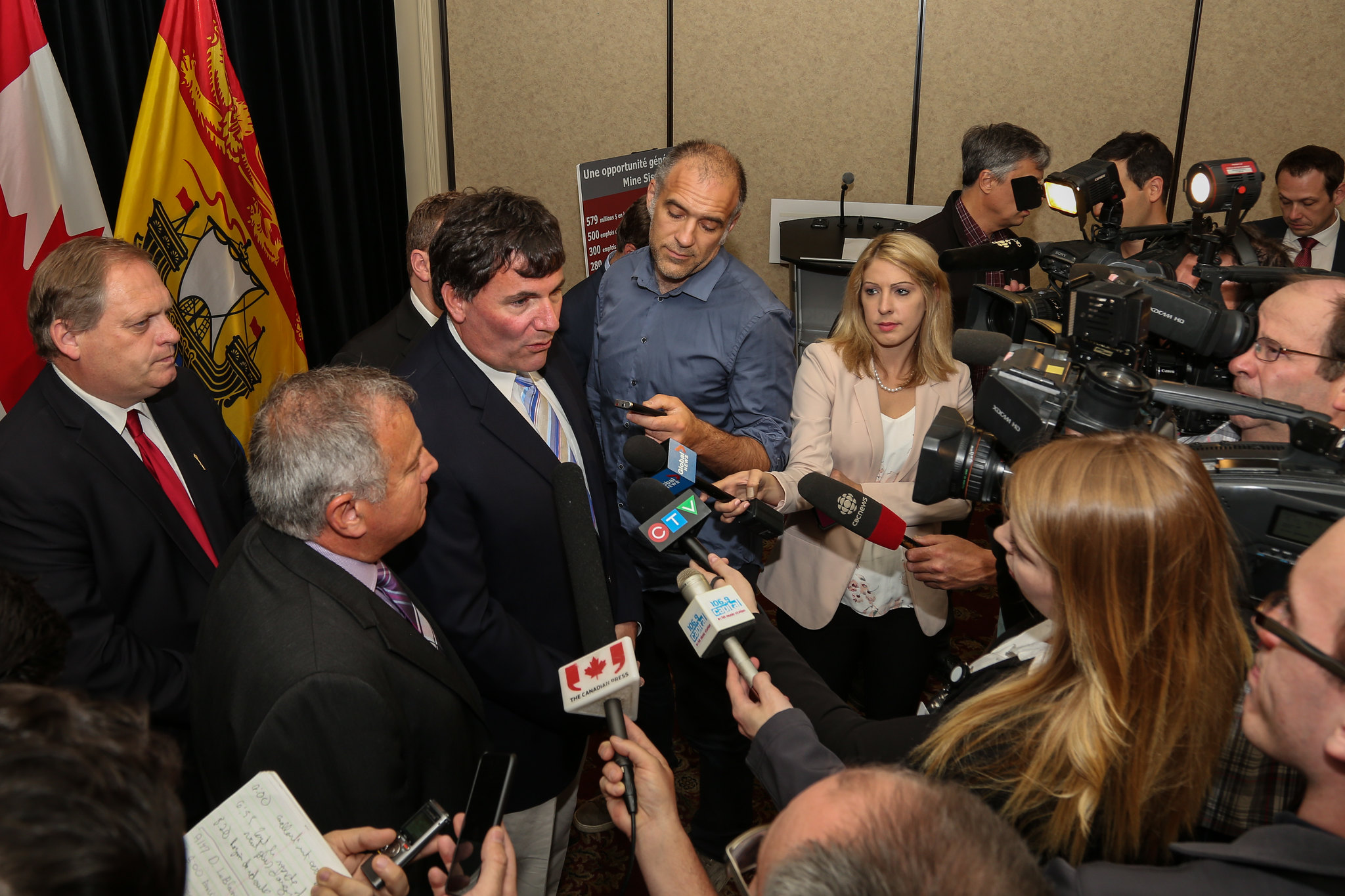 Chiefs say they only learned about the decision from mainstream media
The Trudeau government first approved the Sisson mine in June 2017. Photo: gnbca/flickr (CC)
Support our journalism. Become a Patron!

Five Wolastoqey Chiefs have issued a statement condemning the Canadian government’s approval of a plan to dump toxic mine waste from the Sisson Mine into two rivers in Wolastoqey territory.

Learning about the approval from “mainstream media”, the chiefs explain that the two waterways are an important habitat “for endangered Atlantic Salmon and other fish species”.

“Despite being involved in the engagement process on the Metal and Diamond Mining Effluent Regulations (“MDMER”), we were given no advance notice of this decision—we the people whose lands, waters and resources stand to be significantly impacted by this decision,” the statement reads.

The chiefs went on to say that they were expecting “a further engagement” that would take place before any decision was made and that a final decision would not come until after the 2019 federal election.

“We remain opposed to the Sisson Mine. The lands and waters of the Wolastoq (St. John River), including the area to be developed by the Sisson Mine, have historically been, and continue to be, used by the Wolastoqey for hunting, gathering, hunting, fishing, trapping, tree harvesting, subsistence, spiritual and related purposes,” the statement continues.

“We hold Aboriginal and Treaty rights in the area of the Sisson Mine, including Aboriginal title. We were participating in the permitting process to ensure that if the project proceeds, it does so in the safest manner possible, With rigorous permitting conditions in place. However, we continue to be very worried by the unavoidable and potential adverse effects of the Sisson Mine on Wolastoqey Territory and Wolastoqey Aboriginal and Treaty rights.

“With respect to the specific decision to enable the storage of tailings and waste rock in two waterbodies frequented by fish for the Sisson Mine—the waterways in question are habitat for endangered Atlantic Salmon. The Wolastoqiyik have a deep cultural connection to Atlantic Salmon, a staple in our diets since time immemorial. However, we are no longer legally able to harvest this keystone species due to their near disappearance from the Wolastoq. Any decision to allow for the disposal Of toxic waste in waters that are a habitat for Salmon could seriously hinder their recovery.”

The chiefs went on to criticize the Canadian government’s consultation process.

“Unfortunately, this is not a novel circumstance for us or our people. Too often, consultation is merely a box checking exercise that is used for mere information sharing and […] allow us to blow off steam. Our Peace and Friendship treaties With the Crown did not involve the surrender of land, waters or resources. Despite this, our Aboriginal and Treaty rights have been, and continue to be, infringed upon by the province of New Brunswick as our lands, waters and resources have been, and continue to be, exploited.”

“The Government of Canada has repeatedly stated that it is committed to a renewed nation-to-nation relationship with Indigenous peoples based on recognition of rights, respect, co-operation and partnership, to implementing the United Nations Declaration on the Rights of Indigenous Peoples and to acting on the recommendations of the Truth and Reconciliation Commission. However, Canada has continually failed to uphold this commitment which has proven to be mere lip service.

“If the Govemment of Canada were truly committed to engaging with Indigenous peoples and to renewing the nation-to-nation relationship with Indigenous peoples based on recognition of rights, respect, co-operation and partnership, it would have at the very least notified us of its intent to approve the amendment to Schedule 2 of the MDMER, a decision that will open the door for the approval Of the Fish Habitat Compensation Plan and bring us one step closer to Mine authorization.”