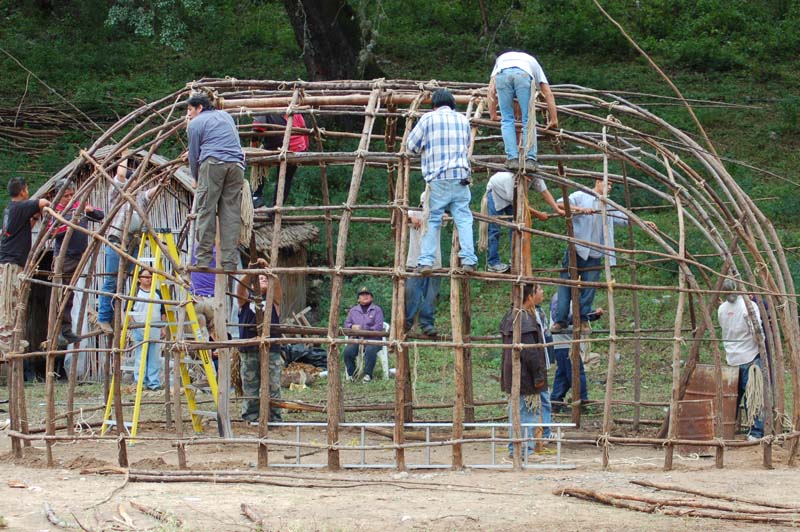 What’s next for IC Magazine?

You may have noticed that publishing at IC Magazine has slowed down this past year. There’s a good reason for that.

Since IC started out, back in 2004, the global Indigenous Peoples movement has grown exponentially. What was once 50 Indigenous Nations actively struggling for land and rights has, out of pure necessity, become a network of 500 Nations in 190 countries.

As one of the largest grassroots indigenous news magazines in the world, IC has served as witness during this important time of growth. Meanwhile, the rest of the world’s media has continued to lag behind, marginalizing the needs, rights, interests and opinions of the world’s Indigenous Peoples.

Thankfully, over the last two years, Indigenous Peoples around the world have been responding to this sad state of (media) affairs in much the same way that I once did, by becoming the media. It’s a beautiful thing, Brothers and Sisters. And now, out of pure necessity, it is time to take IC to the next level.

When I finally accepted that I could no longer keep up with everything that was going on, in 2011, I opened IC‘s doors for the first time, inviting people to work with me and to make sure all Indigenous Peoples get the coverage they need and to create a much-needed space for critical thought. Since then, IC has welcomed many good people, including Robert Desjarlait, Tracy Barnett, Jay Taber, Richard Arghiris, Robin Llewellyn, Hannibal Rhoades, Nuunja Kahina and many others. I’m very grateful for each of their contributions at IC, however, there is a real shortage of people who have the time commit to writing on a regular basis, even with the incentive that their words may reach upwards of 30,000 people. I’ve only ever found one person besides myself.

At the same time, there are certain pressing situations around the world that urgently need in depth coverage, such as China’s ongoing plan to forcibly resettle 1.5 million nomads and the 30-year-old crisis in Jadugoda, India, where scores of children suffer a horrendous genetic burden because the land of their ancestors is now home to several open air uranium waste pits.

These and other situations demand our attention–at least, they demand mine–so I had the idea to set up a formal investigations arm of IC that would be responsible for going to places like Jadugoda and Tibet, to tell the story that isn’t being told. Each investigation would produce a collection of articles, interviews and one documentary film.

As well, there is now a print side to IC that deserves more than we can presently give it. I would like to start distributing our two annual publications—People Land Truth and Indigenous Struggles—sending them to independent bookstores and university libraries. I’d also like to make arrangements with teachers and professors around North America to bring the magazines into their classrooms. I think there’s some great potential there.

And now we come full circle, to the reason why things have slowed down at IC. In order to make all this happen, we need funds.

With the help of a friend, I put together a proposed budget that would cover our print publishing costs, our investigations and our growing operating expenses. We also made some room in the budget to provide remuneration to a certain number of writers each month and hire a small staff to take care of fundraising, outreach, training volunteers/interns and other work associated with the magazine.

As IC‘s only formal volunteer, I’ve spent more than 12 months trying to carry all this forward, while trying to keep up with everything else. I haven’t had much luck, unfortunately. Until recently, I was stuck trying to find a fiscal sponsor that would enable us to realize everything that I’ve outlined here. Well, I’ve given up on that now. Instead, I’ve decided to take IC down the road of becoming a non-profit. It’s a lot more work; but it will be all the more worth it.

Next Steps
And so now I’m faced with the task of finding the right people to help expand, cultivate, strengthen and maintain IC Magazine for the long road ahead. That means creating a board of directors, finding someone in Canada with experience creating a non-profit, putting out calls for a fundraising and outreach coordinator, a co-editor and of course, finding some more bloggers, reporters and corespondents to pick up all the slack left by other media.

As a final note, IC will also be running a new indiegogo campaign in December to get ready for 2014 and to help us through the coming transition. As a part of the fundraiser, we will be offering two new magazines, Indigenous Struggles 2013 (ready Feb 1) and False Hope (ready March-April). With any luck, we’ll find many other good offerings for your support.