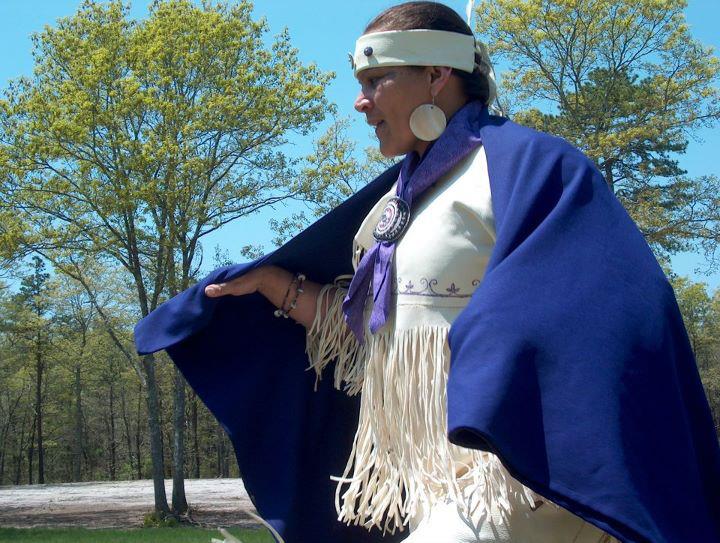 We Still Live Here (Âs Nutayuneân) tells a remarkable story of cultural revival by the Wampanoag of Southeastern Massachusetts. Their ancestors ensured the survival of the first English settlers in America, and lived to regret it. Now they are bringing their language home again.

For more information or to purchase a copy of the film, visit http://makepeaceproductions.com/

Synopsis
We Still Live Here – Âs Nutayuneân, a new documentary by award-winning filmmaker Anne Makepeace, tells the unprecedented story of the return of the Wampanoag language, a language silenced for more than a century. At the heart of the film is the brilliant, engaging, passionate Jessie Little Doe Baird. Indomitable, resolute, hilarious and humble, she is a marvel to watch as she finds her way from the tiny Indian enclave of Mashpee, Massachusetts, to becoming a celebrated linguist honored with a MacArthur ‘genius’ award in 2010 for her unprecedented work with her community to bring their long forgotten language back home.

The Wampanoag Indian tribes live primarily on Cape Cod and Martha’s Vineyard, and on nearby tribal reservations now surrounded by valuable beachfront property and resort communities. Their ancestors ensured the survival of the first English settlers in New England, and lived to regret it. Celebrated every Thanksgiving as the Indians who saved the Pilgrims from starvation, and then largely forgotten, the Wampanoag are now saying loud and clear, in their Native tongue, “Âs nutayuneân,” – “We still live here.”

Like many Native American stories, We Still Live Here begins with a vision. In 1994, Jessie Little Doe, a young Wampanoag mother and social worker, began having recurring dreams: familiar-looking people from another time addressing her in an incomprehensible language. Jessie was perplexed and a little annoyed– why couldn’t they speak English? Later, she came to believe that they were speaking Wampanoag, a language that had had no speakers for more than a century. These events sent her on an odyssey that would uncover hundreds of old documents written in Wampanoag, lead her to a Masters in Linguistics at MIT, and result in her accomplishing something that had never been done before – bringing a language with no speakers for many generations alive again in an American Indian community. Her now six-year-old daughter, Mae Alice, is the first Native speaker in a century.

We Still Live Here interweaves the present-day story of Jessie and other Wampanoags reclaiming their language with historical events that silenced the language and severely impacted their culture – epidemics, missionary pressures, land loss, and the enslavement and indenture of Native children. Ruth Lingford’s powerful animation illuminates and deepens the emotional impact of these devastating events, even as the contemporary story brings a new and surprising conclusion to the story and a hopeful vision of the future.