We shall give up our lives but not our land 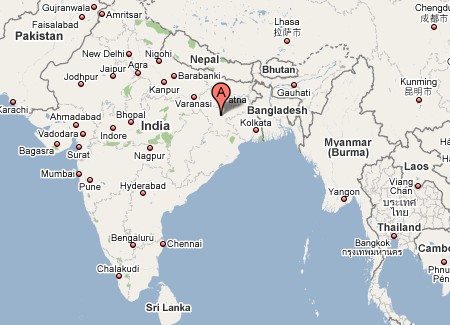 In Jharkhand, a state in the eastern region of India, indigenous people have pledged their lives to protect their rights over natural resources and to defend against the burden of development-induced displacement.

Following the footsteps of the Lepcha in the neighboring state of West Bengal, who last week vowed to give their lives to defend their land and community, Indigenous people in Jharkhand have said, “We shall give up our lives but not land.”

According to Gladson Dungdung, a Human Rights activist in Jharkhand, the pledge follows and incident in early December where one activist was killed and 7 people were severely injured.

At the time, 5 thousand people gathered near the Kathikund Police station to protest against the arrest of several activists, for allegedly stealing a motor bike. The group maintained that real reason for the arrests was political, because the indigenous people are opposing “the land acquisition drive for the power plant in Kathikund and Shikaripara” says Dungdung.

After the confrontation, police issued arrests for another 24 activists, five of which were arrested — “but the act of the police was unable to break down the determination of Adivasis,” says Dungdung. “They have taken pledge and declared that they will not allow any government official, police and company man to enter into the areas of Kathikund and Sikaripada blocks. Their message is loud and clear that they do not want to give their land for the power plants.”

Back in December 2005, the former chief minister of Jharkhand signed an MoU with CESC Ltd, an Indian power company, for a new coal-based mega power plant, which would require about 1000 acres of land.

“A huge people’s resistance begun in the region in November 2007 when the project site was identified, survey was started and the villagers were given notice for land acquisition,” Dungdung explains.

The government claimed that no one would be forcefully removed but that everyone in the region, some 10 thousand people from six villages, would have to leave.

They tried offering money people but when it became clear that they would not accept it, in April 2008 the government told them that they no longer had the choice. ‘Take the money within the next month or be removed by force’, they were told.

The government never acted on the threat, choosing instead to continue with their bribery efforts, on one hand, and criminalization on the other.

“In these circumstances, the poor Adivasis who live with empty stomach[s]… are betrayed in the name of development,” explains Dungdung. “Their political leaders speak something in the Parliament and the Legislative Assemblies but do something else at the grassroots. That’s the reason why the Adivasis have decided not to give even one inch of land for the development projects in Jharkhand, which induce displacement, ruin their livelihood resources and destroy their culture.”