We Have Launched an IndieGoGo Campaign! 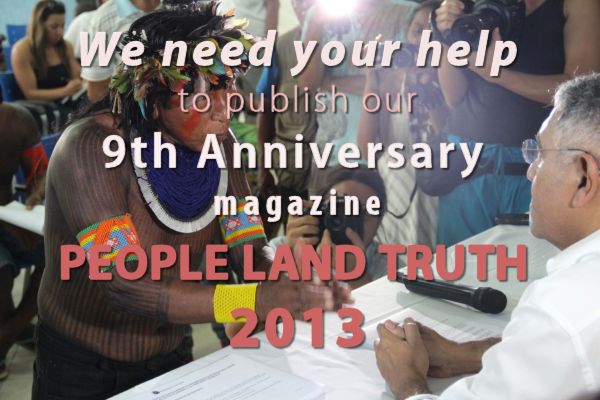 We here at Intercontinental Cry are excited to announce the launch of a new IndieGoGo campaign for our upcoming 9th anniversary magazine, PEOPLE LAND TRUTH 2013.

Our goal is to raise enough money to print at least 150 copies of the new magazine & cover the expenses of printing our first two magazines, PEOPLE LAND TRUTH 2012 and INDIGENOUS STRUGGLES 2012.

Once the new magazine is finished, PEOPLE LAND TRUTH 2013 will feature 40-50 of the best stories we’ve published over the past twelve months, including the now-legendary essay by Russell Diabo which helped inspire the #Idlenomore movement in Canada and an article that was just nominated for a Project Censored Award. We also hope to have an exclusive by Anishinaabe activist Winona Laduke.