SAN RAFAEL, Calif. – Dakota/Diné Elder Tom B.K. Goldtooth, the executive director of the Indigenous Environmental Network (IEN) seemed surprised as the packed auditorium of 3,000 rose with resounding applause at his keynote’s conclusion last Saturday at the Bioneers National Conference. At the podium, he remained humbled.

That doesn’t surprise Oren Lyons, a Faithkeeper of the Turtle Clan of the Seneca Nations of the Iroquois Confederacy, and an honorary board member of Bioneers. “I’ve known Tom for a long time,” Lyons said. “He comes from a traditional family.”

In his speech, ‘Stopping the Privatization of Nature and Commodification of Mother Earth’ Goldtooth was the voice for Indigenous Peoples, asking the world to turn away from destroying, privatizing and commodifying nature, to turn instead to indigenous wisdom with “indigenuity.” 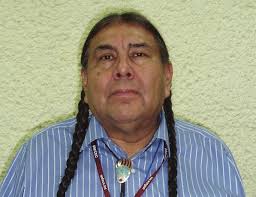 The European concept of the natural world, Goldtooth said, has become a dominant concept world-wide is where knowledge and culture is property, with the attitude that commodities are to be exploited freely, and bought and sold at will. “It’s resulted in disharmony between beings and the natural world as well as the current environmental crisis affecting all life.”

That concept is totally incompatible with the Indigenous worldview, Goldtooth said. “Our sacred responsibility is to safeguard and protect this world. Human beings are not separate from the natural world but were created to live in an integral relationship with it. We can fashion sustainable solutions and re-sacralize our relationship to Mother Earth. That’s what we have to offer.”

IEN has been working with Bioneers for the past 15 years, Goldtooth told Indian Country Today Media Network. “They’ve been engaged with protection of the environment, they are socially conscious, they embrace food sovereignty, and that’s why we come here.”

Goldtooth and Melissa Nelson (Turtle Mountain Chippewa) of The Cultural Conservancy led the first Bioneers Indigenous Forum in 2007, “a sovereign space for indigenous peoples issues at the Annual Bioneers Conference,” said Cara Romero (Chemehuevi), the director of Bioneers Indigeneity program. “Since that year, Tom has worked closely with Bioneers to design the Forum programming and has sat on the Board of Directors to ensure that the program is Native led and developed.”

Since their inception, Bioneers has been deeply influenced by indigenous thinking and has kept the indigenous voice central to our mission, believing this is a critical path to restoring social and ecological balance to Mother Earth, Romero said. 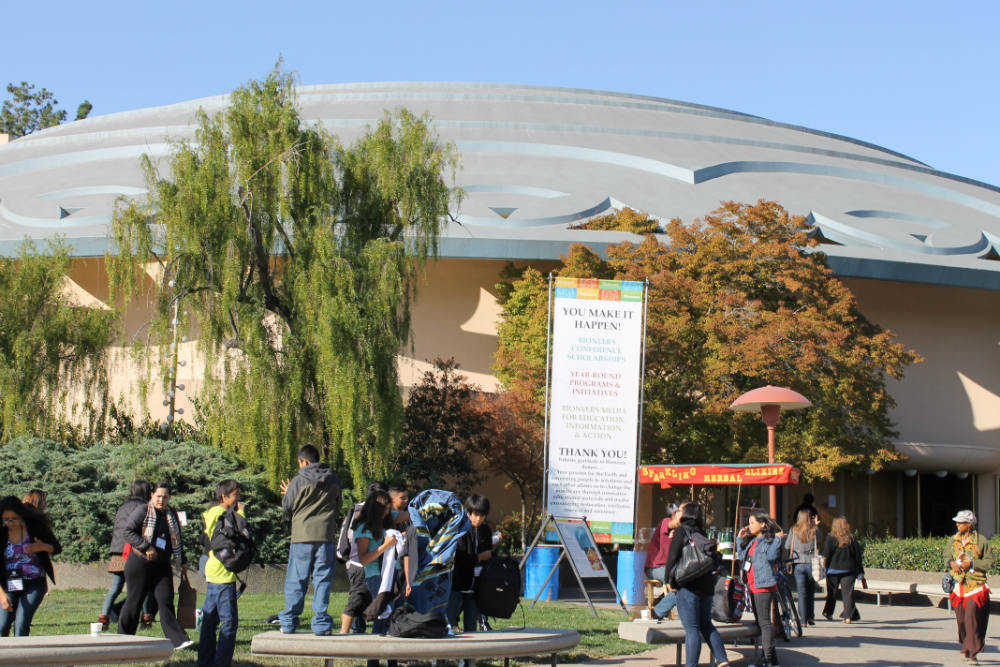 Indigenous youth in the sanctity of Bioneers National Conference.

“The Indigeneity program of Bioneers speaks to the elemental connection between people and place,” said Romero. “Because disconnection from place and cultural erosion are the primary conditions leading to severe ecological and social problems, it’s critical that people now reconnect to place.  Beginning at a community level in the San Francisco Bay Area bioregion, the Bioneers Indigeneity program is initiating a restorative approach to relocalization and reindigenization, creating a bridge between cultures and teachings and by advancing the ever growing Indigenous Forum at our annual conference.”

IEN formed in 1990 when grassroots Indigenous peoples and individuals came together to address environmental and economic justice issues. The organization coined the term, “environmental justice,” or EJ. They organize campaigns and direct actions such as their high visibility KXL/Tar Sands campaign. They’ve built the capacity of community and tribes to address EJ issues, developed initiatives to impact policy, and created alliances among Indigenous communities, tribes, inter-tribal and Indigenous organizations, ethnic organizations, faith-based and women groups, youth, labor, and environmental organizations, among others.

Lyons, an honorary Bioneers board member, calls IEN the activist organization in North America. “Tom finds the hard issues and then moves in that direction,” Lyons said. “They don’t shy away from the politics. I haven’t found any place where he’s taken any misstep.”

Bioneers has connected countless innovators such as farmers, educators, scientists, and social justice activists with engaged citizens who make a real difference in creating change in their own communities and workplaces. Bioneers’ first project in 1990 under their parent foundation, the New Mexico-based nonprofit organization Collective Heritage Foundation, was the Native Scholars Program, working directly with indigenous farmers to help conserve traditional cultural practices as well as seed stocks.

The National Bioneers Conference takes place annually the third weekend in October in San Rafael, Calif. According to their brochure, it offers “wildly diverse landmark programming brimming with deep knowledge and wisdom, as well as many opportunities to participate and connect with the Bioneers community of leadership.”

This year’s 20th annual conference opened with a performance by R. Carlos Nakai, the world’s premiere Native American flutist. Keynote speakers in addition to Goldtooth included the actor and humanitarian Danny Glover, Aleut and Alaska Native Science Commission member Ilarion (Larry) Merculieff, acclaimed biologist and author Janine Benyus, the “Story of Stuff” Annie Leonard, and “Queen of the Forest Canopy” Nalini Nadkarni, along with a host of other brilliant and innovative thinkers and doers that offered solutions to today’s most challenging issues.

Content from the National Bioneers Conference is recorded and produced as award-winning multi-media, including: the Bioneers: Revolution from the Heart of Nature public radio series, the Bioneers Essentials series airing on Link TV and Free Speech TV, and the Bioneers Indigenous Forum and other acclaimed Bioneers Media products available for personal and formal education.