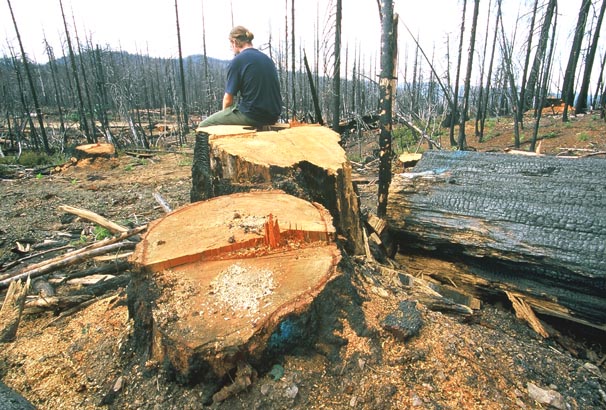 The following is an opinion piece from the the World Rainforest Movement’s Bulletin for the month of April (links added by me).

A Tale of Two Conventions

Once upon a time … the governments of the world got together and agreed that the Earth was facing severe environmental problems and that something needed to be done about it. The historic event was named the Earth Summit and it took place in 1992 in the tropical scenario of Rio de Janeiro.

Everyone was feeling very enthusiastic because governments had committed themselves to a new type of development -which they defined as “sustainable”- which would prevent the negative environmental impacts of the until then prevailing development model.

People became even more hopeful about the future when they were told that from then on governments would ensure that all types of production would be socially equitable and environmentally friendly.

As proof of the seriousness of governments’ commitments, a Convention for the protection of biodiversity (CBD) was agreed upon and so was another one for the prevention of climate change (UNFCCC).

However, both conventions where soon highjacked by the ogre present in most tales. Even worse, this particular story had a large number of extremely nasty ogres who were only interested in devouring all the Earth’s resources. The only sustainability they were interested in was that of the flow of money into their pockets.

As we all know, this is –unfortunately- a true tale about the takeover of the two conventions by transnational corporations. As a result, instead of protecting biodiversity, the CBD has opened up spaces for corporate control over the Earth’s biological wealth –including genetic manipulation of life forms. Instead of working to prevent climate change, the UNFCCC has helped to create a useless –in terms of climate- but extremely profitable carbon market [also see here] for the benefit of the same corporations that are destroying the climate.

These corporations have been so successful that 16 years after the two conventions were approved, biodiversity continues to disappear in forests, grasslands and wetlands, while climate change continues to increase. Even worse, the two conventions have become useful tools for corporate profits in industries such as biotechnology, agribusiness, hydroenergy, nuclear power and others, while enabling the worse biodiversity and climate criminals –headed by the oil industry- to continue business as usual.

For making the two conventions comply with their original mandate -to conserve biodiversity and to avert climate change- it is therefore necessary to remove the highjackers’ influence from both processes and to build pressure from organized civil society demanding governments to change course.

The story is still unraveling. The two conventions will meet this year: the CBD in May and the UNFCCC in December. A happy ending is still possible, but the outcome will depend on civil society’s capacity to counter corporate influence and to put peoples’ needs on the conventions’ agendas.