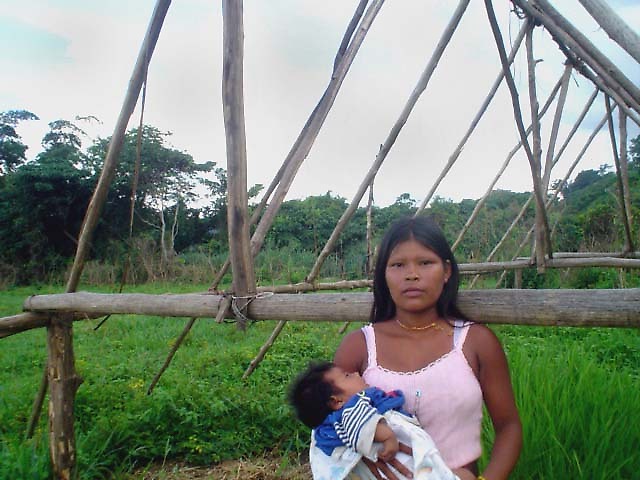 The Yukpa, an indigenous community in the northwestern region of Venezuela, were attacked last week by hundreds of armed aggressors.

“According to the Yukpa, the aggressors were hired by elite landowners to evict the indigenous population from the vast, largely idle pastures in the region known as the Sierra de Perijá near Venezuela’s northwestern border with Colombia,” writes James Suggett of Venezuela Analysis.

“The attacks were the latest and largest in a string of attempts to intimidate and terrorize a Yukpa community since they intensified their land recuperation efforts over the past year by occupying 14 privately owned estates known as Haciendas,” he continues.

There have also been repeated attempts to assassinate the Yukpa Cacique (chief) Sabino Romero, who is leading the recuperation efforts. Last month, an attempt resulted in the death of Cacique Romero’s father.

The aggressors once again sought him out during last week’s attack. “They arrived quietly and hit me over the neck with their guns and hit me in the back. They grabbed me by the hair and dragged me and asked for Sabino, yelling dirty words and saying they are going to kill me,” testified Guillermina Romero, Sabino’s daughter (pictured above).

The Chavez government, unfortunately, has not come to the defense of the Yukpa. Nor have they taken any steps in the way of demarcating their land, as they are supposed to do under the constitution, and a 2005 Indigenous Peoples law.

According to government figures, the Yukpa are among 59 other cases, out of 67, that the government has been stalling on. “Yukpa leaders say the government quietly placed the controversial land demarcation initiative on the political back burner last year, presumably in order to minimize conflict in the runup to this November’s regional and local elections,” Suggett explains.

“In addition, land demarcation officials demand geographical and agricultural information that can only be obtained with the cooperation of the powerful and violent hacienda owners. Thus, Yukpa leaders say they have no choice but to trespass on the lands that were stolen from their grandparents over the course of the 20th Century.”

He continues, “As tension mounts, the government led by President Hugo Chávez faces the decision of whether to expel the Yukpa in defense of private property in this semi-fuedal zone or comply with its own land titling initiative by giving collective land titles to the Yukpa, compensating the current owners, and protecting the Yukpa from mercenary attacks.

The National Guard, which did not respond to any of the recent mercenary attacks, has now mounted batallions within a kilometer of the occupying Yukpa community and awaits orders from the state. National Intelligence officials also arrived last Monday, according to alternative media sources at the scene.”

Photo from aporrea.org. More news (in Spanish) available at venezuela.indymedia.org