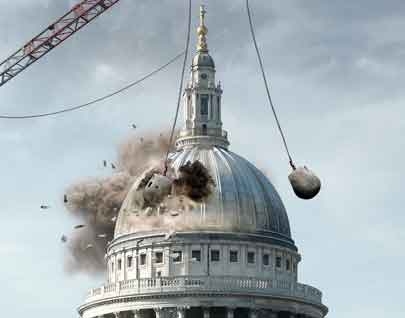 Following-up last week’s story about Vedanta and the Dongria Kondh, the company recently held it’s Annual General Meeting (AGM) in London, where it assured shareholders and the attending Kondh that it will not proceed with it’s bauxite mine in the sacred hills of Nyamgiri without the tribe’s consent.

“I can only promise that we will only start work if we have complete permission of the court and the people,” said Vedanta CEO, Anil Agarwa.

According to Survival International, “[this] is the first time the company has made any such commitment to comply with international law, which recognises tribal peoples’ right to give or withhold consent for developments which profoundly affect their future,” adding, “Vedanta’s Executive Director Kuldip Kaura backed up Mr Agarwal by emphasising, ‘the local people have to give their consent.’”

Meanwhile, on the same day of the AGM, the non-profit group ActionAid organized a media stunt to illustrate the Dongria Kondhs concerns. They lodged an official request to destroy St Paul’s Cathedral (see the above mock-up) to mine for minerals and process its roof into drink cans and foil for chocolate bars.

In a press release issued the same day, July 31, ActionAid said “the request is comparable to that of London-based Vedanta Resources’ wish to construct a strip mine to extract Bauxite from the Niyamgiri sacred mountain in Orissa.”

“The mountain is worshipped as the home of Niyam Raja, the god of the 8,000-strong tribe.” It is also the center around which their social, cultural and religious life revolves. They themselves don’t even cultivate on the hilltop out of respect. The release continues,

“This is a David and Goliath struggle. We’ve applied to knock down St Paul’s to raise awareness of Vedanta’s outrageous plan to destroy the Kondh’s spiritual home,” said campaign[er] Brendan O’Donnell.

ActionAid claims the mine plans will lead to massive deforestation and the destruction of protected local ecosystems and key water sources.

“Just as Londoners wouldn’t tolerate the demolition of their cathedral to make a quick buck, so the Kondh people won’t allow their treasured mountain and forests to be destroyed,” Mr O’Donnell continued.

“Vedanta’s investors should be appalled that their money is backing the desecration of a sacred Indian site and the destruction of forests on which people rely for food, clean water and a living.”

“People need and want development, but projects which threaten to deny tribal communities of their most important asset can’t be seen as a step forward.”

But now the Dongria Kondh have nothing to fear, right? Vedanta promises.