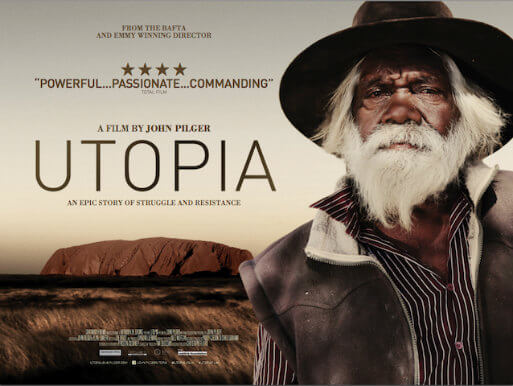 This is Utopia, an epic production by the Emmy and Bafta winning film-maker and journalist John Pilger. Utopia is a vast region in northern Australia and home to the oldest human presence on earth. The film itself is “… a journey into that secret country,” says Pilger in Utopia. “It will describe not only the uniqueness of the first Australians, but their trail of tears and betrayal and resistance – from one utopia to another.”